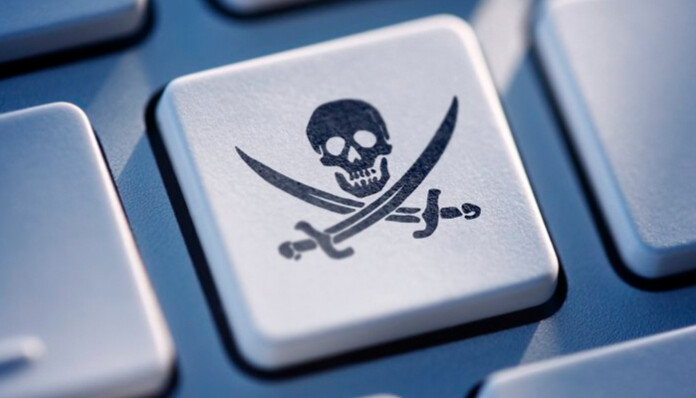 The Alliance for Creativity and Entertainment (ACE) has struck again. Several weeks after a Kodi-powered Dragon Box was sued, the anti-piracy group managed to identify a large group of developers of Kodi addons. Scattered across the world, some of the most prominent individuals from the Kodi community have received cease and desist letters.

The ACE group is comprised of more than 30 companies, with several big names. These include Amazon, Netflix, HBO, BBC, Hulu, Lionsgate, Village Roadshow, and numerous others. As you can see, these are both media streaming companies and major Hollywood studios. It looks like the group’s latest efforts are now aimed at developers and distributors or addons for Kodi, as well as those who produce Kodi-related tutorials on YouTube. 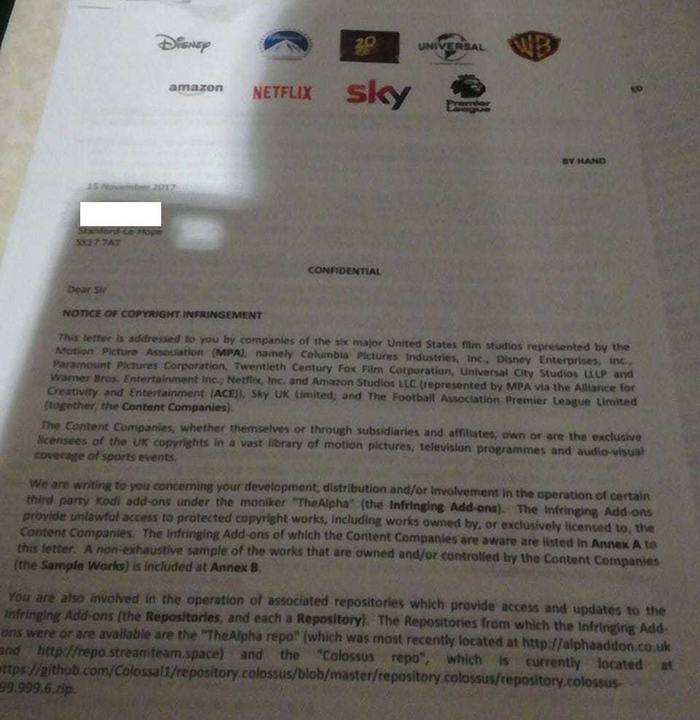 As can be seen in the image above, a cease and desist letter found its way to TVAddons, a hugely popular team of developers. TVAddons resurfaced months ago and even created their own Git Browser – an easy way to install third-party Kodi addons. A representative from TVAddons is also saying that the lead developer at the Noobs and Nerds repository has been targeted. Furthermore, the official Noobs and Nerds website has been suspended, as well as the group’s Twitter account. We don’t have any information whether this group will be back online, which also means that a large number of popular addons are no longer available. 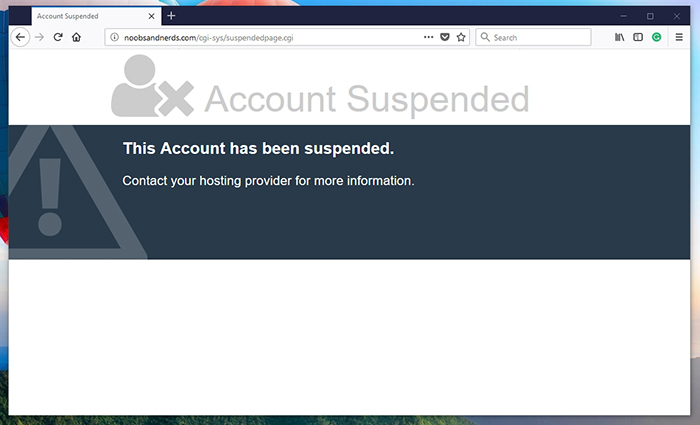 Another developer that goes by the name of Teverz was threatened. This individual is in charge of the Teverz repository, which is still online. His YouTube channel is also online as Teverz doesn’t plan on giving up. In a similar fashion, a developer known as Doggmatic is prepared to fight back. This developer is part of the Illuminati repo and has several builds under his belt.

Finally, a developer behind a popular addon named Neptune Rising is under legal attack. He is one of the individuals who received the cease and desist letter. SpinzTV is the final group facing this threat – and who decided to throw in the towel. 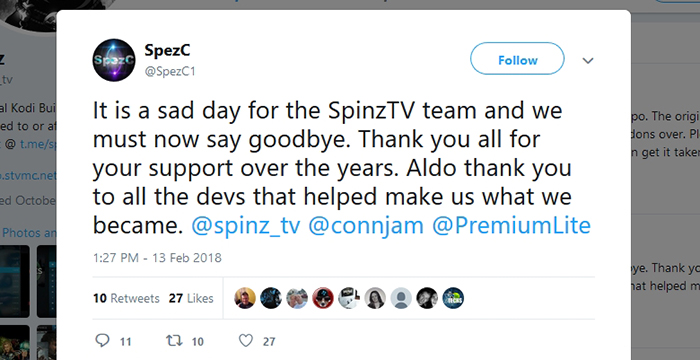