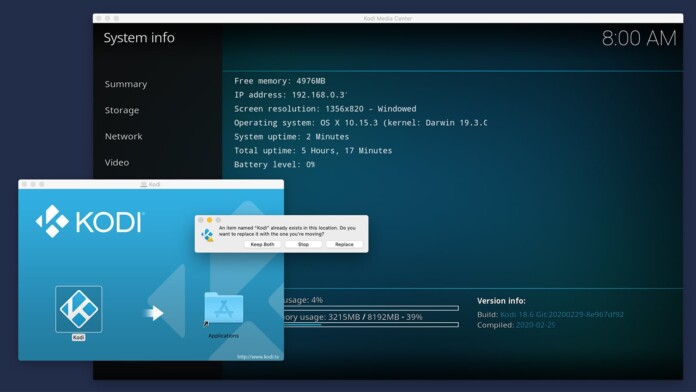 Kodi’s developers are surely known for their promptness in issuing bug-fixing updates. The latest major version of Kodi (18.0 Leia) was released a bit over a year ago -  with incremental updates following every couple of months. However, things have started to slow down since Kodi 18.5 was released, which happened in November 2019. And now, after close to 4 months of working hard, this application’s developers are ready to unveil Kodi 18.6 Leia – now available for download on Windows, macOS, Android, iOS, Linux, and all other supported platforms.

Even though an official blog post about this release hasn't been published yet, we can dive into Kodi’s GitHub page, where we can check some of the stuff that was implemented in the latest release. As far as we can tell, no new features are to be found in Leia 18.6 – but instead, we’re talking about a large group of bug fixes and performance improvements, some of which are noted below:

As you can see, updating to Kodi 18.6 Leia isn’t something that’ll change your user experience – at least when it comes to the application’s visuals. However, we strongly advise applying the latest patch, even if you’re not experiencing any issues with the version of Kodi that you’re currently using. Kodi 18 Leia has become an incredibly stable application, and there’s no reason not to apply new updates as they come.

Finally, it’s interesting to note that Kodi’s development team is already working on Kodi 18.7 – which currently doesn’t have a release date. And of course, plenty of effort is being put into developing Kodi 19.0 Matrix (Alpha 1) – with over 650 issues being resolved and 70+ issues being open on GitHub right now.

If you’d like to update your Kodi to 18.6 Leia, you can download the latest version from Kodi’s official website. Select your operating system on that page, and then download Kodi 18.6 Leia from the 'Recommended' tab. Alternatively, you can use the following scripts: Kodi Android Installer and Kodi Windows Installer – to update without having to re-install the application.