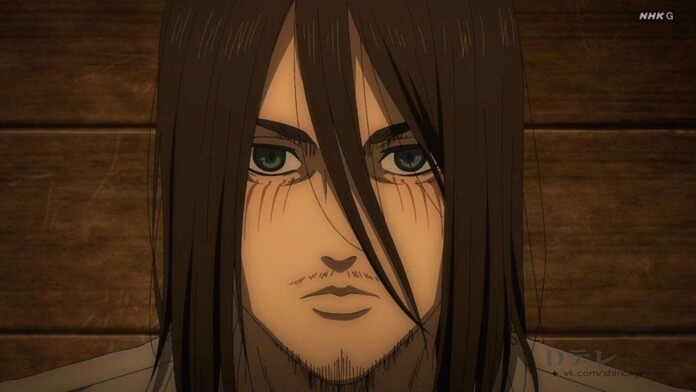 Action has been present in anime, no matter the genre, since the very beginning. Despite not being the primary focus like it used to be, action has always been successful in garnering attention from new fans. After all, anime with thrilling confrontations paired with a good storyline never fails to see a boost in popularity.

Iconic shows such as Naruto, Bleach, One Piece, and Hunter x Hunter have tried this formula and massively succeeded, and the new generation of shows are following down the same path. However, while blood-pumping action is exciting to watch, a good story is essential to the viewer’s enjoyment.

So with that said, let’s take a look at ten excellent and diverse action anime with a good story!

Psycho-Pass is a cyberpunk action anime that raises essential questions on morality and justice. The series takes place in the 22nd century in Japan, where a technologically advanced system called Sibyl is used to determine threats towards the country. It does so by examining each citizen's mental state for signs of criminal intent and allowing inspectors to subjugate any that harbor ill-will. As Akane Tsunemori, a young and honest woman, enters the work field alongside veteran Enforcer Shinya Kougami, the Sibyl System's judgments are finally questioned.

Psycho-Pass does in two seasons what has never been done before, at least not in such a unique way. It beautifully interweaves morality with action so that the viewer gets to ponder over the show's psychological and philosophical aspects as well as experience blood-pumping fights.

The anime also boasts a rich story, as Akane’s struggle with figuring out the true nature of justice and questioning its enforcement through the use of a system that may already be corrupt draws many parallels with reality.

If you catch yourself craving for a series that makes you question things but allows for mindless entertainment at the same time, Psycho-Pass is the anime for you.

Despite being one of the newest releases, Jujutsu Kaisen is an action anime that had to be added to this list. The story follows Yuuji Itadori, a young boy who spends his days at either the clubroom or with his bedridden grandfather at the hospital. However, after encountering a cursed item, he finds himself suddenly thrust into the world of Curses. Even worse, after swallowing a finger belonging to the demon Sukuna Ryoumen, the "King of Curses,” Yuuji’s life is constantly under threat.

Determined to lessen the suffering of the people troubled with Curses, Itadori enters the Tokyo Metropolitan Jujutsu Technical High School and begins to walk down the path of a Jujutsu sorcerer.

Jujutsu Kaisen has become immensely popular since its recent release, and many fans have deemed it the best Shonen anime to exist. Unlike other anime, there's no dull moment, and almost every episode leaves the audience addicted to more. With a brilliant storyline, beautiful art, and epic fight scenes, every episode of Jujutsu Kaisen feels like a finale.

My Hero Academia, another immensely popular modern behemoth, beautifully combines action with a good story. The plot revolves around Midoriya Izuku, a quirkless child who wants to be a hero. Despite not having any powers, he refuses to give up on his dream and sets his sights on the elite hero training academy, UA High.

Midoriya's life takes a sharp turn after a chance meeting with the number one hero, All Might. Discovering that his dream is not a dead-end, he undergoes special training, works harder than ever, and inherits All Might's power. With his newfound abilities, Izuku enters his school of choice, beginning his grueling journey to become the best hero in the world of My Hero Academia.

The display of various quirks and their usage in fights is exhilarating to watch, and with a well-paced story, My Hero Academia is a must-watch action anime.

Gintama takes place in a quasi-historical Edo that has been invaded by the Amanto, aliens from outer space. Unfortunately, the nation's strongest warriors are no match for the alien technology, and in an effort to prevent another uprising, humans have been banned from carrying swords.

Enter Sakata Gintoki, a former samurai with silver hair who runs Yorozuya (odd jobs) from his rented second-floor apartment. Accompanying Gintoki in his jack-of-all-trades line of work are Shinpachi Shimura, a boy with glasses as his identity, and Kagura, a member of the strongest race in the world. With frequent run-ins with the police, joui rebels, and masochistic assassins, there’s never a lack of action.

Unlike most anime, Gintama's story is extremely haphazard. However, Gintama is nothing if not consistent in its approach. The underlying story of Gintoki and his "friends'' going through their days doing odd jobs for people remains. In fact, Ginatama's story is one of its strongest points.

Despite being a comedy series at its core, the series has a lot of fights, each more thrilling than the rest. Gintama's top-tier comedy and action combined with a good story definitely make it worth a watch.

Mobile Suit Gundam is set in a distant future where the complete depletion of fossil fuels led to an energy crisis unlike any other. Here, humanity was divided into two parts - factions that could access a solar power generator, giving them limitless energy, and countries that plunged into poverty and warfare due to their former dependency on the sale of fossil fuels.

Amid this ensuing chaos, an organization identifying itself as "Celestial Being" appeared with mysterious and technologically advanced Mobile Suits known as Gundams. Mobile Suit Gundam 00 follows the story of Celestial Being's Gundam Meisters Setsuna F. Seiei, Lockon Stratos, Allelujah Haptism, and Tieria Erde as they dive into battle, aiming to end warfare and change the world.

This series gives us a view into the politics of this world, focusing on why things are the way they are. The factions and their goals are explored in-depth and criticized. The characters are also very self-aware, making the series more realistic and closer to a version of Earth's future. Mobile Suit Gundam 00 is an action anime with a great sci-fi story that should be high on your to-watch list.

Gunbuster begins with Takaya Noriko, a 16-year-old girl determined to follow her missing father's footsteps, Takaya Yuzo, a famous Admiral of the space fleet. So, despite her clumsiness and questionable talent as a pilot, she enters a training school. There, she runs into her polar opposite, the beautiful and talented Kazumi Amano, with whom Noriko is forced to work.

Despite being a typical "humans versus aliens" story, Gunbuster clearly shows the lengths to which humanity will go to survive. Furthermore, importance is assigned to both character development and mecha fights. As a result, every action is set up with real tension and high stakes while also carrying the emotional weight of the characterization and conflicts.

The pacing of Gunbuster is perfect, as it zips right along without any scene feeling unimportant. To tie it all up, the show's climax, along with its ending, is compelling, with the final episode being nothing short of moving. The story's unmatched, and with blood-pumping fights, Gunbuster is a must-watch underrated gem.

Attack on Titan has been considered one of the best action anime of all time, especially now that its manga has concluded. The story has an interesting premise. One hundred years before the start of the anime, humanity has been on the bridge of extinction due to monstrous humanoids called Titans that devour humans. What makes these giants truly terrifying is that their taste for human flesh is not born out of hunger but pleasure.

Now, in the present, the remaining small population of humanity lives confined within three "heavenly" walls, resulting in 100 years without a single titan encounter. However, that calm is soon shattered when a titan manages to breach the outer wall and initiates a massacre.

During this tragedy, our main character, Eren Yeager, witnesses his mother's horrific death and vows to exterminate all titans one day. To do so, he enlists into the Survey Corps, an elite military unit that combats the titans outside the protection of the walls. Along with his adopted sister Mikasa Ackerman and his childhood friend Armin Arlert, they join the brutal war against the titans and race to discover a way of defeating them before the last walls are breached.

Attack on Titan has an expansive story, with epic fights, gore, and lots of dialogue. It is truly a show that reaches perfection and entertains the audience thoroughly.

Fullmetal Alchemist: Brotherhood is an adaptation of Hiromu Arakawa's manga of the same name. The anime is notorious for occupying the first rank on MyAnimeList for time immemorial and being deemed perfect.

The story revolves around the Elric brothers, who pay a terrible price for attempting human transmutation: the one forbidden act of alchemy. The older brother, Edward, loses his left leg, while the younger, his physical body. However, the former's sacrifice of his right arm affixes Alphonse's soul to a suit of armor.

Now a state alchemist, Edward seeks the Philosopher's Stone, a mythical relic that allows an alchemist to overcome the Law of Equivalent Exchange with his younger brother. But, unfortunately, while they come closer to realizing the true nature of the elusive Philosopher's Stone, the Elric brothers get caught up in a nationwide conspiracy with their humanity at stake.

Fullmetal Alchemist Brotherhood is excellent in every aspect and has very little, if anything, that can be called a flaw. The story is brilliant, and the pacing is perfect, with just enough drama, action, and comedy to thoroughly entertain the audience.

Berserk is a legendary action anime that is set in a medieval world of strife. The story follows Guts, a young mercenary who embraces the battlefield as his only means of survival. He puts his life on the line just to make enough to get by as he moves from one bloodshed to the next.

After a run-in with the Band of the Hawk, a formidable troop of mercenaries, he is recruited by their charismatic leader Griffith. Guts quickly climb the ranks, becomes the head of the offensive faction, and takes Midland by storm. However, he slowly realizes that the world is not as black-and-white as he once assumed during this time.

This gritty tale follows one man's struggle to find his own path while supporting another's lust for power and the unimaginable tragedy that unravels.

The anime brims with violent battles and head-to-head confrontations, resulting in a lot of gore and action. The world of Guts is full of evil and brutality, and definitely not for the faint of heart.

Cowboy Bebop is one of the best action anime with a relatively good story.

The anime is set in 2071 when the space is full of bandits, people with dreams of a brighter future, and treasure seekers. With such people venturing into space, the Bebop crew is a bounty crew that enforces the law. Spike Spiegel, one of the Bebop members, works alongside his partner, Jet Black, to take down bounties. However, Spike's past haunts him and inches closer than ever.

Filled with action and comedy, Cowboy Bebop entertains its audience with every episode. The series constantly builds up the tension and ends with a chilling and beautiful resolution that many fans think back to even today. Cowboy Bebop is pretty much perfect from a narrative standpoint and should be a must-watch for everyone, regardless of their favorite genre.