Is Apple One Worth Buying? – We Have Compared the Newly Announced Subscriptions! 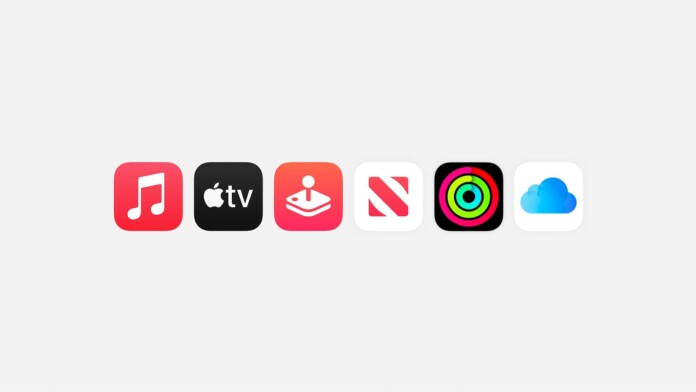 During today’s presentation, Apple didn’t only announce new hardware products. Instead, it also announced interesting software additions, which will be available by the year’s end. And in terms of software, we now have a new subscription service called ‘Apple One.’

Coming this fall, Apple One doesn’t really bring anything new. Instead, it gathers Apple’s existing services (in addition to the newly-announced Apple Fitness+ service) into a more affordable bundle. Based on a subscription plan you buy, you could get access to Apple Music, Apple TV+, Apple Arcade, iCloud, Apple News+, and Apple Fitness+.

How Much Does Apple One Cost?

How Many Subscription Plans Does Apple One Offer?

As already noted, Apple One offers three subscription plans. For more information, check out the following table, where you’ll see their individual prices – as well as which Apple services each of these subscriptions include.

How Much Can You Save via Apple One Subscriptions?

As you can see from the table above, you can save up to $25/month. This applies to those who purchase the Premier plan. If you pick the Family plan, you’ll save $8/month, while the Individual plan brings savings of $6/month.

These savings are calculated based on the total cost of subscribing to individual services bundled with Apple One. 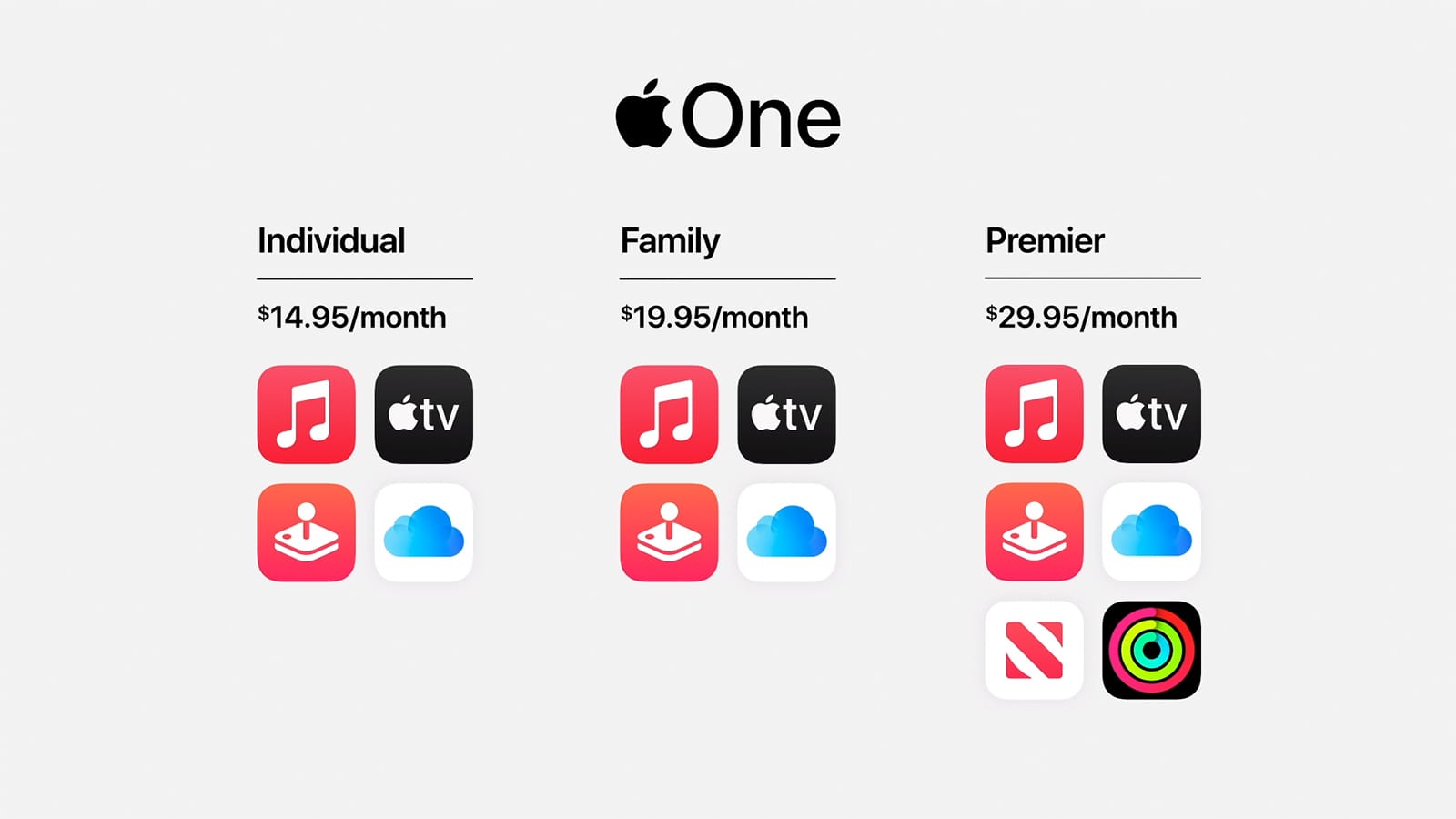 Is There an Apple One Trial?

Yes, Apple One offers a trial – but only for those services that you haven’t tried yet. Those services will come free of charge for the first month of your Apple One subscription.

Once the trial ends, your Apple One plan will renew as a monthly subscription. As you’d expect, you won’t be under any contract, which means that you’re free to cancel at any moment (which will leave you with the remainder of your monthly subscription).

What If You Need More iCloud Storage?

As you can see above, the Individual plan comes with 50GB of storage. This goes all the way up to 2TB for the Premier subscription. However, if you need more iCloud storage, Apple will let you purchase additional storage to supplement your Apple One subscription.

Keep in mind that (at least for the moment) Apple offers three iCloud plans, as explained via the table below. This likely won’t change as Apple One arrives by the year’s end.

On What Devices Can You Use Apple One?

As you’d expect, owners of Apple-made devices will get to use this new subscription service in the best way possible. However, the Cupertino-based company has been focused on bringing its services to other platforms as well.

Of course, all of those services are available on iOS, iPadOS, tvOS, watchOS, and macOS.

Will You Be Forced to Switch to Apple One?

No, you won’t be forced to switch to Apple One. We’re sure that Apple will show you several prompts, advertising numerous benefits this new subscription brings. However, all of the standalone subscriptions will still exist – so it’s completely up to you whether you’d like to upgrade.

Will You Still Get to Buy Apple Music Separately?

Yes, Apple Music is still a standalone service – which means that you’ll get to subscribe without having to get an Apple One subscription.

What’s the Release Date for Apple One?

As of right now, Apple says that Apple One bundles will be available ‘this fall’ – which means that we don’t have a concrete date. In addition, Apple Fitness+ is also expected to launch by the year’s end and will be included in the Premier subscription.

Considering that we don’t have any news regarding this year’s iPhones yet, our prediction is that Apple One could launch alongside the iPhone 12 lineup, expected to arrive sometime in October at the earliest.

So, Is Apple One Worth Buying?

Well, one thing is clear – Apple One does bring significant savings. If you take a look at those savings on an annual basis, the Individual subscription saves you $72. This goes all the way up to $300, which is how much you’ll save with the Apple One Premier subscription.

Apple One targets those interested in using multiple Apple services. So, if you’re using several services offered by this company, switching to Apple One seems like a good idea.