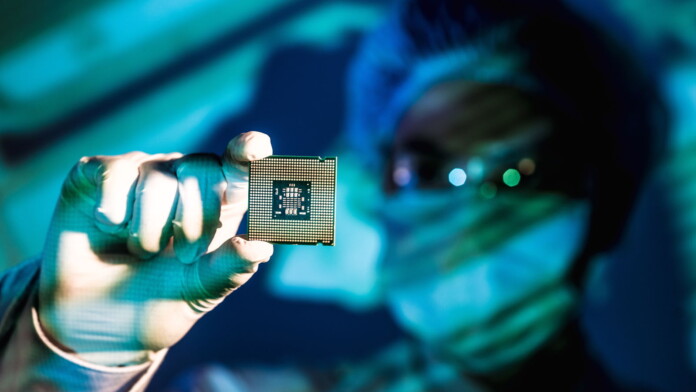 Intel has posted a revised manufacturing process roadmap, and it appears more aspiring than before, even if nobody can deny the existing problems with the massive delays on stepping to 7nm. The last time the company talked about this was in the recent “Intel Unleased” event, involving its new CEO Pat Gelsinger, where the expected arrival of the “Alder Lake” (7nm chips) was promised to hit the market for some time in 2022. This was further confirmed now as the new roadmap emits confidence that these chips will enter production in Q2 2022.

From there, Intel will fully embrace the EUV lithography to print smaller, 4nm transistors, bringing performance-per-watt improvements of about 20% compared to the previous generation. Called the “Meteor Lake,” these advanced processors are expected to ship by 2023, which is also in line with what was promised in the “Unleased” event.

Beyond that, Intel sees the further leveraging of FinFET optimizations to step down to 3nm, bringing another 18% of performance-per-watt improvements over the “Meteor Lake”. These chips won’t take long to appear in the market, possibly having the first shipments out by 2024.

And from there, we enter the realm of the crystal ball, as Intel dares to make promises of ushering the Angstrom era with two ground-breaking technologies, namely the ‘RibbonFET’ and ‘PowerVia’. The former is a name to describe the firm’s gate-all-around transistor architecture, while the latter is a unique implementation of backside power delivery that eliminates the need to route power input through the front side of the wafer. This will result in a 20A (2nm) process, which is expected to enter production in 2024, so the first products will be out in 2025.

According to Intel, the 18A (1.8 nm) process, which will be the evolution of the above, is already in development in partnership with Qualcomm. This will be based on refinements to the RibbonFET and the exploration of the next generation of ‘High NA EUV’.

Roadmaps are by no means binding, but they do create investor and customer expectations, and when they’re revised to push dates further, they have actual repercussions for the firms. Thus, even if Intel doesn’t deliver on every promise right on time, the above inevitably come in a strict context of realism. Maybe Intel’s partner IBM and its recent announcements in chip manufacturing breakthroughs have something to do with Intel’s rejuvenated confidence in its ability to move forward.