How to Watch Zara McDermott: Disordered Eating Online – Stream the 2022 Documentary From Anywhere 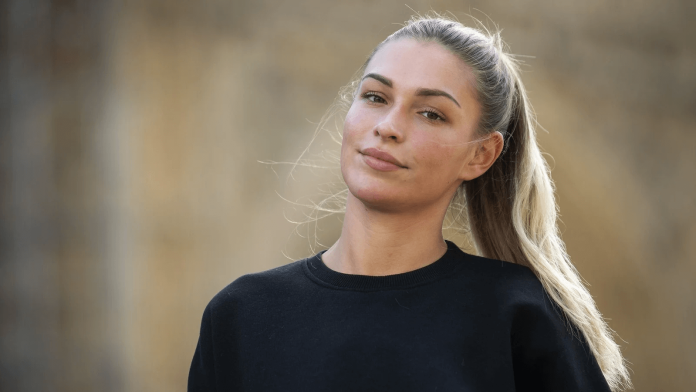 Zara McDermott: Disordered Eating is McDermott’s next documentary project, a film that explores the huge rise in eating disorders among children and young people. The new documentary is made by Summer Films, and you will be able to easily stream it online for free, so let's see more details regarding this topic.

Disordered eating, as described by eating disorder charities, will look different for everyone but may include undereating or overeating, excessive exercise, focusing more on appearance, and anxiety around mealtimes, amongst other things. Between April and October 2021, hospital admissions for children aged 17 and under with eating disorders went up by over 40%, and charities are concerned that social media may be compounding the problem. This film will take an in-depth look at the impact of social media, as well as speak with young people who are living with disordered eating and those in recovery.

Fiona Campbell, Controller BBC Three, says: “Zara has emerged as brilliant new presenting talent for BBC Three who approaches every subject she covers with honesty and integrity. Disordered eating is a very sensitive area that overwhelmingly affects the audience we are trying to reach. We promise that we will approach the subject with the care and rigor it deserves, and we hope the result is a film that can really make a difference.”

When and Where to Watch Zara McDermott: Disordered Eating

Zara McDermott: Disordered Eating is set to premiere on Tuesday, November 22, 2022. The documentary is 60 minutes long, and it will air in the United Kingdom on BBC Three at 11 pm. Of course, this means it will also be available to stream for free via the BBC iPlayer platform soon after its TV premiere.

How to Watch Zara McDermott: Disordered Eating Online From Anywhere

Nowadays, there are tons of streaming platforms available in your home country that let you easily stream your favorite movies and series online. However, these services block your access when you travel because they are geo-restricted due to licensing agreements, and this is also the case when it comes to BBC iPlayer, which is not available outside the UK. You can forget about this small setback if you watch Zara McDermott: Disordered Eating online with a VPN since a VPN can unblock streaming services by changing your IP address.

We recommend you use ExpressVPN to effortlessly unblock most of the popular streaming platforms, including BBC iPlayer, Netflix, Hulu, Amazon Prime Video, and others. This is one of the best VPNs on the market right now, with millions of customers, and it's also extremely easy to use. Courtesy of its generous 30-day no-questions-asked money-back guarantee, you can try ExpressVPN for 30 days RISK-FREE and enjoy fast and stable connections, and the best safety and privacy features this tool offers to protect your data online.

You need to create an account, so head to the company's website to get started. To enjoy a significant discount, select the annual plan when you subscribe to ExpressVPN (49% discount and get 3 months FREE). Provide the requested information, see the payment through, then download and install the native app made for your device or system. Once that's done, open the VPN app and turn it on after selecting a server from an area back home. Finally, since the geo-blocks are removed, load the streaming platform to watch Zara McDermott: Disordered Eating online from anywhere.

How to Watch Zara McDermott: Disordered Eating Online in the UK

You can watch the documentary air on TV on BBC Three on Freeview 23/109, FreeSat 107, Virgin 107 (157 Scotland/Wales), and Sky 117 (141 Scotland / 173 London), and you can also watch Zara McDermott: Disordered Eating online on the BBC iPlayer platform, where it is available free of charge. All you need in order to access this special channel is to create a free account with the service, and this will let you stream Zara McDermott: Disordered Eating online free of charge.

Keep in mind the BBC iPlayer streaming service is geo-restricted, just like all the other platforms of its kind. This means you will need to resort to a capable VPN in order to access BBC iPlayer live stream if you're traveling away from the UK. Just select a server from a location back home for this to work.

How to Watch Zara McDermott: Disordered Eating Online in the US, Canada, and Australia

At the moment, there is no information regarding any streamer outside the UK taking on this title. This is why we recommend you lean on a trustworthy VPN tool running in the background via a server located in the United Kingdom in order to unblock BBC iPlayer and watch Zara McDermott: Disordered Eating online in the US, Canada, and Australia.