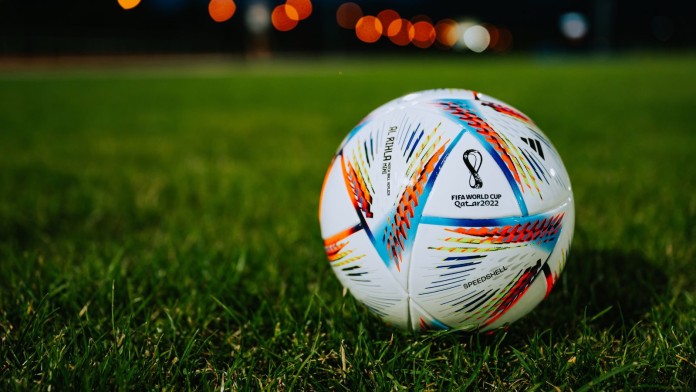 The big day for all Football fans is here - the FIFA World Cup kicks off this weekend. We can't stress enough how excited we are for the biggest sports tournament on the planet, and the good news is that even if you don’t have cable or satellite TV, you can watch the World Cup 2022 on Fire Stick and Fire TV if you know how.

Yes, Soccer's spectacular entertainment will get aired for free in many streaming apps on the Amazon platform. This also means you will be able to see every appalling VAR decision along with your favorite team navigating amongst the 32 squads in Qatar directly on your TV using Fire Stick. In fact, Fire Stick is one of the best streaming options for FIFA that millions are going to use.

Having that said, you may encounter hurdles while trying to stream the FIFA World Cup on Firestick. One of the main issues is the geo-restrictions on the streaming platforms, which makes them inaccessible everywhere apart from their home country.

To bypass these restrictions on Firestick, you can simply use a World Cup VPN. And if you do not know how, we will lay out the blueprint in this guide for how you can watch the FIFA World Cup 2022 on Firestick from anywhere around the world.

Also, check our central guide to get info about World Cup 2022 live streams and the latest match schedules.

Here's how you can watch World Cup 2022 on Fire Stick with a VPN the simple way:

It’s worth noting that the official streaming apps come from various regions and may have active restrictions for viewers outside their country. We strictly recommend using a VPN service at all times for secure and error-free streaming.

Can you get Free World Cup Live Streams on Fire TV?

Yes, you can get free World Cup Live Streams on Fire Stick as well as on Fire TV. Here we are listing down all the official apps which you could use to watch FIFA World Cup on Firestick. After setting up a VPN, you can move straight to the Amazon Appstore and download one of the listed apps.

Depending on your location, you may find multiple networks that have secured the FIFA World Cup broadcasting rights. For example, if you are in the UK, you could easily turn to BBC iPlayer and ITV Hub for all the Football action. In fact, the BBC iPlayer app is our top choice for streaming all the World Cup action for free.

SBS On Demand is another free service, however, limited to Australia. However, it is free and pretty reliable. The other free option is JioCinema from India. If you are not in the same country as these broadcasters, fret not! As we mentioned earlier, you could use them to stream on Fire Stick by using a VPN.

There are other paid streaming options, many of which are available exclusively to US viewers, including Telemundo, Fox Sports, fuboTV, and YouTube TV.

Thanks to the mentioned broadcasting services, you don’t need to be physically present in the Middle East to stream the 2022 FIFA World Cup matches live. All the mentioned streaming platforms have their apps on Amazon Store. Simply download them on your Firestick or FireTV. And as long as your VPN service is turned on, you could be assured of watching the World Cup restriction free.

Additionally, there are a handful of broadcasters that have confirmed to air every match in 4K HDR, including BBC iPlayer, Fox Sports, and Jio Cinema. That’s great news for viewers in the US, the UK, and India. However, if you are anywhere else, streaming matches in 4K can get a little more complicated.

At Technadu, our go-to platform is BBC iPlayer. The app is free and pretty reliable at streaming 4K content, as long as you have a good internet connection. The industry standard is 25 Mbps for seamless 4K streaming, which shouldn’t be a problem if you have broadband. The reason we prefer BBC over other broadcasters is that the service streams in native 4K instead of merely upscaled 1080p HDR feed.

The story is a bit sad for Aussies with their SBS on Demand, which has confirmed not to get 4K coverage. Once again, you can use a reliable VPN if you're not in the home country of the streaming network your want to use.

Apart from a broadcasting network, you would also need a 4K compatible device. If you have a 4K TV or any supporting device for that matter, you certainly should be good to go. You can download your favorite app from the Amazon store and stream all the action in a pixel-perfect high-definition.

Hayya Hayya! We are better together.

This is all on how to watch FIFA World Cup 2022 on your Fire Stick and Fire TV. If you found this guide helpful, share it with your friends and family. Also, if you have any questions, leave us a comment.

Latest
Sports
How to Watch World Cup 2022 Online: Live Stream Soccer Matches for Free from Anywhere
Christian Pulisic scored the winning goal as the United States saw off the challenge of Iran on Tuesday evening to set up...
Read more
Deals
17 Best VPN Black Friday and Cyber Monday Deals in 2022
The fact is that VPNs are subscription-based services. That said, if you're after the biggest savings, you need to pick a long-term...
Read more
Streaming
How to Watch Irreverent Online From Anywhere: Stream the 2022 Colin Donnell and P. J. Byrne Drama Mini-Series
Irreverent is an Australian drama television miniseries that will premiere soon, and we have all the information you may need on this topic,...
Read more
TechNews