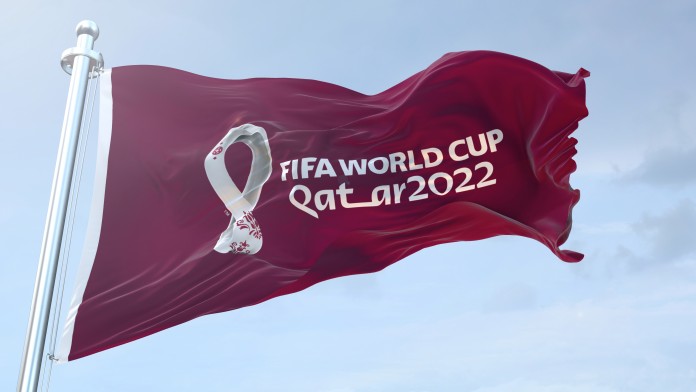 The FIFA World Cup 2022 is almost here, and for the first time ever, the prestigious tournament is being held in the Middle East - in Qatar. This will be the 22nd edition of the event and will see 32 teams, 64 matches, 8 stunning stadiums, and millions of spectators. The World Cup will feature some of the top football players in the world, including Cristiano Ronaldo, Lionel Messi, Kylian Mbappe, and more. This year, the BBC and ITV will share the FIFA World Cup broadcasting rights in the UK. Here we will let you know how you can easily watch the FIFA World Cup 2022 on BBC iPlayer & ITV Hub.

The two UK nations competing at the World Cup are England and Wales. We are eagerly waiting to watch Wales' crucial match against Iran, England and Wales' titanic home nations match, and England's opening game. The Wales team is headed by coach Rob Page, and some major players to keep an eye on include Gareth Bale, Wayne Hennessey, and Daniel James. Their highest finish was in the Quarterfinals in 1958, and in 2018, they did not qualify.

On the other hand, team England's key players include Jude Bellingham, Phil Foden, and Harry Kane, and they are coached by Gareth Southgate. Their highest-ever finish was winning the World Cup in 1966, and they finished fourth in 2018.

Out of 64 games, both BBC and ITV will broadcast 32 matches each on BBC iPlayer and ITV Hub during the tournament. Also, the finals can be watched on both networks, whereas the knock-out stage games are yet to be announced.

The FIFA World Cup will begin on November 20, 2022. The tournament's first match will be between Ecuador and Qatar, while the final game will take place on December 18. Ahead of the competition, we recommend you check out our guide on how to watch World Cup 2022 to get the latest updates.

If you're in the UK, you will easily be able to watch FIFA World Cup 2022 on BBC iPlayer & ITV Hub. Both these platforms are exclusive to the UK, and you won't be able to access their streaming libraries while traveling abroad. This is due to geo-restrictions imposed due to licensing agreements. However, if you're facing this problem, don't worry - you can always use a VPN to watch World Cup 2022 on BBC iPlayer & ITV Hub. It will remove all geo-blocks you may face and make it appear as if you are back home.

Searching for the right VPN solution? We strongly recommend ExpressVPN as it is one of the best World Cup VPNs on the market and has hundreds of servers in over 90 countries. Furthermore, it is a no-log VPN that is independently audited, offers unlimited bandwidth and 24/7 live chat support, secures your privacy online with best-in-class encryption techniques, and shields you from security breaches. You can try ExpressVPN RISK-FREE for 30-days, thanks to its no-questions-asked money-back guarantee.

You can go to its website and subscribe to ExpressVPN (49% Discount + 3 Months FREE). A sign-in link or activation code will be sent to your email address when you download the native app for your device or system. When you turn on the VPN, choose a server in your home country, and then access a streaming service to watch FIFA World Cup 2022 on BBC iPlayer & ITV Hub online from anywhere.

Which World Cup 2022 Games Can I Watch on BBC iPlayer in the UK?

If you're in the UK, you can watch the World Cup 2022 on BBC One and BBC Two, as well as on BBC iPlayer. You'll be happy to know that over the course of the 28 days of the tournament, the BBC will broadcast 33 live matches on TV and the iPlayer. All live broadcasts from BBC iPlayer will be accessible on any of your chosen devices, and that too, for free, and you don't even need to create an account to watch it!

Additionally, BBC Radio 5 Live and BBC Sounds will broadcast coverage of all 64 matches in Qatar. All of Wales' games will also be covered by BBC Radio Wales and Radio Cymru.

It is important to mention that the BBC will get first dibs on the tournament's Semi-Final stage for TV and iPlayer, along with three Rounds of 16 matches, two-Quarter Final matches, and the World Cup Final on December 18.

Let's take a look at the BBC World Cup Schedule (all timings in BST):

Which World Cup 2022 Games Can I Watch on ITV Hub in the UK?

You may also watch the 2022 World Cup on the free-to-air network ITV, and its streaming platform, ITV Hub. Anyone in the UK can easily watch FIFA World Cup 2022 for free on ITV Hub by creating an account on the website. If you do this, you will have full access to all of their ad-supported content. And if you want to go ad-free, you can always opt for ITV Hub Plus, which has a 7-day free trial and a monthly price of £3.99 or £39.99 per year.

Let's take a look at the ITV World Cup Schedule (all timings in BST):

Also Read: How to watch World Cup 2022 in Spanish on Peacock and also on Sling TV and on fuboTV