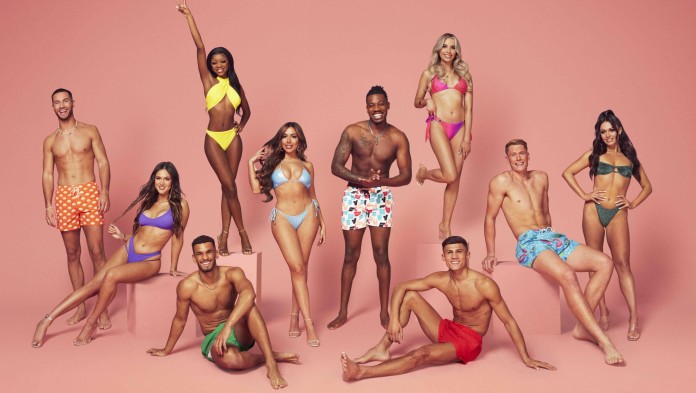 Winter Love Island 2023 is almost here, and we cannot wait to get back to a luxurious villa and follow the contestants through their drama and exciting stories, but the best thing is that we will be able to stream the episode online from anywhere we may be - at home, on the go, or even while traveling abroad. We have the premiere date, cast, host, location, and everything else you may want to know, so keep reading.

Jordan enjoyed dates with Olivia and Samie while Casey had dinner with Olivia and Jessie. After seeing that things weren't working out well between him and Samie, Kai made a move on Olivia. She agreed that he was more her type and that she wanted to know him better, but wasn't sure if he was drawn to her.

When Lana went to talk to Casey about his dates, he informed her that Jessie had friendzoned him, which was wonderful news for her. Ron drew Lana aside for a conversation as he promised to work hard to back up his statements. It happens after he reconciled with Shaq and after Shaq expressed displeasure with the way he handled the Lana situation. Ron volunteered to cook Lana breakfast and let his actions speak for themselves.

Later, the Islanders had to participate in a kissing competition. Each girl took it in turns to give the lads their ideal kiss while they were still blindfolded. The girl with the most points after the boys scored them was declared the winner - Tanya, and Shaq was put off by this.

Viewers were invited to vote for their favorite boy at the conclusion of the episode, but that probably means trouble for the boys who received the fewest votes.

We will have hot singles on Love Island Season 9, new rules, and a super hot and eco-friendly resort in this edition. This being said, let's see where, when, and how to watch Winter Love Island 2023 online for free.

How to Watch Love Island 2023 Outside UK from Anywhere

Nowadays, streaming our favorite titles online in our home country is super easy via a streaming service since there are so many of them, but these platforms are geo-restricted. ITVX is only available in the United Kingdom, and the way around the geo-blockades while being outside the UK is to use a tool that lets you change your IP address to one where there's no blockade. This is why you can use a VPN to watch Winter Love Island 2023 online and easily unblock ITVX.

ExpressVPN works with lots of popular streaming platforms, including ITVX, BBC iPlayer, My5, All4, Netflix, Britbox, Prime Video, and others. This tool offers thousands of servers worldwide, great speeds, stable connections, unlimited bandwidth, and tight encryption protocols. It is one of the best VPNs on the market right now, and you can virtually try ExpressVPN for 30 days RISK-FREE via the no-questions-asked money-back guarantee.

There is also a hefty discount with the annual plan when you subscribe to ExpressVPN (49% discount and get 3 months FREE) on the company's website. To get started, fill in your details, pay, and follow the instructions to download the app for your system or device. Next, launch your VPN app after the installation is done and switch it on via a UK server located where the geo-blockades are off. Lastly, load the platform to watch Winter Love Island 2023 online.

In the UK, you will find the 2023 winter dating game show exclusively on ITVX. You can stream Winter Love Island 2023 online for free with ads here, but you can also get rid of the commercials with the ad-free paid premium plan for £5.99 per month or £59.99 per year, which offers new customers a 7-day free trial. The platform has thousands of hours of free content that includes original exclusive titles, and you'll also find other interesting stuff, such as The Masked Singer UK 2023, A Spy Among Friends, The Plebs: Soldiers of Rome, or Chris Kamara: Lost for Words.

You will also find Love Island 2023 on the Britbox service, which costs £5.99 per month after a 7-day trial.

The streaming services are geo-restricted, but a safe and capable VPN app will help you bypass the blockade while traveling outside the UK. Just run the app in the background via a server located back in the UK before loading the streaming platform.

The official platform that hosts UK's Winter Love Island 2023 is Hulu, where Season 9 is expected to premiere two weeks after its UK premiere, so that means the end of January. Subscription prices for the On-Demand Hulu service start at $7.99 a month, and both available plans come with a generous 30-day free trial for new customers.

Just remember this service is only available in the US, so you will need to rely on a powerful and secure VPN app to watch the series while traveling abroad. For this to work, select a server from a US region close to home and run it in the background before loading Hulu.

How to Watch Winter Love Island UK for Free in Australia

If you live in Australia, this year's Winter Love Island will be available to stream for free on the 9Now service on January 18, two days after its UK premiere. To watch this show and enjoy all of 9Now's content, you will need to log in or create a free Nine account.

Traveling away from Australia? This streaming platform is geo-restricted, so you will need to run a good VPN in the background and set it to a server from back home in order to watch the show from abroad.

Can I Watch Winter Love Island in Canada?

Canadian fans of the British dating show can watch Seasons 1 to 8 on Hayu with a 7-day free trial, and Season 9 will land here sometime in the future, but the premiere date is not confirmed.

Until then, you can watch Love Island UK 2023 online directly on the British ITVX service using a trustworthy and powerful VPN set to a UK server. Just turn the app on before loading the website to be able to create your free account and watch the season free of charge.

How to Watch Winter Love Island UK in New Zealand

Folks in New Zealand can watch Winter Love Island UK 2023 on Neon. A Basic subscription to the service costs NZ $12.99 per month after a 7-day free trial.

If you're traveling abroad, you can use a reliable VPN to remove any geo-restrictions you may face. Choose a UK server when you turn on the VPN, and then access Neon to watch Love Island UK on the go.

The line-up for Season 9 is made of the following contestants:

Who Are the Love Island UK Season 9 Couples?

Starting with the 2023 series of Love Island, Maya Jama will be taking over hosting duties from Laura Whitmore.

Love Island involves a group of contestants called Islanders who move to a remote villa while constantly under video surveillance. To remain in the game, they must be coupled up with another contestant, whether it's for love, friendship, or money, as the overall winning couple receives a combined £50,000.

On the first day, they couple up for the first time based on first impressions. Later in the series, they are forced to "recouple," when they can choose to keep their partner or pick a new one, and the ones that remain single after this step are eliminated from the show via public vote. During the final week, the public votes for a single couple to win the series.

The location is the same, but we are going to a brand-new villa. According to The Sun, the new eco-friendly luxury mansion with a massive pool and newly-redesigned firepit. Also, some new security measures will be applied, and social media rules have changed.

This year, the contestants will get guidance and training on "mutually respectful behavior in relationships" as well as resource links to help them "identify negative behaviors in relationships and understand patterns associated with coercive and controlling behavior."

What Are the New Love Island UK Social Media Rules?

In previous years, contestants' social media platforms have been run by a family member or friend while they've been in the Love Island villa, but that won't happen this year.

Where Is Winter Love Island UK 2023 Being Filmed?

For this Winter 2023 season, the show returns to Cape Town, South Africa, but in a new fancy villa.

Where Is the Winter Love Island UK 2023 Villa, and How Much Does It Cost?

The new Love Island 2023 villa will be in the Ludus Magnus estate in Franschhoek, just outside Cape Town, South Africa. Producers have reportedly spent £1.2 million on the new villa, and there are claims that one night here would be £8,000.

The villa's description says: "The paradise pictured here is the spectacular transformation of discarded vineyards into a luxurious but 100% off-the-grid lifestyle resort. An exclusive but homely retreat where accommodation is limited to 8 Manor House rooms and 3 state-of-the-art villas set in sprawling grounds. Escape the ordinary and feel inspired whether searching for a relaxed or romantic break, family getaway, or something more sporty/adventurous with our unusual facilities."

What Are the New Safety Measures in Love Island 2023?

Reportedly, there are fears that cast and crew on set could be targeted by kidnap gangs, so armed guards have been hired on top of the other security measures, such as electric gates, night vision CCTV, alarm beams, a police hotline, and guards on the perimeters of the property.

Who Is the Official Sponsor of This Year's Winter Love Island?

Ebay will return as the official sponsor for Season 9. The winter edition of Love Island will push its sustainability credentials further, says Mike Spencer, creative director of Love Island at Lifted Entertainment, as Islanders will have a shared wardrobe in their villa for the first time, stocked with garments provided via a new partnership with eBay.

Who Won the Previous Season of Love Island UK?

The 2020 Winter Love Island was won by Finn Tapp and Paige Turley, having received 44.52% of the final vote.

You can also learn how to watch Love Island 2022 (Season 8) online from anywhere.

Latest
Sports
Six Nations 2023 Live Stream: How to Watch Every Rugby Game Online from Anywhere
The Six Nations Championship makes its eagerly-awaited return this weekend as some of the world's best rugby teams go head to head...
Read more
Sports
How to Watch Bellator MMA Online from Anywhere
Mixed Martial Arts, or MMA, is a fascinating sport that continues to attract the attention of millions of people around the world....
Read more
Streaming
How to Watch Winter Love Island UK 2023 Online: Free Live Stream Season 9 from Anywhere
Winter Love Island 2023 is almost here, and we cannot wait to get back to a luxurious villa and follow the contestants...
Read more
TechNews