How to Watch Transplant Season 3 Online from Anywhere 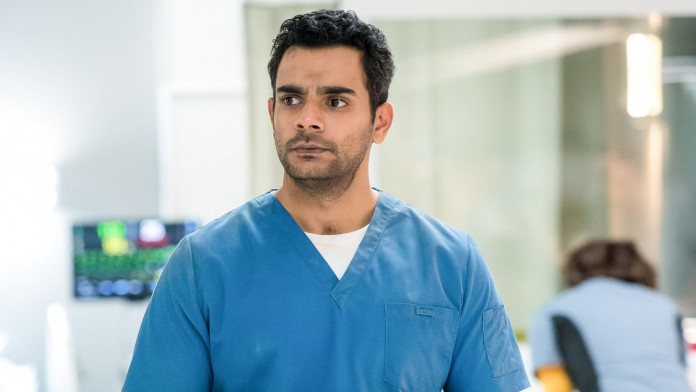 The Canadian medical drama is set to return with a new season soon, and we have all the details you may be looking for, including the premiere date, episode release schedule, cast, and plot, but also a piece of good news - you will be able to stream the episodes online just like you do with all your favorite content nowadays, even on the go or while traveling abroad. Keep reading to see when, where, and how to easily watch Transplant Season 3 online from anywhere in the world.

When Dr. Bashir Hamed, a charismatic Syrian doctor with battle-tested skills in emergency medicine, flees his war-torn homeland, he and his younger sister become refugees, struggling to forge a new life in Canada. If Bash ever wants to be a doctor again, he must redo his medical training from the ground up. He scores a residency in the biggest Emergency Department of the best hospital in Toronto, but it's a tough road. Bash's training is different, his life experience is different, and he's not an exact match for his new colleagues. But his journey is universal, and his passion and hopefulness become contagious.

In Episode 1, Bash's decisions lead to conflict with the new chief of emergency medicine; Mags struggles to save a patient who thinks the system gave up on her; June has trouble with her new roommate and gets a work proposal from Novak; Theo has trouble adapting. In Episode 2, Bash treats a man with a rare medical condition; Mags gets a visit from her parents and goes above and beyond for a pregnant woman with an undiagnosed condition; a misunderstanding with a rabies patient lands Theo in trouble.

When and Where to Watch Transplant Season 3

Transplant Season 3 premiered on Friday, September 23, 2022, when the first episode aired in Canada on CTV. The latest season will eventually land in the US as well later on, where it will air on the NBC network.

How to Watch Transplant Season 3 Online from Anywhere

Nowadays, there are tons of live TV and streaming services available in your home country that enable you to easily stream your favorite titles online, but these platforms are geo-restricted abroad or even in some other states due to licensing deals. You can bypass this blockade while traveling if you use a VPN subscription to watch Transplant Season 3 online. A VPN can remove the blockades by allowing you to change your IP address and making it seem like you're back home.

ExpressVPN is a very popular and capable tool that easily unblocks almost all the popular streaming platforms, including Peacock, Amazon Prime Video, Hulu, and Netflix. It has over 3,000 VPN servers all around the world, high speeds, stable connections, no bandwidth limits, and strong encryption protocols to protect your data online. It also offers a 30-day money-back guarantee, and this means you can try ExpressVPN for 30 days RISK-FREE.

There is a big discount that you can enjoy if you select the annual plan when you subscribe to ExpressVPN (49% discount and 3 months FREE) on their website. It only takes a few minutes of your time to create an account, so fill in your personal details, see the payment through, and download and install the VPN app designed for your device or system. After that's done, open the VPN app, select a server located in an area back home, and run it in the background. Finally, access the streaming service to watch Transplant Season 3 online from anywhere.

How to Watch Transplant Season 3 Online in Canada

Since this is a CTV original series, tune in to CTV every Friday at 8 pm ET to watch the series. You can also head to the CTV website or the CTV app to watch Transplant episodes from the last season on-demand after they air. And the best news is that it's completely free since you just log in with your cable provider credentials.

If you are traveling away from Canada and want to watch the series online, you can still do that if you lean on a trustworthy VPN. Just pick a server from a home location, and then open the live TV and streaming service you used back home to watch the series.

Since Transplant will be available to stream on NBC, it's going to be that much easier to enjoy the show online, as the network is easily available on several live TV services.

If you're a sports fan, fuboTV offers multiple sports channels besides the regular networks, and it also includes NBC in all three packs. Subscription prices start at $69.99 per month, and you also get a 7-day free trial on fuboTV upon subscribing if you're new to the service.

The Hulu + Live TV service offers NBC in select markets. You get the ad-supported Hulu On-Demand library and the Live TV platform that includes over 75 top channels, and also Disney Plus and ESPN Plus for free as a special deal right now, all starting at $69.99 per month.

YouTube TV is a great option if you want to live stream NBC since this service offers live TV from more than 85 channels, and NBC is included. Moreover, it also has NFL, NBA, and MLB networks and several attractive perks for $64.99 a month, so you should definitely consider this service.

If you can wait a day, the show will land on Peacock the day after the premiere, and you will need to go for the paid tiers to watch the latest season. Subscription prices start at $4.99 per month with the ad-supported tier, but right now, you can subscribe for $1.99 a month for a limited time. Xfinity, Spectrum, or Cox customers can get the Peacock Premium tier for free.

How to Watch Transplant Season 3 Online in the UK

If you live in the UK, viewers can also watch the show on Peacock, NBCUniversal's streaming platform. You will be able to watch the latest season of the series on Sky TV starting at £26 per month and on NOW starting at £9.99 per month, with a 7-day free trial available for all new customers - but we do not know exactly when you'll be able to do that since the premiere date was not announced for the UK.

Since most streaming services have geo-restrictions in place, you may find yourself unable to access this title when traveling away from the UK. However, if you use a reliable VPN set to a server located back home, you will lift the geo-restrictions while abroad.

How to Watch Transplant Season 3 Online in Australia

The first two seasons are already available on this streaming service, so we expect Transplant Season 3 to land on 9Now as well, but we do not have a premiere date for Australia. The best part, however, is that the content is completely free to access since all you need to do to unlock the episodes is create a free account on the platform.

Just remember that streaming platforms are geo-restricted abroad due to licensing deals, so you will need to turn to a trustworthy VPN tool to unblock them while traveling. Just run the app via a server from a region back home before loading the streaming service.