How to Watch Sidney Online For Free on Apple TV+: Stream the Oprah Winfrey-Produced Documentary 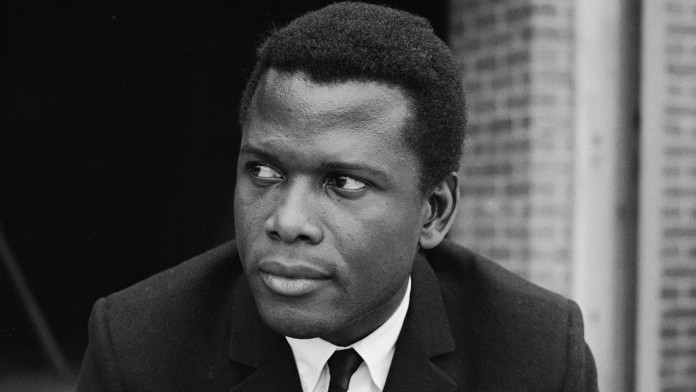 A new documentary about Sidney Poitier's legacy is soon going to premiere, and we're excited to stream it online. If you're wondering where to watch the title without spending any money, you've come to the right place. Let's check out where, when, and how to watch Sidney for free on Apple TV+.

Sidney is an insightful documentary that pays tribute to the renowned Sidney Poitier and his role as an important figure and activist in Hollywood and the Civil Rights Movement, as well as an actor and filmmaker. He was the first Black actor to win Best Actor at the Oscars and was known for films like To Sir, with Love, A Raisin in the Sun, and Lilies of the Field. Queen Elizabeth knighted him in 1974, and he was honored with the Presidential Medal of Freedom in 2009 by Barack Obama. He passed away this year at the age of 94.

Viewers will be able to watch interviews with Denzel Washington, Halle Berry, Robert Redford, Lenny Kravitz, Barbra Streisand, Spike Lee, and others. The documentary is produced by Oprah Winfrey and directed by Reginald Hudlin. In the trailer, we see Oprah say, "When you grow up in a community where everything you know is powerful and good and it’s Black, there’s no concept of race. That defines Sidney Poitier." He was a longtime friend and mentor to Oprah, and in an interview at the Toronto International Film Festival, she said, "He was my adviser, my counselor, my friend, my comfort, my balm, my joy," adding, "The film is an act of love for me for him."

Sidney premieres on Apple TV+ on September 23, 2022, and you can watch Sidney on Apple TV Plus with a 7-day free trial.

How to Watch Sidney on Apple TV+

Viewers can watch the Sidney Poitier documentary exclusively on Apple TV+. There are many countries in the world where you can stream Sidney on Apple TV Plus, including the US, UK, Canada, Australia, New Zealand, Europe, and India.

It's also worth noting that new customers can get a 7-day free trial of Apple TV+. After the trial period ends, you need to pay $4.99/£4.99/CA $5.99/AU $7.99 per month in the US, UK, Canada, and Australia, respectively. You are also free to terminate your subscription at any point because there is no binding agreement. Furthermore, if you buy a new Apple product that is eligible for Apple TV+, you can get 3 months for free.

Apple TV+ is a subscription-based platform that offers shows and films across various genres, such as dramas, comedies, and documentaries. Some titles you can watch on this service include Oscar-winning CODA, Bad Sisters, Luck, Best Foot Forward, Black Bird, Tehran, Shining Girls, Pachinko, etc. We should also mention that the streamer is supported on iPhones, iPads, Apple TVs, Amazon Fire TV, Roku, PlayStation, Xbox, and Smart TVs like Samsung, LG, and Sony. For more details, check out our complete guide on Apple TV+'s free trial.

Due to geo-fencing, access to Apple TV+ may be disabled when traveling overseas. You can use a reputable VPN to watch Sidney on the go, as the tool will remove all restrictions you may face. All you need to do is pick a server from your home country, turn on the VPN, and then access Apple TV+ to stream the documentary.