How to Watch Rosie Molloy Gives Up Everything Online From Anywhere 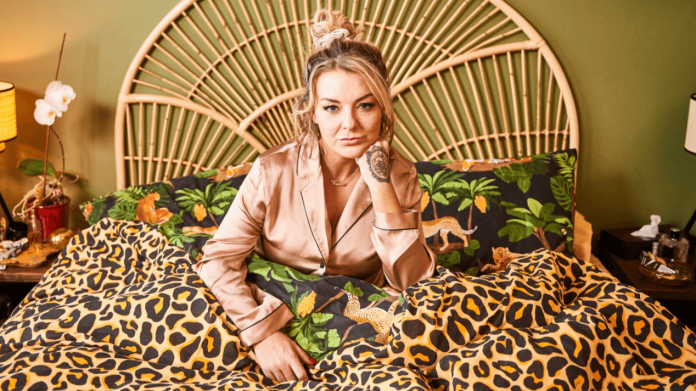 Rosie Molloy Gives Up Everything is a new comedy show about a recovering addict who tries to start fresh in life. If you want to know more about this binge-worthy sitcom, you've come to the right place!

Rosie Molloy is hooked on a lot of things, and the list includes smoking, drinking, Terry's Chocolate Oranges, Xanax, Adderall, coffee, and more. However, when she wakes up in the hospital after an unpleasant event at her brother Joey's wedding, she decides to improve her life by giving up everything. But as Rosie struggles with her father's declining health and the prospect of losing her job, she begins to realize how much her addictions are ruining her relationships with her friends, her family, and her career. Knowing that possibly the issue is not the addictions is even more difficult to accept. If Rosie truly gives up everything, will she still be Rosie?

Let's take a look at where, when, and how to watch Rosie Molloy Gives Up Everything online from anywhere in the world.

When and Where to Watch Rosie Molloy Gives Up Everything

Rosie Molloy Gives Up Everything premieres on Sky Comedy on December 7, 2022, at 10 pm in the UK, and you can also stream the 6-episode series on the NOW streaming platform.

How to Watch Rosie Molloy Gives Up Everything Online From Anywhere

When you're at home, you may simply watch your favorite shows on live TV or through a streaming service. So you can easily watch the title if you're in the UK on Sky Comedy and NOW. However, you will be unable to access your streaming library if you go overseas owing to geo-restrictions imposed by licensing agreements. You may avoid this problem by using a VPN to watch Rosie Molloy Gives Up Everything online, which will allow you to overcome geo-blocks and make it appear as if you're in your own country.

We recommend ExpressVPN for the job because it can effectively unblock most streaming sites like Peacock, Hulu, and Netflix and is one of the best VPNs on the market. It has thousands of servers worldwide, unlimited bandwidth, 24/7 live chat support, and shields you from security breaches and protects your privacy online with strong encryption protocols. The tool also offers a money-back guarantee, so you can try ExpressVPN for 30 days RISK-FREE.

You can easily create an account on its website and subscribe to ExpressVPN (49% Discount + 3 Months FREE). This is when you can proceed to download the native app for your device or system and log in through a sign-in link sent to your email address or an activation code. You can then pick a server from your home country after turning on the VPN and access a streaming service to watch Rosie Molloy Gives Up Everything online from anywhere.

How to Watch Rosie Molloy Gives Up Everything in the UK

If you're in the UK, you can watch the title on Sky Comedy or on Sky's NOW streaming service. Subscription prices start at £9.99 per month (Entertainment plan) after a 7-day free trial for all new customers. For a limited period of time, you can just pay £12 a month for 6 months for the Entertainment and Cinema bundle.

If you're traveling outside the UK, you can use a reliable VPN to bypass geo-restrictions and watch it on the go. All you need to do is choose a UK server when you turn on the VPN before accessing the streaming platform to watch Rosie Molloy Gives Up Everything.

Can I Watch Rosie Molloy Gives Up Everything in the US, Canada, and Australia?

Unfortunately, a US or international release date hasn't been announced yet, so all we can do right now is wait and hope it lands in the US, Canada, and Australia soon. However, you can use a trustworthy VPN and connect to a UK server to access the NOW streaming platform if you want to watch the series in these countries.

Rosie wakes up in the hospital following her brother's wedding where she served as best man. We reveal that her life is completely out of control as she struggles with her compulsions and addictions - egged on by her outrageous best friend Nico. After a disastrous interaction in a pub with a yoga instructor, Rosie resolves to totally give up all her negative behaviours in order to gain Joey's trust and support her dad through some difficult news.

At the very moment Joey and Rosie seem to have made up, a tragedy occurs. Everyone takes it very hard, including Rosie. With Nico in tow, she goes back to her usual damaging behaviours, drinking excessively and seeking out kumquats on Deliveroo.

Rosie is still reeling from recent events. Through flashbacks we learn she has been carrying a lot of guilt over things that happened in her family's past. Rosie wants to be blamed for everything as a way of coping with her self-destruction. It's very narcissistic of her. In the end she agrees to attend a rehab facility but at the last minute she escapes, legging it into the nearby countryside.

On her escape from rehab, Rosie meets affable drug dealers Ken and Hat and accidentally takes meth. She goes on an odyssey, befriending trees, kids on bikes and finds her way to Ruby and Joey's house where she discovers something shocking. On returning to her flat, Nico tries to help Rosie but the two have an argument. The next morning Nico leaves, instructing the Molloys to clear the flat of any narcotics or alcohol as it is clear Rosie has crossed a line.

Joey, Ruby, Nico and Win are not happy with Rosie having abandoned her attempt at rehab/giving up anything (let alone everything). After being accused of secretiveness and hiding her bad behaviour (not unlike her dad) Rosie goes on the attack. With her relationship with Joey in tatters, Rosie tries to talk to her mother, with no luck.

Rosie reveals someone else has been keeping a secret from them all.