How to Watch Rick and Morty Season 6 Online From Anywhere 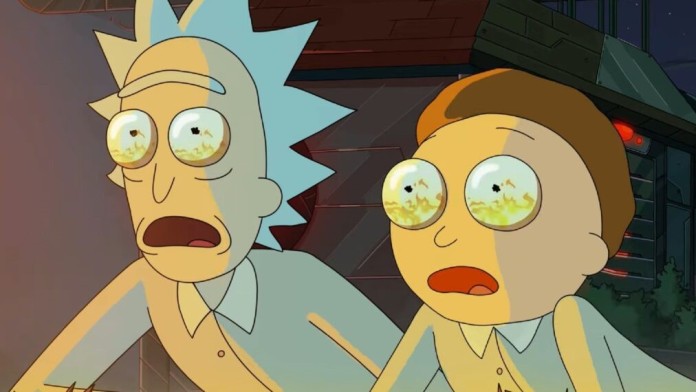 Probably the most loved animated sitcom nowadays is back with a brand new season that is set to premiere very soon, and you will be able to stream all the episodes online, even on the go or while traveling. If you're looking for the premiere date, plot, and episode release schedule, you're in the right place. This being said, let's see when, where, and how to watch Rick and Morty Season 6 online from anywhere.

The new season will surely bring more film homages, stupid sci-fi things, Cronenberg monsters, immature squabbles, burps, fart jokes, and meta humor. In Episode 1, The Smiths deal with last season's fallout, and Rick and Morty are stranded in space, floating in the remnants of the citadel. In the second episode, Morty is trapped, and Rick needs to save him, but to do so, Summer must do a Die Hard. This won't be easy because she's never seen it.

The show stars the voices of Justin Roiland as Rick Sanchez, Chris Parnell as Jerry Smith, Spencer Grammer as Summer Smith, and Sarah Chalke as Beth Smith, among others.

Rick and Morty Season 6 premiered on Sunday, September 4, 2022, and the episodes will air on Adult Swim at 11 pm ET. The season is expected to have ten episodes that will be released on a one-per-week schedule.

How to Watch Rick and Morty Season 6 Online From Anywhere

You can easily watch your favorite content via one of the many live TV and streaming platforms out there nowadays, but that is mostly available when you are home. These services are usually geo-restricted abroad or even to some other states, so you will need a solution to bypass the blockade when you are traveling. A VPN can unblock the platform for you since it lets you change your IP address to your home location, so you should get a VPN subscription to watch Rick and Morty Season 6 online.

We can recommend ExpressVPN when it comes to unblocking streaming services since it's one of the best tools on the market right now. It has millions of customers and thousands of servers in over 90 countries all over the world, and it's extremely easy to use. Most importantly, it easily unblocks several streaming platforms, including Hulu, Netflix, and more. It also offers fast and stable connections, strong encryption, and a no-questions-asked money-back guarantee that lets you try ExpressVPN RISK-FREE for 30 days.

If you want to take advantage of a great deal, select the annual plan when you subscribe to ExpressVPN (49% discount and 3 months FREE). Create an account to get started - it takes a few minutes. First, enter the required details and make the payment, then download and install the tool's native app for your device. Open the VPN app and switch it on using a server from a location in your country, then open the streaming platform to watch Rick and Morty Season 6 online from anywhere after the premiere.

The Rick and Morty animated series is an Adult Swim original, so you'll be able to see it on the network's website. For viewers in the US, the Adult Swim streaming service is entirely free to access, but some episodes of this sitcom are locked, and you will need to log in with your TV provider credentials to view Rick and Morty Season 6 episodes as they become available.

All the previous five seasons of the show are available on HBO Max, but it seems like the latest season will become available on the platform in the US at a later date. Similarly, Rick and Morty Season 6 will hit Hulu in May 2023.

If you live in the United States, you have a few additional ways to watch Rick and Morty Season 6 online, and we mean third-party streaming platforms that offer Adult Swim:

All streaming platforms restrict you from exploring their library abroad, so you won't be able to access these platforms while traveling. However, you can use a good VPN to unblock the platforms abroad, and you only need to run the VPN on a server from back home for this to work.

The first five seasons of this show are available in the UK via Channel 4's All4 streaming platform. The platform is a free ad-supported service, so all you need to do to access its content is to create a free account on the website.

Keep in mind this service is not available outside the UK, so you will need to rely on a powerful VPN tool to unblock the episodes while traveling abroad. Just remember to set it to a UK server.

How to Watch Rick and Morty Season 6 Online in Canada

Even though it belongs to HBO Max, you won't find it on Crave in Canada. However, you will be able to stream Rick and Morty Season 6 on Adult Swim by adding StackTV via Amazon Prime Video as a Prime channel for an extra CA $12.99 a month on top of the CA $9.99 per month Prime membership. You get a 30-day free trial for both services as well.

All streaming services are geo-blocked, and this one makes no exception. So be ready to turn on your VPN set to a server from home in order to watch Rick and Morty online while traveling abroad.

How to Watch Rick and Morty Season 6 Online in Australia

Rick and Morty Season 6 is available on Netflix in Australia. You can get Netflix Basic with ads for AU$ 6.99 per month., and if you want an ad-free experience, the prices range from AU$ 10.99 to AU$ 22.99 per month.

You may not be able to watch the show while traveling due to geo-restrictions. This is why you will need a reliable VPN to unblock it for you abroad, and all you need to do is run it using a server from a region back home.