How to Watch My Dead Body Online for FREE From Anywhere 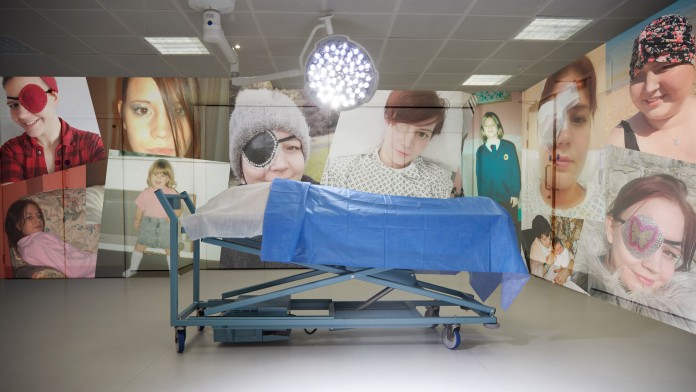 Not everyone can be brave like Toni Crews, who decided to gift her dead body to science when she learned her rare cancer was terminal. This unique documentary will make history as it not only looks into the patient's life, but it's also the first to televise the dissection in the UK.

Crews was a mother of two children who left the world due to a rare form of eye cancer called Adenocarcinoma. She was initially cleared of the disease, but the cancer returned in 2018. She spent her life raising awareness of her condition and agreed to donate her body to medical science and use it for public display. This makes her the first public display cadaver in the UK and the first British cadaver to be dissected on television for almost 200 years.

The documentary features home video footage and interviews with Crew's family as they discuss her disease. It also uses top-notch voice replicating technology to give Crews a voice to describe her social media posts and letters to her children. The film documentary will follow Crews and professors Claire Smith, Head of Anatomy at Brighton and Sussex Medical School. She hails Crews for giving them the privilege and opportunity to educate and raise awareness about her diseases to millions in the medical field for years to come.

Accordingly, it will show the dissection of Crews' body during several workshops to medical students and clinicians who were present to answer questions about Crews' condition. The documentary is directed by Emmy, BAFTA, and RTS award-winning Sophie Robinsons.

If you'd like to catch this heartwarming, one-of-a-kind, and educational documentary film, we have all the information you need to know to watch My Dead Body online from anywhere you are.

When and Where to Watch My Dead Body Online

The documentary film My Dead Body will air on Monday, December 5, 2022, at 10 p.m. BST on Channel 4. It will also get an online release on All4 (available only in the UK) at an unspecified time and date.

How to Watch My Dead Body Online From Anywhere

Nowadays, people can watch their favorite movies and series online through different streaming platforms. So if you’re in the UK, you can easily watch the title on Channel 4. However, some are dismayed that they cannot access some of their usual platforms when traveling abroad. This is because they are usually geo-restricted due to licensing deals. However, you can always bypass this problem if you use a VPN to watch My Dead Body online to hide your IP address. Using one will make it seem like you're just watching from home.

Looking for a VPN that's simple and easy to use? We recommend using ExpressVPN because it's one of the best VPNs available. It can unlock most of the streaming services instantly, including All4, the streaming platform you will need to watch My Dead Body. Currently, ExpressVPN has thousands of servers worldwide in over 90 countries. It has fast and stable connections, no bandwidth limits, and strong encryption protocols for your date online. It is also one of the easiest VPNs to use, and you can ask for help or anything, thanks to its 24/7 chat support. You should definitely try ExpressVPN for 30 days RISK-FREE.

You can also get a great deal by selecting the annual plan when you subscribe to ExpressVPN (49% discount + get 3 months FREE) on their website. Create an account by filling out the details and finishing up payment to apply. Once done, download and install the native app on a device of your choice. Launch the app, select a server from your home country, and enjoy watching My Dead Body online from anywhere.

How to Watch My Dead Body in the UK for FREE

My Dead Body will air on Channel 4 on December 5, 2022, at 10 pm BST. The film will be available on television first, but we expect an online release date very soon. At the moment, All4 will be hosting the documentary on its platform, but they have yet to announce a release date and time. Simply register for a free account on the website to gain access to this ad-supported service.

However, if you'd like to enjoy the platform with an ad-free experience, you can get an All4+ plan for £3.99 per month. new subscribers will get their first 14 days ad-free if they pay for their subscription.

Can I Watch My Dead Body in the US, Canada, and Australia?

Unfortunately, there is no other streaming service that will host My Dead Body in the Us, Canada, and Australia. The show will only be available on Channel 4 and the All4 streaming platform in the UK, so if you live in another country, you cannot watch it directly.

However, if you'd like, you can access All4 by using a capable VPN once the documentary becomes available online. The VPN can hide your IP address so you can enjoy watching shows from anywhere in the world if you subscribe to their service. Launch the VPN and choose a server from the UK so you can watch My Dead Body once it's released.