How to Watch Loot Online for Free on Apple TV+: Stream the Maya Rudolph Workplace Comedy 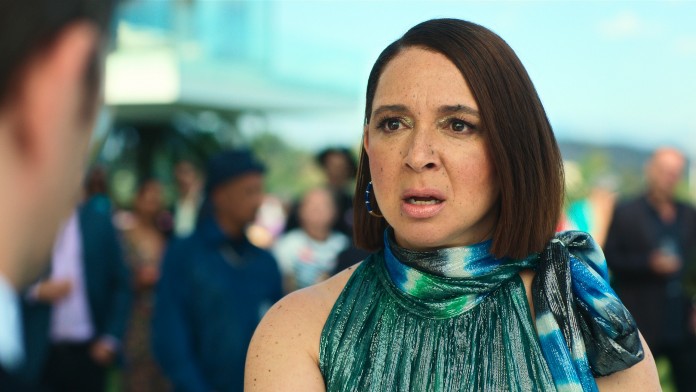 A new comedy series starring actress and comedian Maya Rudolph is premiering on Apple TV+ soon, and we’re excited to watch it online without spending any money. Intrigued? We have everything you need to know, so read on to find out when and how to watch Loot for free on Apple TV+.

The story of Loot revolves around Molly Novak (Rudolph), a billionaire who’s got everything she wants, including private jets, a luxurious mansion, and a gigayacht. She is living the dream until one day, she learns her husband has betrayed her after 20 years of marriage. A very public meltdown follows, and she generates a lot of tabloid attention. In the midst of hitting rock bottom, she discovers that she has a charity foundation run by Sofía Salinas, who pleads with her to stop causing more trouble with the press. Molly decides to reengage with the organization with the help of her assistant Nicholas and ventures on a journey of self-discovery. She might find that giving back to others is the key to reclaiming her identity.

Emmy Award-winner Rudolph, famous for Saturday Night Live and Bridesmaids, leads the cast, and she is joined by Michaela Jaé Rodriguez (Pose), Ron Funches (Undateable), Nat Faxon (Married), and Joel Kim Booster (Sunnyside). The show is created by Emmy Award-winning Alan Yang (Master of None) and Matt Hubbard (30 Rock), who also serve as Executive Producers along with Rudolph.

Loot premieres on Friday, June 24, 2022, on Apple TV+, with the first 3 episodes streaming simultaneously. The show will feature a total of 10 episodes, and you can watch Loot on Apple TV Plus with a 7-day free trial.

How to Watch Loot on Apple TV+

You can watch the new Apple Original workplace comedy exclusively on Apple TV+. You can stream Loot on Apple TV Plus in several countries, including the US, UK, Canada, Australia, New Zealand, Europe, and India.

We should also mention that you can get a 7-day free trial of Apple TV+ if you’re a new customer. After the trial period concludes, you’ll need to pay a monthly fee of $4.99 in the US, £4.99 in the UK, CA $5.99 in Canada, and AU $7.99 in Australia. Customers are also free to cancel their subscription any time they want since there is no contract. Furthermore, if you purchase a new, eligible Apple product, you can get 3 months of Apple TV+ for free.

The subscription-based streaming platform offers Apple Original films and shows across genres like dramas, comedies, documentaries, etc. Some of the titles you can check out on this service include Oscar-winning CODA, Cha Cha Real Smooth, Physical Season 2, Tehran, Shining Girls, Pachinko, etc. Also, keep in mind that the streamer is supported on iPhones, iPads, Apple TVs, Roku, Xbox, PlayStation, and even smart TVs like Samsung and Sony.

Due to geo-fencing, access to Apple TV+ may be disabled when traveling internationally. You can use a safe and reliable VPN to watch Loot on the go, as the tool will remove all restrictions you may face. All you need to do is pick a server from your home country, turn on the VPN, and then access Apple TV+ to stream the Maya Rudolph comedy series.