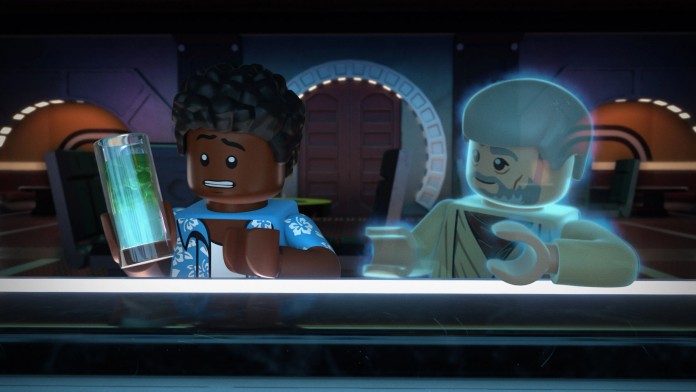 After the successful LEGO Star Wars Holiday Special, are you ready to watch an animated Star Wars summer special? We have all the details you need to know, including release date, cast, plot, and trailer, so let's find out how to watch LEGO Star Wars Summer Vacation on Disney Plus online from anywhere.

LEGO Star Wars Summer Vacation takes place after the events of Star Wars: The Rise of Skywalker, and see Rose, Rey, Finn, Poe, and Chewbacca go on vacation after defeating Emperor Palpatine. Now that the First Order has been vanquished, Finn surprises his buddies with a trip on the Halcyon, a Galactic Starship. The episode also tells viewers that other Star Wars characters have attempted to go on holiday, but their plans haven't always succeeded. The Force ghosts of Leia, Anakin, and Obi-Wan come to see Finn because he has trouble unwinding, and they each share a vacation memory with him. Obi-Wan Kenobi describes helping a Rebel spy by posing as her husband, Anakin remembers having a terrible time at the beach with the Emperor, and Leia recalls a time when a young Kylo stole the Millennium Falcon to impress a lady.

How to Watch LEGO Star Wars Summer Vacation On Disney Plus in the US, Canada, Australia, the UK, and Anywhere Around the World

The new animated original special will stream exclusively on Disney Plus, so you'll be able to easily watch it on the platform. To sign up for Disney Plus, you simply need to pay a subscription fee, and you can access the service in countries where Disney Plus has launched, including the United States, the United Kingdom, Canada, and Australia.

Apart from the Disney Plus standalone service, folks in the US can also get the Disney+, ESPN+, and Hulu bundle if they want to watch LEGO Star Wars Summer Vacation. This bundle will save you the extra cost of subscribing to all 3 services separately, and you can watch ad-supported content at just $13.99 per month. However, if you want to watch Hulu ad-free, you need to shell out $19.99 monthly.

You should know that the Disney+ platform is supported on mobile devices, tablets, smart TVs, and more; click here for a full list of supported devices and platforms in case you want to find out if yours is compatible or not. Moreover, due to licensing agreements, Disney Plus has geo-restrictions in place, so if you're traveling, keep in mind that you might not be able to access all of the Disney Plus streaming content in all regions.

Disney Plus does not offer a free trial at the moment, but there are a few ways to watch the documentary without spending any money.

For eligible new and existing Verizon customers, Disney Plus is available free of charge for 6 months if you're on a select Unlimited plan (or if you upgrade to Unlimited). After the trial ends, you need to pay $7.99 per month, which is the price of the standalone Disney Plus subscription. There is also a Disney Bundle available for Verizon Unlimited subscribers, but that does not include a free trial, so choose accordingly.

And it’s also good to know that there are occasional promotions that offer the service for free with Amazon Music Unlimited and Xbox Game Pass Ultimate, so keep an eye out.