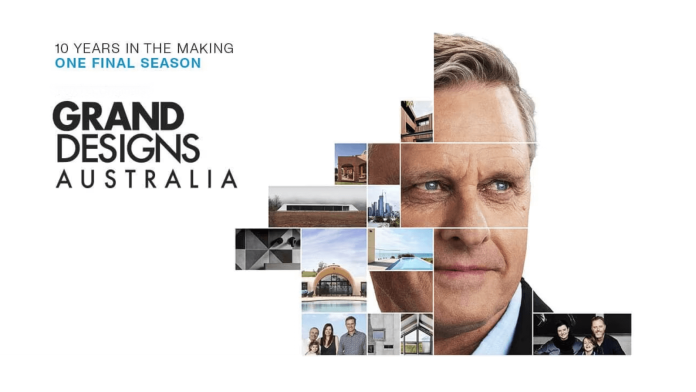 The 2023 season of Grand Designs Australia will premiere soon, and we have all the information you may be looking for, including the premiere date. The best part is that you'll be able to stream the episodes online from anywhere in the world, even on the go or while traveling abroad, so keep reading to find out all there is to know.

However, this will be the final season with the Foxtel Group and host Peter Maddison, as Grand Designs is moving from Foxtel to free-to-air next year. The multi-award-winning architect has been following the remarkable journeys of Australia's most ambitious and resilient architectural trailblazers since he first joined as host of Grand Designs Australia in 2009.

In this season, Peter traverses the country and follows eight new homeowners, all driven visionaries who strive to realize their dream and push the limits in their quest to find clever design solutions changing Australia's architectural landscape forever.

The final season largely consists of projects that were started as contingency episodes, he says, in case any of the others fell over due to the usual litany of challenges – relationship breakdown, planning issues, money shortages, unexpected problems with water tables, or a dodgy shipment of bricks, for instance.

Let's see where, when, and how to watch Grand Designs Australia 2023 online.

Where and When to Watch Grand Designs Australia 2023

Grand Designs Australia Season 11 will be released in Australia on Wednesday, January 25, 2023, on Foxtel LifeStyle at 8:30 pm local time. You will be able to stream the episodes on the Foxtel Now streaming platform (only available in Australia).

The final season of Grand Designs Australia with Peter Maddison will have 8 episodes, and we expect to get one new episode a week.

How to Watch Grand Designs Australia 2023 Online from Anywhere

The live TV and streaming services available in your home country let you easily stream your favorite series and movies online, but they are geo-restricted. So is the case for the Foxtel Now service, which is exclusive to Australia. This means you will not be able to access your subscription while abroad, but there is a way to change your IP address and trick the platform into granting you access, and that is to use a VPN subscription to watch Grand Designs Australia 2023 online.

ExpressVPN unblocks tons of popular streaming platforms in a few moments, including Foxtel Now, Binge, Netflix, Hulu, Prime Video, and others. This is one of the best VPNs on the market right now, and it offers thousands of servers in over 90 countries all around the world, fast and stable connections, the best safety and privacy features, and unlimited bandwidth. The no-questions-asked money-back guarantee lets you virtually try ExpressVPN for 30 days RISK-FREE.

You can also save some money with the annual plan when you subscribe to ExpressVPN (49% discount and get 3 months FREE) on their website. First, fill in the required info and make sure the payment goes through. Then, download and install the native app for your device or system. Next, launch the app and run it via a server from an area where the geo-blocks are off. Lastly, load the streaming service to watch Grand Designs Australia Season 11 online.

How to Watch Grand Designs Australia 2023 Online in Australia

If you live in Australia, Season 11 air on Foxtel LifeStyle, and you will be able to stream Grand Designs Australia 2023 online via the Foxtel Now platform, which costs $25 per month with a 10-day free trial if you're new to the service.

This service is geo-restricted outside Australia. If you want to watch the show online while traveling abroad, a capable VPN tool will serve as a great workaround since it can unblock the platforms quite easily as long as you use a server located back home.

Can I Watch Grand Designs Australia 2023 Online in the US, the UK, and Canada

Unfortunately, we can't find a way for you to watch Grand Designs Australia Season 11 online in the US, the UK, and Canada. However, you can always rely on a good VPN app set to a server located in Australia to access Foxtel Now and watch the episodes from anywhere.