How to Watch Formula E 2023 Online for Free: Live Stream E-Prix from Anywhere 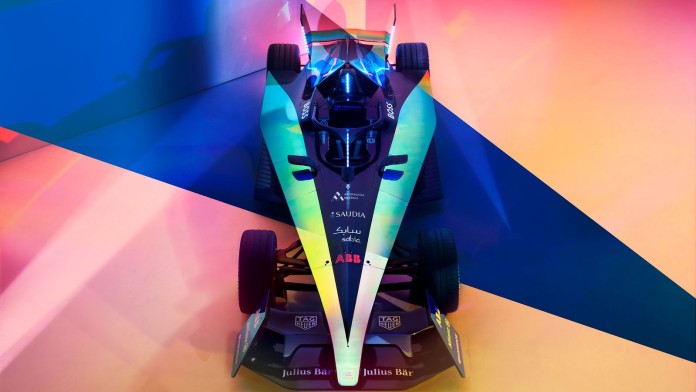 The 2023 Formula E season continues with the Diriyah ePrix. Two exciting races await motor racing fans in the coming days, and we cannot wait to see which drivers come out on top. The stage is set for a tantalizing weekend on the streets of Saudi Arabia. The Riyadh Street Circuit will play host to this event, and the two races will take place on consecutive days.

The first race of the 2023 Formula E season saw Jake Dennis come out on top and get the fastest lap. He leads the drivers' championship, with Avalanche Andretti Formula E sitting atop the Teams' standings after one race. The likes of Pascal Wehrlein, Lucas di Grassi, Stoffel Vandoorne, Jean-Eric Vergne, and more will all aim to come out on top this weekend and get their seasons up and running.

Ahead of the 2023 Formula E season, we give you all the information you need on where and how to watch the Formula E live stream of the races online from anywhere in the world.

When and Where to Watch Formula E 2023

The 2023 Formula E World Championship season started on Sunday, January 14, 2023. There will be 16 races this season, with London hosting the finale on July 30, 2023. Drivers and teams will head to incredible places like Monaco, South Africa, Rome, Brazil, India, and more. If you live in the United Kingdom, you can watch the 2023 Formula E live on Channel 4, and CBS will air every race live if you are in the United States.

How to Watch Formula E 2023 Live Stream Online from Anywhere

The 2023 Formula E season is set to be broadcast live in several countries, with its growing popularity attracting increasing audiences. If you live in the UK, you can easily watch it on Channel 4. But if you are traveling abroad or living in a region where the broadcasting rights for the races are unavailable, you will find it hard to watch the live races on the go. Worry not, though, because you can use a VPN to watch the free Formula E 2023 live stream on Channel 4 online. A VPN will hide your location and give you a virtual location, making it possible to watch the live Formula E coverage on the go from anywhere in the world.

We recommend using ExpressVPN, which is considered widely as one of the best VPNs. It has thousands of virtual servers from hundreds of countries, and millions of people from all over the world use it every day. ExpressVPN also connects seamlessly to most streaming services, including Channel 4, Netflix, fuboTV, and more. Subscribers can also take advantage of a number of very lucrative offers, such as the no-questions-asked money-back guarantee. So go ahead and try ExpressVPN for 30 days RISK-FREE.

If you want to subscribe to ExpressVPN (49% Discount + 3 Months FREE), all you have to do is go to its website, fill out all the important information, select your plan, pay the subscription fee, and download the app on the device of your choice. Then select a VPN server from your home country and turn on the streaming service that has the rights to air the races live in that region. You will find that the geo-restrictions are gone, and you can watch the 2023 Formula E live online from anywhere in the world.

Free Formula E Live Stream 2023: How to Watch E-Prix in the UK

If you find yourself living in the United Kingdom, you can watch all the Formula E action without having to pay a single penny. Every race from the 2023 Formula E season will air live on Channel 4 and its streaming service, All 4. You can follow all the action for free both on TV and on the device of your choice with the help of the network's streaming service.

Traveling away from the United Kingdom? We recommend using a capable VPN to watch the Formula E live stream on the go. A VPN will help you bypass the geo-restrictions, and you will be all set to watch every race online from anywhere in the world.

How to Watch Formula E 2023 in the US Without Cable

The 2023 Formula E will air live on CBS, and you can follow the action live on CBS Sports. You can also purchase a subscription to the Paramount+ streaming service to follow every race live online without the need for a cable. A subscription can be purchased for a fee starting from $4.99 per month, and you can watch tons of live sports, TV shows, movies, and so much more. New subscribers can get a 7-day Paramount+ free trial.

Alternatively, you can also use one of the below-mentioned streaming services to watch the 2023 Formula E online without the need for a cable.

If you are traveling away from the United States, we suggest that you go with a powerful VPN so you can watch all the action from Formula E. If you follow the instructions above, you will be all set to watch every race live on the go.

Australian Formula E fans can tune in to Stan Sport to watch every race from the 2023 season live. A subscription costs $10 per month if you get Stan Sport as an add-on to your Stan subscription plan. New subscribers also receive a 7-day free trial. Plus, you can watch many live sporting events, so make sure to subscribe.

If you are currently flying away from Australia, you will need the help of a reliable VPN to watch all the races. This is because the geo-blocked live stream does not work in other countries. But a VPN will ensure you do not miss any Formula E action.

How to Watch Formula E in Canada

Not in Canada? You can use a trustworthy VPN to watch the 2023 Formula E online. A VPN will ensure that the geo-blocked live stream works in other countries by giving you a virtual location.