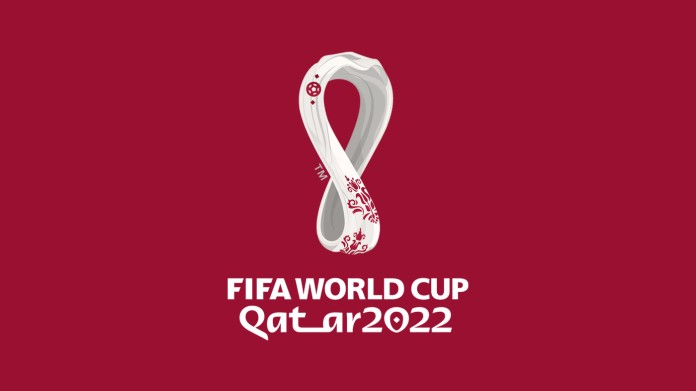 The 2022 FIFA World Cup is almost upon us, and billions of people worldwide are getting ready to watch every game live and on the go. We cannot wait for the tournament to begin, and we are very excited to watch the World Cup 2022 on Xbox and PS5 consoles.

Thirty-two teams from around the world will head over to Qatar to compete in the 2022 FIFA World Cup. The event promises to be quite a spectacle, and every game will have a lot riding on it. So make sure not to miss a single moment of the action from the World Cup.

The likes of Cristiano Ronaldo, Lionel Messi, Karim Benzema, Kylian Mbappe, and many more world-class players will be in action in Qatar. Defending champions France, Argentina, Brazil, England, and Spain, are among the favorites to win the FIFA World Cup this year. But this tournament is always full of unpredictable moments, and with the event being held in the winter, no one knows what to expect.

The 2022 FIFA World Cup will air live in hundreds of different countries. But if you find yourself traveling abroad or living in a region where the tournament will not be broadcast, you may find it tricky to figure out how to watch the matches. Worry not, though, because you can use a VPN to watch free World Cup 2022 live streams on Xbox & PS5. A VPN will make it seem that you are watching the live stream from your home country by giving you a virtual location and thus ensuring that geo-restrictions do not prevent you from catching the live coverage of the matches.

We recommend using ExpressVPN, which is the VPN of choice for millions of people from all over the world. You will find that it works with most streaming services, including fuboTV, Sling TV, BBC iPlayer, ITV Hub, and SBS On Demand. ExpressVPN also has thousands of virtual servers, and subscribers can take advantage of several lucrative offers, such as the no-questions-asked money-back guarantee. So go ahead and try ExpressVPN for 30 days RISK-FREE.

If you want to subscribe to ExpressVPN (49% Discount + 3 Months FREE), go to its website, set up an account, pay the subscription fee, and download the app on your chosen device. Then select a VPN server from your home country and turn on the streaming service that has the rights to broadcast the FIFA World Cup in that region. All the geo-restrictions are gone, and you can watch all the action from Qatar on Xbox & PS5 from anywhere in the world.

Yes, you can watch the FIFA World Cup 2022 on Xbox & PS5 for free, with every match available on various free-to-air streaming services. Depending on the gaming console you use, you can easily watch the matches for FREE and on the go on BBC One and ITV1 if you live in the UK, as well as SBS and SBS Viceland if you live in Australia.

The matches will also air live on FOX and FS1 for fans living in the United States, but you need to get a paid subscription.

Football fans from all over the globe can watch the FIFA World Cup 2022 on Xbox consoles. But make sure that the gaming console you use has supported apps for the streaming services that have the rights to broadcast World Cup games. If you live in the United Kingdom, you can download the BBC iPlayer and ITV Hub apps from the Microsoft Store. Both apps are compatible with the Xbox One, Xbox Series S, and Xbox Series X models, so just download them, and you will be all set.

If you live in the United States, you can use streaming services like fuboTV, Sling TV, or Hulu + Live TV to watch the FIFA World Cup on Xbox. All these platforms have dedicated apps for Xbox Series X, Xbox Series S, and Xbox One models on the Microsoft store that are free to download, so watching the matches live will be very easy. You can easily find FOX and FS1 on the list of channels for all three streaming services. What's more, subscribers are also entitled to a host of amazing benefits.

For fans in Australia, you will need to use the Xbox web browser to access SBS On Demand.

Traveling abroad but do not want to miss out on any of the matches? You will need to use a VPN to watch World Cup 2022 on Xbox and bypass the geo-restrictions from anywhere in the world.

Watching the World Cup 2022 on PS5 is very easy, and you can do so from any country. If you are living in the United Kingdom, just download the BBC iPlayer app from the PlayStation Store to watch the matches live. The iPlayer app will also give you the ability to watch World Cup games in 4K HDR. The app is also available on PS4, but without 4K compatibility. ITV Hub does not have an app for PlayStation. But you can purchase subscriptions to Sky Go or NOW TV and download their apps to watch all the games that ITV has the broadcasting rights for.

Fans in the United States can watch the World Cup 2022 on PlayStation by subscribing to either Hulu + Live TV or YouTube TV. You can find FOX and FS1 on both streaming services, and you will be able to watch World Cup matches on the go. These two services offer apps for both PS5 and PS4. Popular streaming services like fuboTV & Sling TV don't support PlayStation as of right now.

You can find SBS on the Foxtel Now app if you live in Australia and want to watch the World Cup 2022 on PS5. The only issue is that Foxtel is not free, and you will have to purchase a subscription before getting access. You can also stream SBS and SBS Viceland on PS3, PS4, and PS4 Pro with the help of the Foxtel Now app.

If you are flying abroad but do not want to miss the World Cup action, make sure to use a reliable VPN to watch World Cup 2022 on PlayStation Consoles from anywhere.