How to Watch Emancipation Online For FREE on Apple TV+: Stream the Will Smith Movie 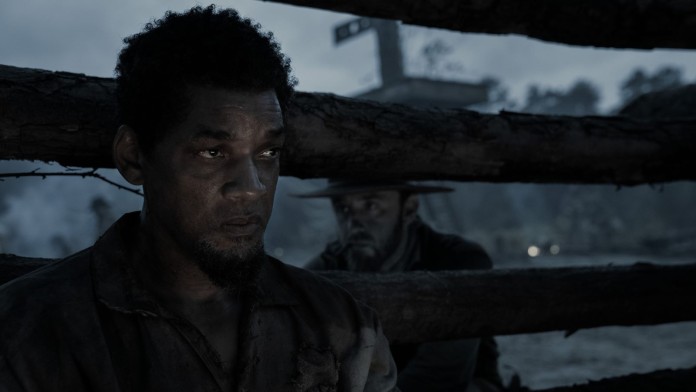 Emancipation depicts the inspiring tale of a man called Peter who frees himself from slavery by evading ruthless hunters and Louisiana's harsh swamps. He does this with the help of his intelligence, unshakeable faith, and great love for his family.

The 1863 photographs of "Whipped Peter," which were taken during a Union Army medical examination and initially appeared in Harper's Weekly, served as the inspiration for the movie. One photograph, dubbed "The Scourged Back," which depicts Peter's bare back being damaged by a beating administered by his masters, ultimately fueled rising anti-slavery sentiment.

Oscar winner Will Smith plays the role of Peter and co-produced the film. It is directed by Antoine Fuqua from a script by William N. Collage.

Let's take a look at when and how to watch Emancipation online on Apple TV+ without spending any money.

When and Where to Watch Emancipation

Emancipation premieres on Apple TV+ (available in the US, UK, Canada, Australia, and more) on December 9, 2022, and you can watch Emancipation on Apple TV Plus with a 7-day free trial.

How to Watch Emancipation Online For Free on Apple TV+

Since it is an Apple Original, you can watch this film exclusively on Apple TV+. Over 100 countries worldwide, including the US, UK, Canada, Australia, New Zealand, Europe, and India, will let you stream Emancipation on Apple TV Plus.

It's also worth noting that new customers can get a 7-day free trial of Apple TV+. After the trial period ends, you need to pay $4.99/£4.99/CA $5.99/AU $7.99 per month in the US, UK, Canada, and Australia, respectively. You are also free to terminate your subscription at any point because there is no binding agreement. Furthermore, if you buy a new Apple product that is eligible for Apple TV+, you can get three months for free.

The streaming service provides a selection of dramas, comedies, documentaries, and other Apple Original works. You can watch several titles on this service, including the Academy Award-winning CODA, Louis Armstrong’s Black & Blues, Circuit Breakers, Black Bird, Tehran, Pachinko, and others.

It's also important to add that the streamer is supported on iPhones, iPads, Apple TVs, Amazon Fire TV, Roku, PlayStation, Xbox, and Smart TVs like Samsung, LG, and Sony. For more details, check out our complete guide on Apple TV+'s free trial.

Due to geo-fencing, access to Apple TV+ may be disabled when traveling abroad. You can use a safe and reliable VPN to watch Emancipation on the go, as the tool will remove all restrictions you may face. All you need to do is pick a server from your home country, turn on the VPN, and then access Apple TV+ to stream the film.