How to Watch Claremont: A Killer Among Us Online for FREE – Stream the 2022 Documentary From Anywhere 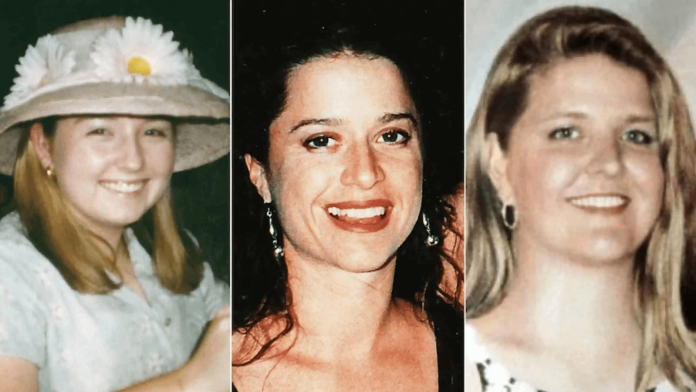 Claremont: A Killer Among Us is a documentary that analyses the infamous string of murders that occurred in 1996, when young women started to go missing from an upmarket and popular nightlife strip in one of Perth’s wealthiest and safest suburbs, Claremont. We have all the details you may need below, including the premiere date and approach.

In the early hours of January 27, 1996, 18-year-old Sarah Spiers left a popular bar in Perth’s busy nightlife strip in the upmarket suburb of Claremont, and she walked to a nearby phone box and called a taxi. However, she was gone by the time it arrived just minutes later, never to be seen again. Another young woman, 23-year-old Jane Rimmer, went missing from Claremont in eerily similar circumstances five months later, and by March the following year, a third woman had disappeared - 27-year-old Ciara Glennon. Claremont was his hunting ground for a serial killer who was preying on young, innocent women, and their disappearances marked the start of Australia's longest-running and most expensive manhunt.

The documentary tells the inside story of the Claremont investigation through exclusive and unprecedented interviews with surviving victims, journalists, former police detectives, forensic experts, and the officers at the center of the investigation who, for over two decades, tirelessly worked the case right up to its dramatic conclusion.

The case is also the subject of a drama series coming to Seven next year called The Claremont Murders.

It will be very easy to stream this title online from anywhere you may be, even on the go or while traveling abroad - and what's more, for free! So, let's see when, where, and how to watch Claremont: A Killer Among Us online.

When and Where to Watch Claremont: A Killer Among Us

Claremont: A Killer Among Us has two parts that will screen in Australia on Wednesday, November 23, 2022, and on Thursday, November 24, at 7.30 pm on Channel 10 (Ten). Both parts will be available to stream on-demand via the 10Play streaming service for free (which is available only in Australia).

How to Watch Claremont: A Killer Among Us Online From Anywhere

You can easily watch content online through a subscription with a live TV and streaming platform in your home country, but you will need a workaround while traveling abroad to bypass the geo-restrictions these services have. This is the case with 10Play as well since it's not available outside Australia, so we recommend you use a VPN subscription to watch Claremont: A Killer Among Us online from anywhere on top of the streaming service. A VPN allows you to change your location and trick the platforms into lifting the geo-blockade.

If you don't know what VPN to choose, we recommend you go for ExpressVPN, which is one of the most popular and best VPNs on the market right now, and it can effortlessly unblock streaming services such as 10Play, Netflix, Hulu, BBC iPlayer, and more. Besides being extremely easy to use, it offers over 3,000 VPN servers placed all over the world, great speed, no bandwidth caps, 24/7 live chat support, and the best privacy and security features. You can even try ExpressVPN for 30 days RISK-FREE via the no-questions-asked money-back guarantee.

To take advantage of the refund guarantee and of a great deal at the same time, you can select the annual plan when you subscribe to ExpressVPN (49% discount and get 3 months FREE) on the company's website - the steps to create your account are pretty intuitive. First, fill in your details, pay, and download the app for your device or system. Next, launch the VPN app after the installation is complete and run it via a server located in Australia where geo-blocks are not on. Finally, open the streaming platform to watch Claremont: A Killer Among Us online.

How to Watch Claremont: A Killer Among Us in Australia

In Australia, the documentary will air on Ten, and this means you will also be able to stream Claremont: A Killer Among Us online via the 10Play platform, where you can watch content for free. All you need to unlock content is to have a free account on the platform.

Just remember that all streaming services are geo-blocked abroad, so you will need to lean on a capable VPN tool to access 10Play while traveling. It's as simple as running the app in the background via a server located back home before loading the streaming platform.

Can I Watch Claremont: A Killer Among Us in the US, the UK, and Canada?

The Claremont murders-focused two-part documentary is not available to stream on any of the platforms in these countries, but there is one thing you can do in order to stream Claremont: A Killer Among Us online in the US, the UK, and Canada. We advise you to subscribe to a good VPN app and use it via a server located in Australia to access 10Play and watch this title.

Claremont: A Killer Among Us Official Trailer