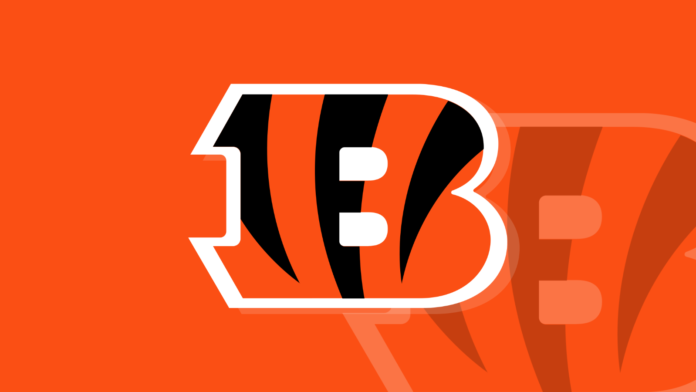 The Cincinnati Bengals was created back in 1967 and had its first season a year later. The team was created by former Cleveland Browns head coach Paul Brown.

The team is currently playing on the Paul Brown Stadium, but it hasn’t really managed to win any Super Bowls thus far. It has, however, played the Playoffs numerous times over the years, as well as the conference championships and the division championships.

This year’s NFL season kicked off on September 10th, and the games will play through the beginning of January when the Playoffs are expected to start. The Pro Bowl is currently scheduled for January 31st and the Super Bowl for February 7th.

We are going to go over the games that the Cincinnati Bengals have scheduled for the year, how to watch them, and how to start enjoying the NFL online.

Get the latest updates on the 2020 NFL Season today!

What Channel Can You Watch the Cincinnati Bengals On?

The Cincinnati Bengals will have games throughout to the year, and you’re going to be able to watch them all on CBS, Fox, ESPN, and the NFL Network.

How to Watch the Cincinnati Bengals Without Cable in the United States?

If you’re hoping to watch the Cincinnati Bengals online, then you are quite lucky because the networks that are covering the team’s games are easy to find over the Internet. One of our favorite platforms to enjoy sports on is fuboTV, which features a single bundle of networks that includes CBS, Fox, ESPN, and the NFL network. The bundle is part of several plans that come with pre-packed channel packs, premium networks, and add-ons at lower prices than you get if you put together the plan yourself.

You can customize the plan yourself by adding your own favorite channel packs and premium networks. fuboTV works on loads of devices, including iOS and Android smartphones and tablets, Apple TV, Android TV, Fire TV, Chromecast, Roku, and many many others.

fuboTV is truly the service we go for every time we want to watch sports considering the fact that it was originally built for sports fans, but there are other platforms that can help you enjoy the network as well.

Hulu is a great service that you may want to look into as it features a single bundle of networks where you’ll find CBS, Fox, and ESPN channels. The NFL Network is not part of Hulu’s channel list right now. You can add extra channel packs and premium networks to your account if you want to watch even more content. There are also add-ons that will help expand the cloud DVR storage space capacity and the number of simultaneous streams that are allowed on your account. One of the coolest things about going for Hulu is that when you subscribe to the live TV service, you also get the On-Demand library included. Start your free trial on Hulu now!

CBS All Access is another service that you might want to take into consideration. There are two subscription options here, but they will both get you access to a CBS live stream, original content, and plenty of CBS shows and movies. Start your free trial on CBS All Access now!

Watching channels like CBS and Fox online is super easy to do, but if you live in certain areas where the networks are not covered, you may want to get a VPN. You will then be able to connect to a server from a different city where the channels are available and thus get access to the content you want. Click here to find out more about how you can make this work.

How Can I Watch the Cincinnati Bengals with a TV Antenna?

Since the Cincinnati Bengals games are featured by Fox and CBS, you should know that you can also enjoy those particular events with a TV antenna. These devices can help you watch the over-the-air broadcast from local channels for free.

Before you buy anything, you should check a site like NoCable so we can find out more details about the broadcast stations in your area. Furthermore, you can learn exactly how far those stations are from your location so you can tell exactly what range your new device should cover. Talking of which, you should check the devices we listed above, in case any of them have the features you need for your household.

How Can I Watch the Cincinnati Bengals in Canada?

Canadian fans of the Cincinnati Bengals can enjoy the games over in Canada with the help of DAZN. With the DAZN NFL Game Pass, you get to enjoy all NFL games of the season, both live and on-demand. There is also a RedZone subscription available if you’d rather have that.

How Can I Watch the Cincinnati Bengals in the United Kingdom?

The NFL season is thoroughly covered in the United Kingdom by multiple networks, including Sky Sports NFL, BBC, Channel 5, and the NFL Game Pass, which is also available here. While BBC and Channel 5 offer various shows covering the games that took place in the NFL, and Channel 5 also broadcast the Super Bowl in February, this is not necessarily enough. The NFL Game Pass (£143.99) will also allow people to watch games live and on-demand throughout the full season.

How to Watch the Cincinnati Bengals Online with the NFL Game Pass?

In the United States, the NFL Game Pass allows people to watch the games after they end. As soon as the transmission ends on the TV channel that covers the game, you’ll be able to start streaming it on the Game Pass.

The NFL Game Pass also features condensed games and costs $99.99 for the full year. If you’d rather try it for three months only, you can get it for $29.99. There are numerous apps for the NFL Game Pass, including for smartphones and tablets, PS4, Xbox, Android TV, Apple TV, and more.

How Can I Watch the Cincinnati Bengals When Traveling Outside of the United States?

Whenever you travel abroad, there are limitations to what you can and cannot watch. Live TV platforms and streaming services from the United States are geoblocked so they cannot be accessed as easily as they can be from home. Your IP shows your location, and when that’s not going to be in the United States, you get immediately blocked.

In order to bypass the problem entirely, you’ll need to change your IP address with the help of a VPN. Our recommendation is to use ExpressVPN because it features thousands of servers all over the world and some great privacy features that will help protect your browsing history and all your data.

You need to subscribe to ExpressVPN (49% OFF), get the app for your device, and find a server in the United States that you can connect to. Once that’s done, you can go ahead and load fuboTV and start streaming the next Cincinnati Bengals NFL game online.

What’s the Cincinnati Bengals Schedule for 2020?