How to Deal With CAPTCHAs When Using VPNs 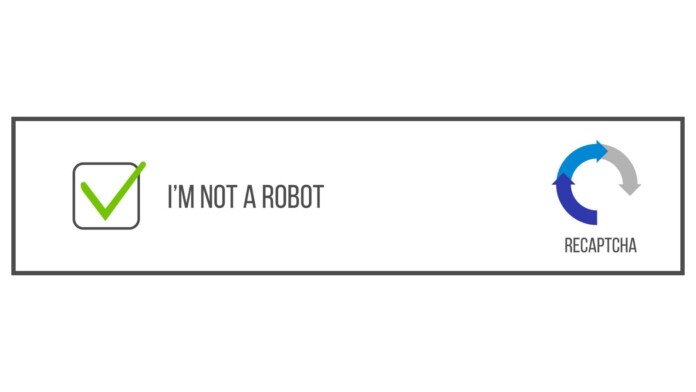 Does Google keep asking you to confirm you're not a robot, accurately copy numbers and words, or pick the right image sections whenever you use it while connected to a VPN?

Then you're dealing with CAPTCHA requests. You might be used to seeing them on account creation webpages or forums, but do they also show up on Google?

Usually no. But you will start seeing them more and more if you're using Google while connected to a VPN.

We'll tell you in this quick guide. Also, we'll explain what CAPTCHA is, why it's used, and how to deal with CAPTCHAs when using VPNs.

What Are CAPTCHAs & Why Are They Used?

As the name implies, a CAPTCHA is a test that's easy to pass for humans - and difficult for computers. The goal is to help sites tell real human visitors apart from bots.

Here's an example of how the No CAPTCHA reCAPTCHA looks like:

Websites generally use CAPTCHAs when users want to open an account, post a review, post a comment, or buy a product. The goal is to identify and prevent automated scripts and bots from performing those tasks so that the site doesn't end up flooded with spam.

Besides that, CAPTCHAs are also used to protect sites from cyber threats. For example, they can act as an efficient barrier against DDoS attacks.

As for why Google uses CAPTCHAs, it's very likely to keep their servers safe from abusive traffic. Also, according to them, they use CAPTCHAs to prevent unauthorized account entry.

Not really. Like we just said, they're there to help sites protect themselves from abusive traffic, DDoS attacks, and other cyber threats.

The only CAPTCHAs that might be problematic are the ad-based ones. Companies like Solve Media offer services that allow sites to integrate ads into their CAPTCHAs. Basically, you have to type brand messages to solve them.

The good news is we haven't seen Google using these kinds of CAPTCHAs. And even if you come across them, they shouldn't be able to violate your privacy since you're using a VPN. So the fact that you typed brand messages isn't associated with your IP address but with the VPN server's IP.

Why Do You See CAPTCHAs When Using a VPN?

This happens because pretty much all VPNs use shared IP addresses. That means you're sharing an IP address with many other VPN users.

And from Google's perspective, multiple search requests from one single IP address are indicative of abusive traffic. So the search engine flags the IP as suspicious and has you complete CAPTCHA requests to prove you're a real human and not a bot.

How Often Do You See CAPTCHAs When Using a VPN?

It varies and seems to depend a lot on your luck, really. According to people on Reddit and Quora, CAPTCHAs pop up at least a few times per day (a minimum of two or three times).

In our experience, the frequency was pretty similar. When we performed tests (like googling 15-20 things consecutively), we usually had to complete CAPTCHAs every 5-6 searches.

How to Deal With CAPTCHAs When Using VPNs

Based on our research and tests, there are nine things you can try:

Unlike shared IP addresses, a dedicated IP is only used by you. So you're less likely to see CAPTCHA requests because Google won't detect multiple traffic sources from a single IP address.

If you'd like to try this option, here are some recommendations:

2. Connect to a Different Server

This isn't a guaranteed solution, but it might work sometimes. Apparently, you might get CAPTCHA requests because you have really bad ping (might happen when connecting to far-away servers). Either that, or the server's IP address was flagged by Google as being suspicious because it got too many search requests from it.

If you use a VPN with a large network, finding a good alternative server fast shouldn't be an issue.

Read More: VPN Server Count – These VPNs Have the Highest Number of Servers

Buster seems to be the most recommended option. It's a free, open-source tool that completes reCAPTCHA audio challenges. Buster works pretty fast and is able to solve CAPTCHAs in under 30 seconds.

I'm not a robot CAPTCHA clicker was also mentioned by people on Reddit. It's available on Chrome and Firefox, and you can get it on Opera if you use Install Chrome Extensions.

But, as the name implies, this extension is only useful for the "I'm not a robot" clicker CAPTCHAs. It won't work for image or audio recognition CAPTCHAs. Also, it won't click twice within seven seconds.

4. Give unCAPTCHA a Shot

unCAPTCHA might also help. The devs' research paper shows that this tool can solve reCAPTCHA's audio challenges with an 85% success rate.

However, it's not for everyone. You can't install it like a browser extension. Instead, you need to install python dependencies (so, a little bit of programming).

Besides that, the devs clearly said reCAPTCHA now includes additional protection that limits unCPATCHA's success. So, they won't continue maintaining the code. If it doesn't work well, there's nothing you can do to fix it.

We can't confirm if this helps or not since we didn't see any improvement on our end by doing this. Still, some VPN users on Reddit say that not clearing cookies in their browsers helped them get fewer CAPTCHA requests.

If you're not willing to log into your Google account while using the VPN to decrease the risk of dealing with CAPTCHAs, you'll have to switch to a different search engine - one that doesn't use CAPTCHAs so much.

Some decent alternatives include DuckDuckGo, StartPage, and searX.

See More: The Best Private Search Engines: Keep Those Eyes Off You

7. Use a Different Browser

There's a chance you won't get so many CAPTCHAs if you use a more privacy-oriented web browser while connected to a VPN. So instead of Chrome or Opera, consider using Firefox, Tor (with the network disabled to get better speeds), or Brave.

There are online services that get rid of CAPTCHAs for you for a price. For example, 2CAPTCHA will solve requests for you in around 15 seconds. And it only costs around $0.5 or $1 for 1,000 normal CAPTCHAs. 2CAPTCHA can solve most requests because it delegates them to real humans who solve them.

AntiCaptcha is another option. It's a plugin that automatically finds a CAPTCHA on a webpage and solves it. But to install it, you first have to create an account and then add some funds. Just like 2CAPTCHA, the pricing is decent - around $1 for 1,000 CAPTCHAs or 500 reCAPTCHAs.

Less popular VPNs have fewer users, so Google might be less likely to flag their server IPs as suspicious. If you use Google while connected to a VPN a lot, it might be worth getting an extra subscription to have this as a backup plan.

Small VPN Providers to Check Out

How Else Can You Deal With CAPTCHAs When Using VPNs?

If you know other ways how to deal with CAPTCHAs when using VPNs on Google or any other site, please let us know in the comments. If you use any online tools or services, don't forget to include links.