How Strong is Naruto Without Kurama in Boruto? 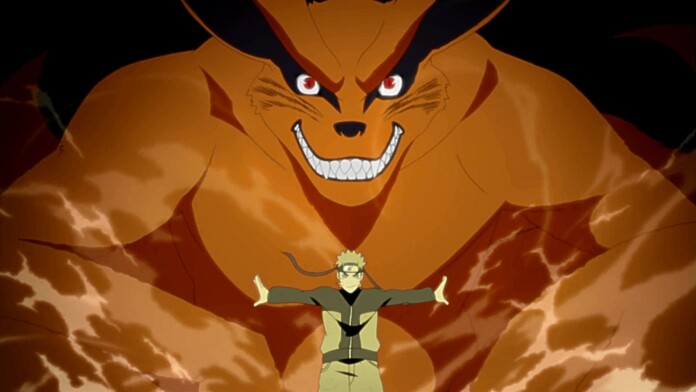 Naruto has had Kurama since he was a child, and the tailed beast is a part of his power. However, with the latter's death, many are wondering how strong Naruto is without Kurama.

Naruto's monstrous strength is, in no small way, credited to Kurama. While he did take the time to establish a relationship and gain the tailed beast's trust, the latter's chakra cannot be considered his own. However, contrary to what many think, Naruto is extremely powerful even without Kurama.

Due to his hard work since childhood, Naruto is proficient in taijutsu and ninjutsu in general. He can create massively destructive Rasengans and even a Rasenshuriken. Furthermore, with Sage Mode, Naruto is almost completely unrivaled.

Naruto is easily high Kage level even without Kurama and can overpower any of the five village leaders' in a fight. At the very least, his prowess is similar to Minato or even Itachi to some extent. However, while Naruto is strong without Kurama, the latter's death has undoubtedly resulted in a massive power loss.

Sasuke Without Sharingan Vs. Naruto Without Kurama!

For some reason, people love to compare characters, especially ones in the same series, and admittedly, it is fun to imagine controlled situations where the two dukes it out.

Recently, with Kurama's death, many fans are wondering who would win in a fight — Sasuke without Sharingan or Naruto without Kurama. While this battle will not be equal by any means, since Sharingan is a Kekkei Genkai, it's interesting nonetheless. So with that said, let's start the versus battles!

Naruto, without Kurama, can still use his shadow clones and other overpowered techniques such as Rasengan, Rasenshuriken, and Sage Mode. Furthermore, as an Uzumaki, he has immense chakra reserves, absurd stamina, and high resilience.

While it is true that without Kurama's chakra, the limit to how many times Naruto can use these Jutsus would plummet down drastically, his capacity is greater than Sasuke's. Furthermore, this is not even considering Naruto's ability to summon giant Toads that would boost his fighting parameters drastically.

In contrast, Sasuke is severely handicapped without Sharingan, his main Kekkei Genkai. As a result, all that will remain in his arsenal is Chidori, which, once again, will lose its precision without Sharingan.

Furthermore, without his eye prowess, Sasuke will not be able to deal with Naruto's shadow clones.

The fact remains that Sasuke relies on his Sharingan more than Naruto relies on Kurama, which is understandable considering that the dojutsu is a part of his own power. But without it, Sasuke will not be able to use Amaterasu and Susanoo, his most powerful techniques. Even his taijutsu will become incredibly nerfed due to its heavy reliance on the Sharingan to anticipate enemy movement.

However, Sasuke is an expert in fire-style Jutsus, which would be an addition to his arsenal. He is also an expert swordsman, which he can make full use of with his lightning style. Additionally, Sasuke can summon Garuda, a gigantic snake.

Unfortunately, even with these skills, Sasuke without Sharingan would undoubtedly lose to Naruto without Kurama.

Sasuke Without Rinnegan Vs. Naruto Without Kurama!

While the battle we looked at is unfair, let's take a look at one that might prove to nerf the two equally. Who would win in a fight — Sasuke Without Rinnegan or Naruto Without Kurama?

Naruto had already mastered Sage Mode and Kurama's chakra by the end of the series, whereas Sasuke was equipped with Mangekyo Sharingan and Rinnegan. However, what if Kurama and the Rinnegan were taken away? Without Kurama, Naruto still has access to the Six Paths Sage Mode and the chakra of all the tailed beasts. Meanwhile, Sasuke has his everlasting Mangekyou Sharingan, Susanoo, Amaterasu, and other abilities.

Unlike the last scenario, things are much more favorable for Sasuke this time. Taking away Kurama is a huge bane for Naruto, whereas the Rinnegan only serves to boost Sasuke's inherent abilities. This means that even without it, he has an entire host of skills through his Sharingan, including Amaterasu, Susanoo, and the Tsukuyomi.

While Naruto would still have greater strength and durability due to his Sage Mode, he would lose the ability to constantly create his signature ability, Rasengan, and other powerful techniques. However, Sharingan, not Rinnegan, is Sasuke's primary ability, which means that losing the latter will not impact him as much as losing Kurama will declaw Naruto.

While the match will be difficult for both sides, Sasuke without Rinnegan will win against Naruto without Kurama.