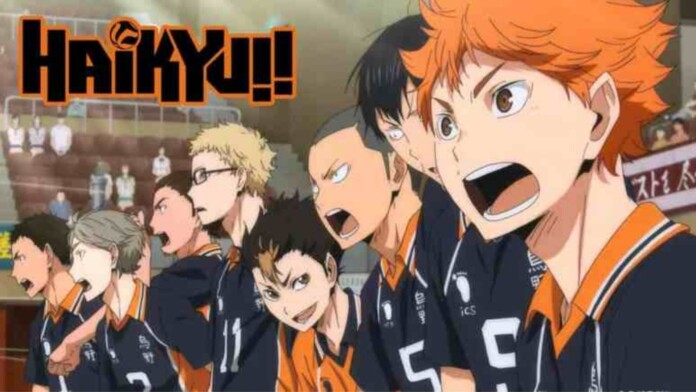 Haikyuu is a popular sports series that has sparked fans' interest in volleyball, and many of them even learned to play it. The series has a beautiful story, but what defines it is the characters. Each one is extremely likable, and one can even find themselves sympathizing and rooting for the opponents.

The series has become so popular in recent years that its theme song was played during the Tokyo Olympics this year. However, that’s not all! A character from Haikyuu, Oikawa, has transcended the fictional world and been accepted as an actual member of the Argentina volleyball team.

With these recent "promotions," a lot of people have started to show interest in the series. While Haikyuu's timeline is pretty straightforward, here's an easy-to-follow watch order that new viewers can refer to. Complete with information on Haikyuu's movies, OVAs, and fillers, this article has everything you need to start your binging sessions!

Haikyuu!! has quickly become one of the best sports anime of all time. What makes the anime so exhilarating to watch is that besides Hinata, every single character is beautifully developed. They have their own dreams and methods of making them come true. Despite being a sports anime, the characters’ goals are not limited to achievement in that sphere.

Furthermore, there is no shortcut to realizing their dreams. The protagonists are relatively inexperienced and are far from being the best volleyball players out there. There are no inexplicable victories here, and instead, we receive a well-crafted story with everyone working towards their goal gradually. It is definitely worth a watch, no matter how much one enjoys the sport or not.

This is the chronological order (in terms of the story's time scale) of Haikyuu’s TV series, movies, and OVAs. Since the plot is pretty linear, this is the recommended watch order for new viewers.

Haikyuu!! starts with Hinata watching the "Little Giant" in action and wanting to follow in his footsteps. Despite his small stature, he gives volleyball his all and revives the club at his middle school. The newly-formed team even makes it to a tournament; however, they are brutally squashed by Tobio Kageyama.

Vowing to surpass Kageyama, Hinata joins Karasuno High School's volleyball team — only to find that his sworn rival is now his teammate. He must now get along with Kageyama to bring his team to greater heights.

Haikyuu!!: Lev Genzan! focuses on Nekoma High School’s volleyball team that has recruited a new member: the half-Japanese, half-Russian Lev Haiba. Despite being a self-proclaimed ace blessed with great height, he is horrible at basic volleyball techniques, giving the team’s setter a hard time. Now with Nekoma’s coach ordering Lev to play in the Kunihira Senior High School’s practice match, Kenma has no choice but to cooperate with him.

Haikyuu!! Movie 1: Owari to Hajimari recaps the first half of the first season of Haikyuu.

Haikyuu!! Movie 2: Shousha to Haisha recaps the second half of the first season of Haikyuu.

Haikyuu’s second season focuses on the Karasuno High School volleyball team attempting to conquer the Spring tournament. To prepare better and sharpen their skills, they accept an invitation from Nekoma High to participate in a large training camp alongside many notable volleyball teams in Tokyo.

By playing alongside some of the nation’s best players and teams, Karasuno develops new strategies that would strengthen them. Moreover, Hinata and Kageyama attempt to devise a more powerful attack, one that could possibly break past the sturdiest of blocks. With the Spring Tournament being their last chance at victory before the third years' graduation, the members of Karasuno's volleyball team must settle their differences and train harder than ever before.

Haikyuu!!: vs. Akaten takes place during the second season. Here, Hinata and Kageyama fail a test, only to realize that the make-up exam conflicts with their training camp. Now, they have to retake their test somehow and reach in time for the camp, but all sorts of hurdles await the two.

After winning against Aoba Johsai High, Karasuno’s volleyball team has finally managed to salvage their reputation. Now on their way to nationals, they have to defeat the powerhouse Shiratorizawa Academy. The team's most significant hurdle in this game will be Wakatoshi Ushijima, the ace of their adversary team and one of the country's top three aces.

There's a lot at stake since this one game against Shiratorizawa will decide who moves on to the Nationals. This is also the third-year players' last chance to qualify, and Karasuno has to use everything they learned during the training camp to attain victory. With both teams trying their best, let's see who comes out on top!

Haikyuu!!: Tokushuu! Haru-kou Volley ni Kaketa Seishun revisits the important teams that participated in the qualification matches before the nationals. Through a set of interviews, the audience can see what the players feel about the other teams, such as Datekougyou, Aoba Johsai, Shiratorizawa, and Karasuno. It is basically a quick recap of 20 minutes before starting with the 4th season.

Haikyuu!! Movie 3: Sainou to Sense is a recap film covering the match against Aoba Johsai High School that took place in the second season. It covers extra scenes from the training camp and shows Aoba Johsai's members after their defeat.

Haikyuu!! Movie 4: Concept no Tatakai is a recap movie about Karasuno's match against Shiratorizawa Academy that happened during the third season. It contains few additional scenes and should be watched before viewing the fourth season.

Haikyuu!!: To the Top is the fourth season in the franchise. The story follows Karasuno’s volleyball team as they prepare for Nationals after their triumphant victory over Shiratorizawa Academy.

During this time, the genius setter Tobio Kageyama is invited to the All-Japan Youth Training Camp to train and play alongside other nationally recognized fellow players. At the same time, Kei Tsukishima is summoned to a special rookie training camp for first-years within the Miyagi Prefecture.

Feeling left out, Hinata transforms his frustration into self-motivation and barges into the same rookie training camp as Tsukishima. While Hinata only lands himself a job as the ball boy, he uses this opportunity to reflect on his skills as a volleyball player and returns to the basics.

As the much-anticipated Nationals approaches, the Karasuno's volleyball team members attempt to refine their skills while aiming to win the gold once again.

Haikyuu!!: Riku vs. Kuu is an OVA that covers the intense matches going on at the Tokyo Qualifiers for the three remaining spots in the national volleyball competition. Nekoma High School, Fukurodani High School, Nohebi Academy, and Itachiyama Academy all strive to participate in the tournament.

As Nekoma aims to secure their place by overcoming their opponents, the Tokyo Qualifiers determine which teams will reign victorious and join the national competition.

Haikyuu!!: To the Top 2nd Season is the second cour of the fourth season. The story revolves around Karasuno's volleyball team as they finally make their appearance at Nationals. While they win against the Tsubakihara Academy in their first match, a hurdle awaits them.

Now facing their most formidable opponent yet: the runners-up of the last Spring Tournament, Inarizaki High School, Karasuno has a challenging game to play. Dealing with the formidable twin Miya brothers only serves to make things more difficult for the members. Will they manage to come out on top once again?

Fillers are usually used to maintain some sort of distance between the source material and the adaption. This is done to ensure that there’s enough content left to adapt in the future. These fillers are also essential in anime, as they provide information on the characters or introduce new original arcs. However, they often serve to break the flow and reduce the enjoyment of viewers if badly employed.

Fortunately, Haikyuu anime has zero fillers. With four complete seasons and multiple OVAs and movies, no episode can be considered non-canonical. The excitement felt during the games never once dies out due to unnecessary fillers, making the lack of fillers one of the main reasons Haikyuu is popular and easy to binge-watch.

Can You Skip the Haikyuu Movies and OVAs?

The movies in Haikyuu are basically just recaps of the previous seasons and are used to refresh one's memory before proceeding to the next season. During binge-watching sessions, they can be entirely skipped. OVAs, on the other hand, are side stories that have new scenes adapted from the manga.

You can skip Haikyuu movies and OVAs since they don't contain vital information. However, a lot of extra scenes are included, which are pretty entertaining. Thankfully, you don't have to watch the entire sideshows with this playlist containing all the new scenes.

IV. Where Can You Watch Haikyuu Anime? - Watch Links