How to Fix a Broken iPhone Charger That Won’t Charge – 8 Different Solutions to Try Right Now! 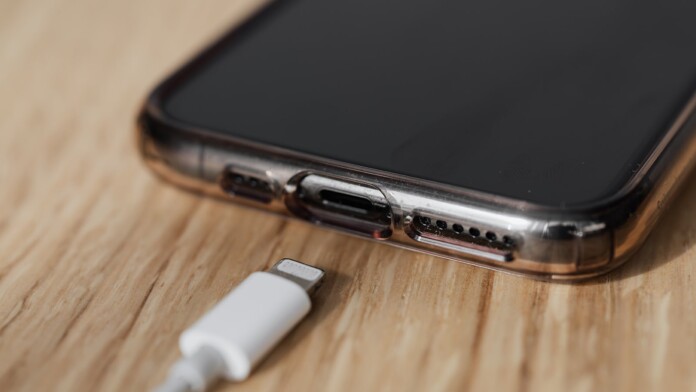 When you're in a rush to charge your iPhone, the last thing you want to see is your phone refusing to charge. However, we've all been in that situation at least once. So, is there a way to fix a broken iPhone charger? Is there a possibility of repairing a broken charging cable or power adapter? We have the answers to those questions - so, keep on reading!

First, an essential piece of information: in general, we don't recommend trying to tamper with a broken charging cable or power adapter for your iPhone. With that said, we're going to give you plenty of helpful pieces of advice on how to possibly resolve your issue, so let's jump right in.

How to Fix a Broken iPhone Charger That Refuses to Charge Your Device?

There's plenty you can do to try and fix a broken charger, or at least to pinpoint the reason why your device refuses to charge. With that said, you'll want to go through the following steps.

Press and then quickly release the Volume Up button, and do the same with the Volume Down button. Finally, press and hold the Side button until Apple’s logo appears on your iPhone’s screen.

Press and hold both the Side (or Top) button and the Volume Down button. Keep those two buttons pressed until you see the Apple logo on your phone's screen.

Press and hold the Side (or Top) button as well as the Home button. You need to keep those two buttons pressed until Apple’s logo appears on your phone’s screen.

The steps above are Apple’s official recommendations on how to fix a broken iPhone charger, as well as how to behave if your iPhone refuses to charge. However, we’ll supplement those tips with additional steps (found just below), so make sure to keep on reading.

We also recommend learning about the alternative ways of charging your iPhone. With that said, our guide on how to charge an iPhone without a charger will help you discover four more options.

What Else Can You Do When Your iPhone Charger Won’t Charge?

Perhaps your iPhone's charger isn't the reason why your phone doesn't charge. With that said, we'll try to help your pinpoint the exact cause of your issue. That means that you'll also want to try the following as well.

What Are the Causes for an iPhone Charger to Stop Working?

Charging any battery is a very complex process. With that said, plenty could go wrong (even though today’s batteries are highly reliable and safe). In terms of Apple’s smartphones, these are the typical causes for a charger to stop working.

Should You Try to Repair a Broken Lightning Cable on Your Own?

No, we don't recommend trying to repair a broken Lightning cable on your own. That's because Lightning cables are very delicate. They consist of four wires that need to be treated carefully, and you'll also need to slice open the insulation and make sure everything is connected correctly to the circuit.

You’ll also find Lightning cables from other manufacturers, which might come cheaper than Apple’s cables. However, the truth is that you won’t save much, and there’s a chance that your iPhone will refuse to charge if it detects an "uncertified" cable.

Should You Try Repairing a Broken Power Adapter for Your iPhone?

No, you shouldn’t try fixing a broken power adapter. Even if you know what you’re doing, power adapters can behave unexpectedly if tampered with or modified. Keep in mind that Apple’s power adapters cost around $19.00, so there's no reason to try and repair a faulty power adapter on your own.

It's true that other companies sell power adapters as well, promising to charge your iPhone in the fastest possible way. However, just like we recommended earlier, our strong suggestion is to buy a power adapter made by Apple (especially if you care about your device's warranty).

This is where we end our tips on how to fix a broken iPhone charger. If you have any questions or doubts, feel free to post a comment below. And finally, we'd like to thank you for reading!

The Atlanta Hawks are one of the most exciting teams in the NBA, with a great core of talented young players and...
Read more
Social Media

Two top executives will be replaced as a part of Twitter's reorganization under the new CEO who took over the platform on...
Read more
Sports

Two Eastern Conference rivals go face to face on Saturday evening in what should be a cracking NBA match-up. The Miami Heat...
Read more
TechNews