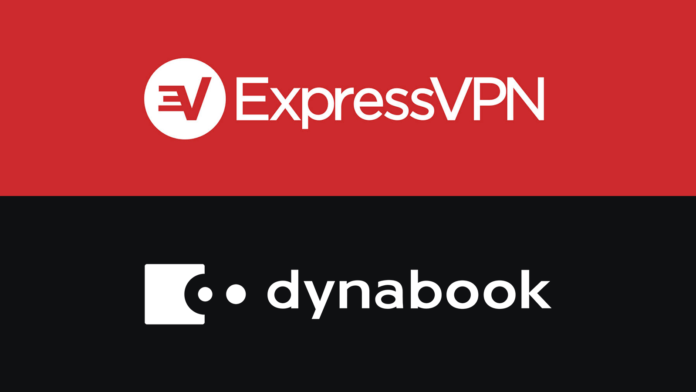 ExpressVPN, one of the leading consumer VPN solutions, has announced its partnership with Dynabook. This company was formerly known as Toshiba Clients Solutions, responsible for a lineup of Windows laptops and related consumer electronics. Now operating under the new name, Dynabook is looking to form partnerships with trustworthy entities, which is how ExpressVPN has rightfully found on its place on Dynabook’s laptops.

As a result of this partnership, ExpressVPN will come preinstalled on all new and future Dynabook PCs, starting with the new Satellite Pro L50, which was launched in December 2019. This means that those who buy Dynabook PCs will get a 30-day trial of ExpressVPN, with no strings attached. This is going to be the standard version of the VPN, like the one we’ve recently reviewed. ExpressVPN is truly one of the leading VPN services, coming up with constant innovations while maintaining a no-logs privacy policy.

The VPN’s press release also tells us that Dynabook chose ExpressVPN after careful consideration and a rigorous selection process. We’re sure that’s true, and this is something that’s especially important for Dynabook, considering that this is still a new brand with a long road of building a strong reputation. The Dynabook team conduced in-depth tests to ensure that ExpressVPN not only runs well on their PCs, but also provides reliable security, protection, speed, and ease-of-use.

As said by Damian Jaume, the president of Dynabook EMEA: “We chose to partner with ExpressVPN because they are absolutely unparalleled in the industry when it comes to cutting-edge security, super-fast connection speeds globally, and ease of use. They share our deep commitment to building a safe and open internet experience.”

It’s interesting to note that this isn’t the first partnership of this kind for ExpressVPN. Back in September 2019, a partnership with HP was announced, bringing ExpressVPN to a range of Spectre-branded laptops. With this said, it’s clear that the VPN’s goal is to reach as many users as possible by coming preinstalled on a range of devices, and this strategy seems to be paying off.