Does Cord Cutting Cost Less Than Cable? (Yes It Does) 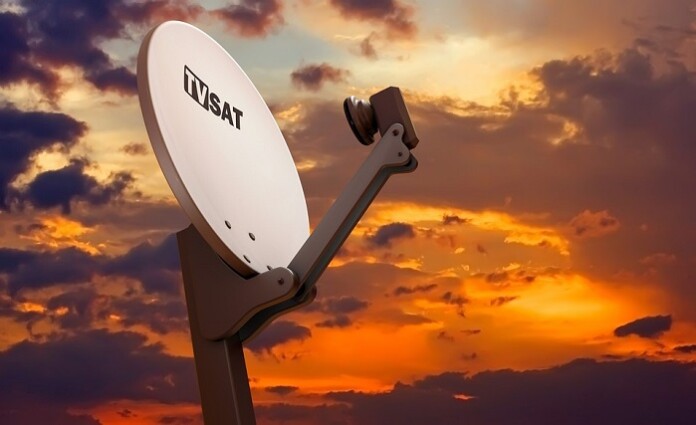 Millions of Americans are today switching from cable and satellite to online streaming; a phenomenon generally referred to as cord cutting. A major consideration for people who make this switch is cost. They believe that they will save quite a lot if they do not get to pay cable or satellite bills. But is that really the case? Does cord cutting cost less than cable as a good number of Americans think? Let’s find out together.

A recent study reveals that ditching cable and satellite TV can help you save over $1,200 per year. TV needs are not the same, and it could be amazing how much you save annually when you do not pay for the many channels you get from your satellite subscription which you do not watch. Beyond its dollar-saving benefits, cord-cutting will help you minimize couch surfing. It boosts social connections, and makes accessible regular and up-to-date broadcast, assuring that you always have a variety of programs at your disposal.

What is Cord Cutting?

A lot of people may have heard about cord cutting but may not quite know what it is all about. That’s simple!!! Cord cutting means canceling your cable or satellite TV subscription/service. It started gaining popularity in the United States when over-the-air broadcast signals upgraded from analog to digital. This opened up various TV shows in appealing HD with the aid of a television antenna, defeating the need for a monthly payment of fees to TV providers.

The rate at which Americans are shunning cable TV is alarming. eMarketer predicted that by the last quarter of 2017, about 22.2 million U.S. adults will cut their cords. This is 33 percent higher than the 16.7 million estimated to have done same in 2016. The trend is more popular with younger folks who are grappling with financial challenges. If we consider current estimations, the 196.3 million U.S. adults who subscribe to cable and satellite TV will drop to 181.7 by 2021. Could this be an estimation that cord cutting cost less than cable TV? It probably is. 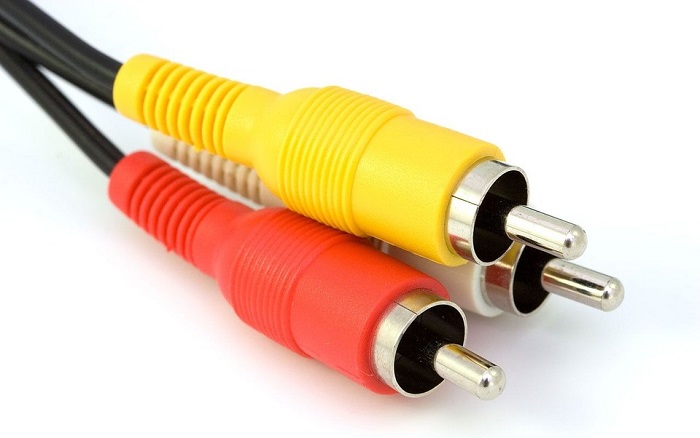 And while America continues to witness a considerable decline in paid TV subscribers, there is an exponential growth in the number of people subscribing to original programming. Big players in the industry have noticed the signs and are cashing in on the trend. CBS, for example, launched full access to its products in 2014. There are recent reports too that Disney has earmarked the first quarter of 2018 for the debut of its no-cable-needed ESPN OTT package.

If you decide to go for cord cutting, there are a couple of options for you. From a traditional TV antenna to a DVR and the very popular online streaming, you are guaranteed premium entertainment with the various cable and satellite TV alternatives you have. And while some people may still wonder how true this really is, cord cutting cost less than cable and satellite TV. Any doubts? No problem. Just read on!!! 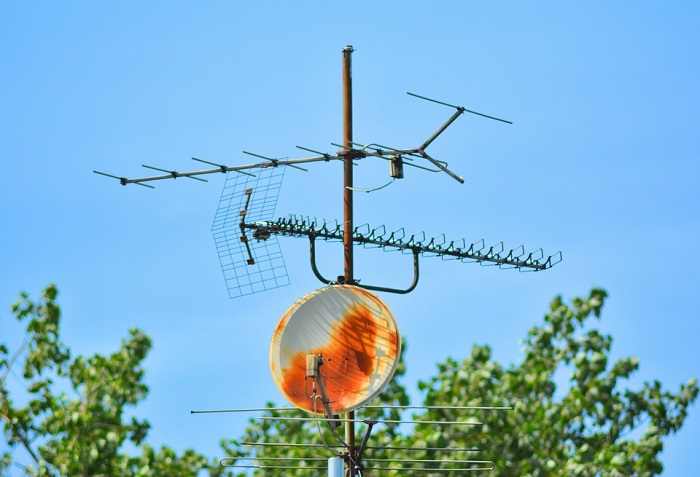 This is one very important alternative for cord cutters. A TV antenna grants you access to live TV, especially your local and favorite channels. No streaming is needed here; get yourself an antenna and enjoy exquisite TV entertainment with great image quality, and without worrying about the headache of monthly subscription fees. When you get a local TV antenna, you will realize that indeed, cord cutting cost less than cable or satellite TV.

There are lots of broadcast TV shows you can access with your TV antenna. You are sure of ABC, CBS, FOX, PBS, CW, NBC, etc. Depending on your location, you could also receive interesting movies, kids, news, and other entertainment content.

With your antenna, you are served local news and sports any time of the day. Cable news channels like CNN and Bloomberg will also be handy. If you are a sports fan, the NFL, as well as other interesting sports contents, are made at zero cost; Sunday Night Football, Thursday Night Football, Sunday games, and many more. If you didn’t agree with the fact that cord cutting cost less than cable TV, maybe you should start thinking about it again.

This is one other great device that will provide you an amazing TV experience. A DVR antenna offers you the virtually the same experience as your Satellite or Cable subscription, with the added advantage of being able to pause and record live TV. With a DVR, you get to set a timer to record your preferred show while you enjoy other programs. The concept is simple; you get to record your favorite programs while watching others (all provided by non-cable and/or satellite services).

While your TV antenna is good enough to provide quality entertainment, streaming services come into play when you identify specific cable or satellite content you just can’t miss. You want exclusive access to your favorite series, sports, drama and other TV content, stream them online. TV streaming is an exciting new way to do away with expensive cable and satellite bills, and get the confirmation that indeed, cord cutting cost less than cable or satellite subscription, yet provides all the entertainment you need. 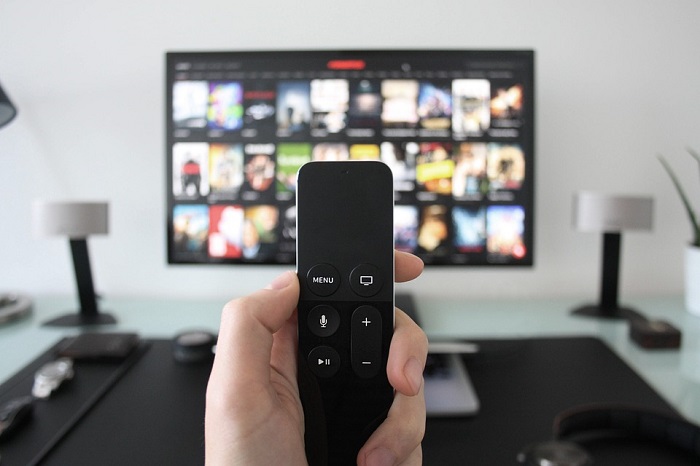 You may be wondering which streaming services are best for you. Well, that should not be a problem because you are guaranteed a great experience with any of them. Of the many streaming options available today, a few stand out tall and you wouldn’t want to miss checking them out. Netflix, Amazon Prime, Sling TV and Hulu are just a few you of these services.

Streaming services basically depend on internet speed. However, you do not quite need rocket speed internet to enjoy high-quality videos. About 25 Mbps should be okay for most of your home shows and programs.

Cord Cutting Cost Less, But It Has Considerations

Given that cord cutting entails doing away with traditional forms of TV entertainment, there are several things you may want to consider before completely doing away with paid TV subscriptions. Some of these considerations include;

The Availability Of Other Alternatives

One of the setbacks of traditional cable and satellite TV services is their provision of loads of channels that may never really be needed. With cord cutting, you do not necessarily do away with this challenge, but you have a variety of options to choose from. Options that of course best suit your needs. And not only are these options affordable, they are also quite flexible. So if you are asked if cord cutting cost less than cable or satellite TV, the answer isn't far-fetched; it's a resounding "yes".

The Availability Of Internet Services

Going cord cutting means ditching your traditional methods of getting TV content. If you are not going for a local antenna (which is itself limited in the service offered), online streaming is your final option. And no one talks about online streaming without the internet. If streaming is your choice, you will have to ensure that you have a constant flow of internet to be able to enjoy your content without interruptions. So while we agree that cord cutting cost less than cable and satellite TV, we cannot also deny the fact that some basic requirements are needed to be able to enjoy streaming services hitch-free. The good news is that the internet is readily available and affordable in America.

Some Myths About Cord Cutting 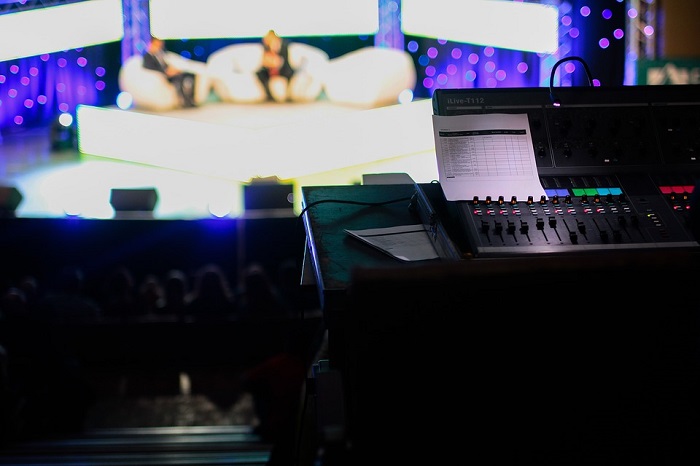 When you decide to cut your cords, you will probably get disapprovals from those who are yet to do so. They could come to you with their misconceptions on the phenomenon, and it takes the right knowledge, to be able to stay focused and continue to benefit from cord cutting.  The following myths busted should help you stay in line.

Satisfaction Is Not Guaranteed With Cord Cutting; Traditional TV Is Still The Best

Another common argument from people who may not be pro cord cutting is that cord cutters are pirates. But let's face it... who will want to pay exorbitantly for something that can be acquired for just a fraction of the amount? At least not the average citizen to whom saving some money that would have been spent on cable and satellite bills, is extremely helpful. And there is no way Americans will great stuff like cord cutting not want to exploit it. It is also important to note that there are legal ways to be through which one can enjoy streaming services at virtually no cost. Netflix, for example, gives you the opportunity to binge-watch your best content; Amazon Prime offers its members free streaming and Hulu Plus gives access to latest episodes and seasons of blockbuster series. These are all offered free of charge. Instead of regarding it as piracy, therefore; just accept that cord cutting cost less than cable and satellite TV.

As cord cutting becomes more popular in America, people are beginning to wonder if it will really meet their needs. They wonder if they will continue to enjoy the great content offered by cable and satellite TV, including live shows and sports events. Well, let's look at some of these worries and attempt to sort them out. This will undoubtedly help us ascertain that indeed, cord cutting cost less than cable and satellite, yet provides the same great entertainment you will get from the more expensive alternatives.

Can I Still Watch My Favorite Channels?

Of course, you can always have access to your favorite channels when you go cord cutting. With the right combination of options, you can get up to 90% of the channels you would normally have on paid TV. The remaining 10% will likely not be a problem because you would already have lots of contents at your disposal.

This is one major preoccupation of those who are still skeptical about switching from cable or satellite TV to online streaming and other cord-cutting options. They fear they may be able to watch the news and other important programs live. But that is not exactly the case. Depending on the cord-cutting option you go for, you could very well stream major TV channels in the country. And if it is a local antenna you go for, you sure will have access to the channels around you. Still wondering if cord cutting cost less than cable and satellite TV? The answer is simple; yes it does!!!

What's In It For Die-heart Sports Fans Like Me 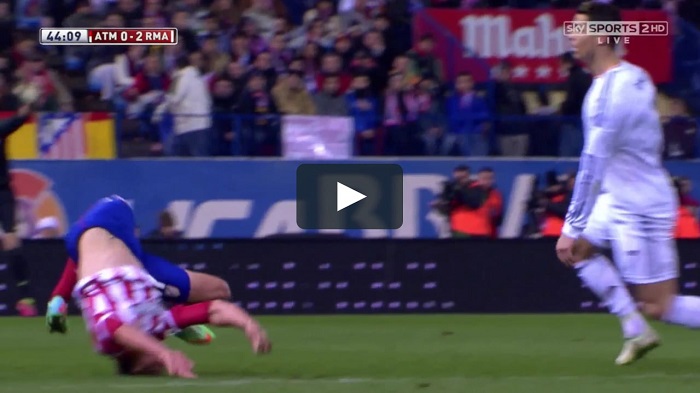 While some people go for TV to enjoy a wide range of movies, drama, documentary and other content, others will not take their eyes off the sports channels. Some people pay cable and satellite bills just to access their favorite sports channels. For such people, one thought runs through their mind whenever they think of cord cutting; they will lose access to their favorite sports programs. But that is definitely not the case. With the right cord-cutting strategy, you can have access to all your sports programs just like you would do on cable and satellite TV subscriptions. For those who doubt, it would be a good idea to try cord cutting for a while. Perhaps that is one requirement to convince doubting Thomases that indeed, cord cutting cost less than cable and satellite TV, and it can provide you as much entertainment as conventional TV subscriptions.