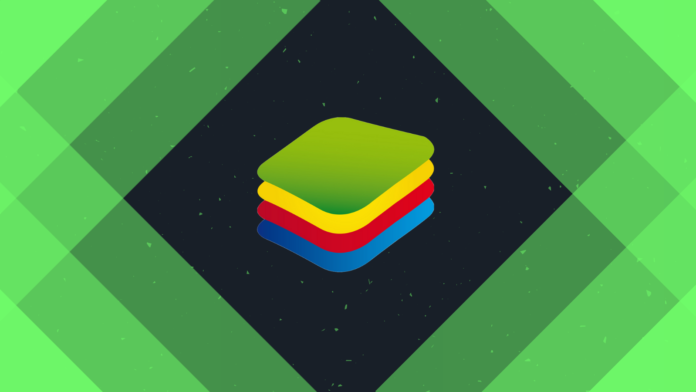 BlueStacks is currently the most popular Android emulator. This software is based on Android OS and supports both Windows and Mac. BlueStacks has made it possible for users to have complete control over your Android apps, even if you don’t have a smartphone. However, Blustacks is buggy and keeps interrupting your workflow with advertisements and mundane suggestions. It plays all its sleazy tricks for its $2 per month to sell us control over our home screen apps. Adding to this misery, the software lacks a full Android interface and lags on so many levels. Many have lost their patience between its new updates and promises to fix its bugs. If you are on the same boat, here are some BlueStacks alternatives that might put you out of misery.

In this article, we have listed our top alternatives to BlueStacks. As per our tests, the featured software is lightweight and perform better than BlueStacks. 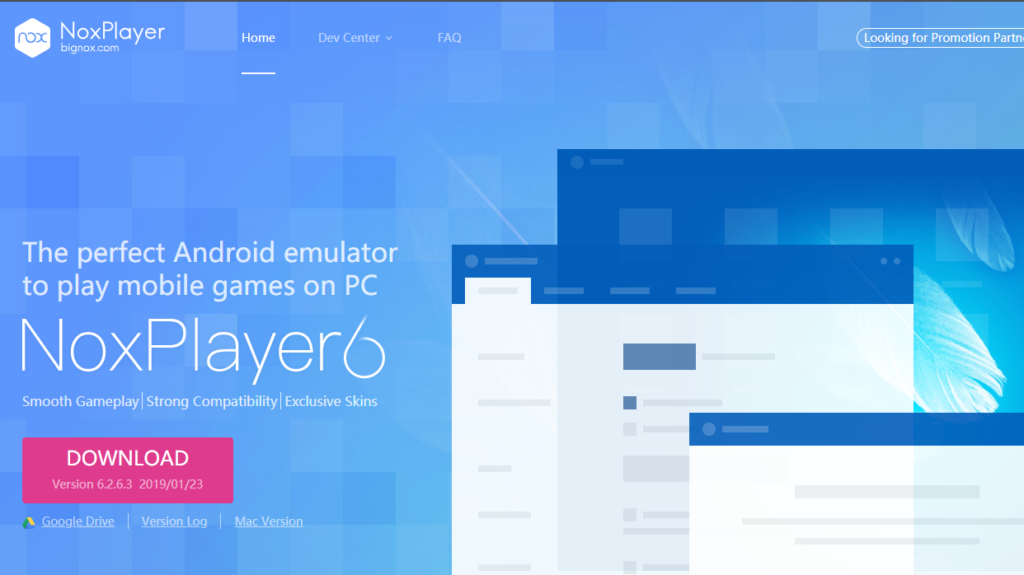 Nox App Player is our best BlueStacks Alternative for its feature-packed model. This robust software features Gameplay optimizations and controller compatibility, which makes Nox App Player a paradise for the gamers. It is said that if a device is designed to handle high-end gaming, then it can pretty much handle everything else too. The software features the ability to change the build.prop of Android devices. This further improves the interface capabilities and makes the software a much user-friendly piece of coding.

Nox App player comes with a preinstalled file explorer for APK installations. The platform is based on Android Lollipop and has a beautiful material design. We highly recommend it for gamers and for anyone who wants a bit extra from their Android emulator. 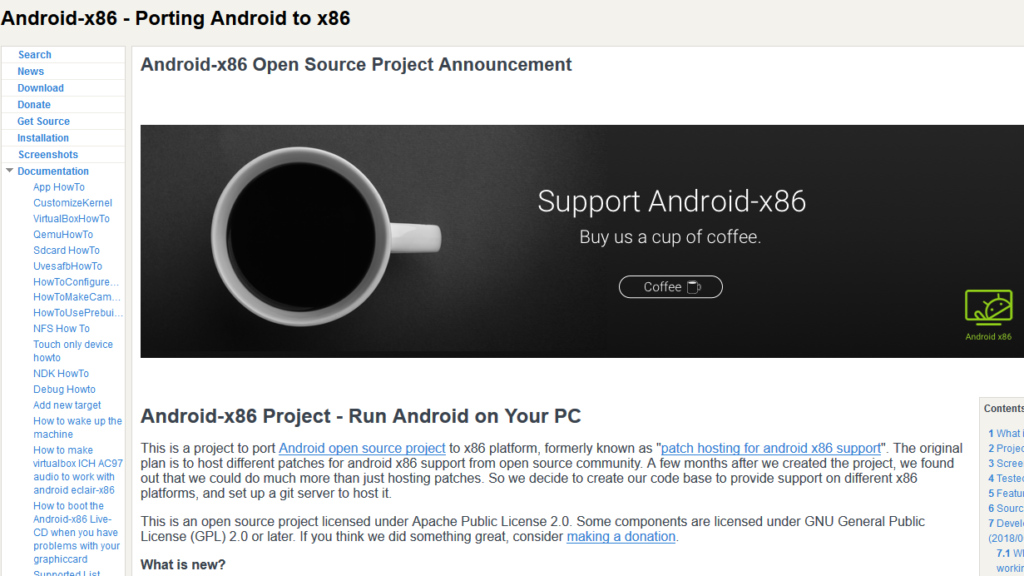 Previously, Android-x86 was known by the name - ‘patch hosting for Android-x86 support.’ The platform was primarily designed for hosting different patches for Android-x86 support from its open source community. Now, the project has infused itself with the compatibility for PC architecture. We found that the platform hasn’t pushed itself as a mainstream alternative to BlueStacks. However, it can smoothly run Android devices on AMD and Intel x86 processors. Adding to that, the users can also test the OS with LiveCD.

Android-x86 is based on Dalvik Virtual Machine, but as per its official forum, the platform will soon be moved to Android v5.0. This alternative might not be popular compared to the other software on the list, but it performs like a pro. Highly recommended! 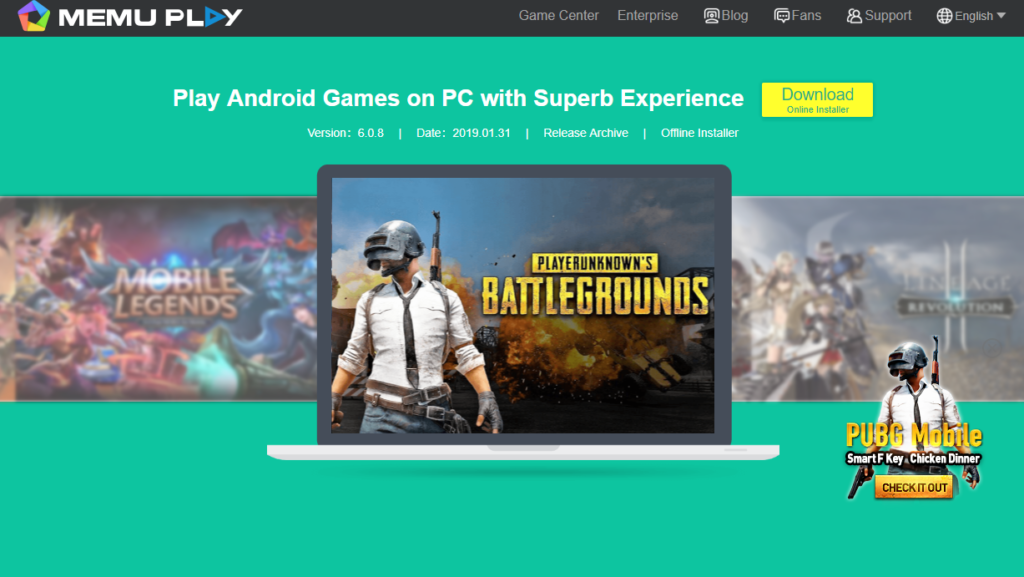 While testing a wide range of Android Emulators for this article, MEmu came out as the only complete software on the list, which is capable of high performance and great compatibility. The software is designed specifically for Windows and supports nearly all Windows devices and screen sizes. Apart from the flexible customizations and wide support of hardware, this is also beautiful in appearance. Using it is like getting your hands on a high-end phone.

You can use this software for pretty much anything; playing games, chatting more conveniently through social apps, watching live shows and TV channels—pretty much anything. MEmu is completely free and features bearable ads. It’s a great product. 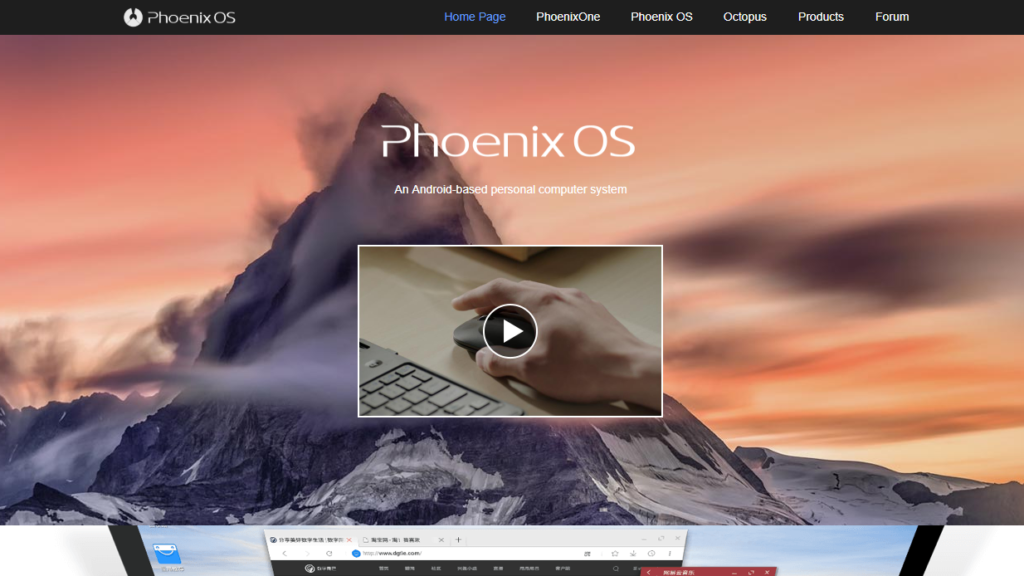 Phoenix OS is developed based on the Androidx86 platform. This personal computer operating system can be used on smart tablets, laptops, desktops, and many other digital devices. The platform has inherited most of the mainstream features of an operating system. It also seamlessly supports Android applications. The platform is completely free and can be used under any setting; personal, family, education or others.

Phoenix OS supports both Windows and Linux. While testing this software, we found that the user interface is smooth with the multitasking, and can easily run high-end games. For anyone who is looking for an alternative that gives a complete experience of Android on Desktops, here is a good deal. 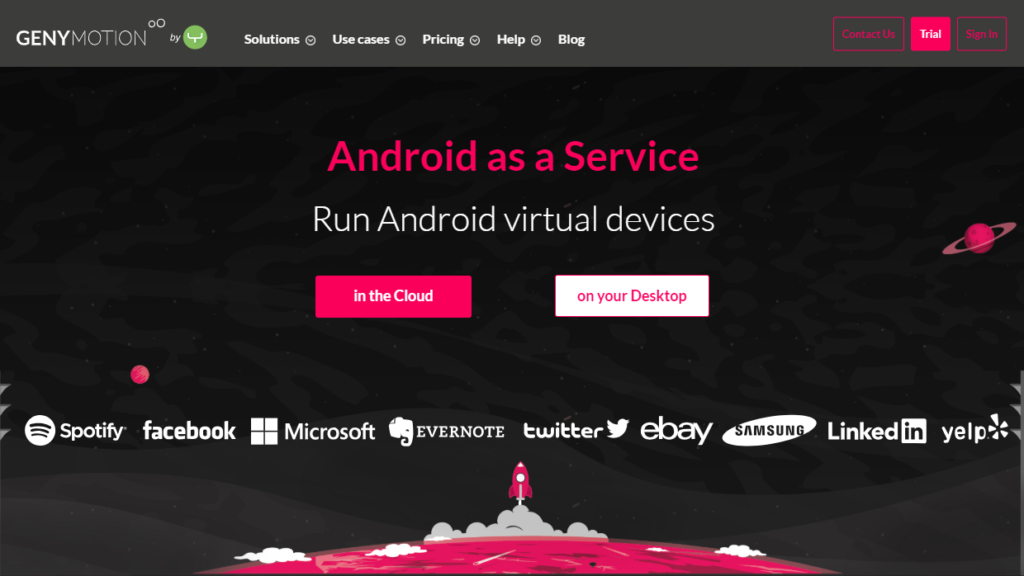 Genymotion is a professional Android emulator which is designed around building and testing Android apps. It is known for its simplicity and power. The platform offers 20 pre-configured devices, and also allows you to create new custom ones. It is available in two versions; Personal edition which is free for personal use and the commercial version which has a small subscription fee between $9 and $25, depending on your commitment.

Genymotion is insanely fast and is packed with features like resizable windows, customizable IMEI, CPU virtualization and many more. The platform is well integrated with plugins and is compatible with different architectures. You must try it. 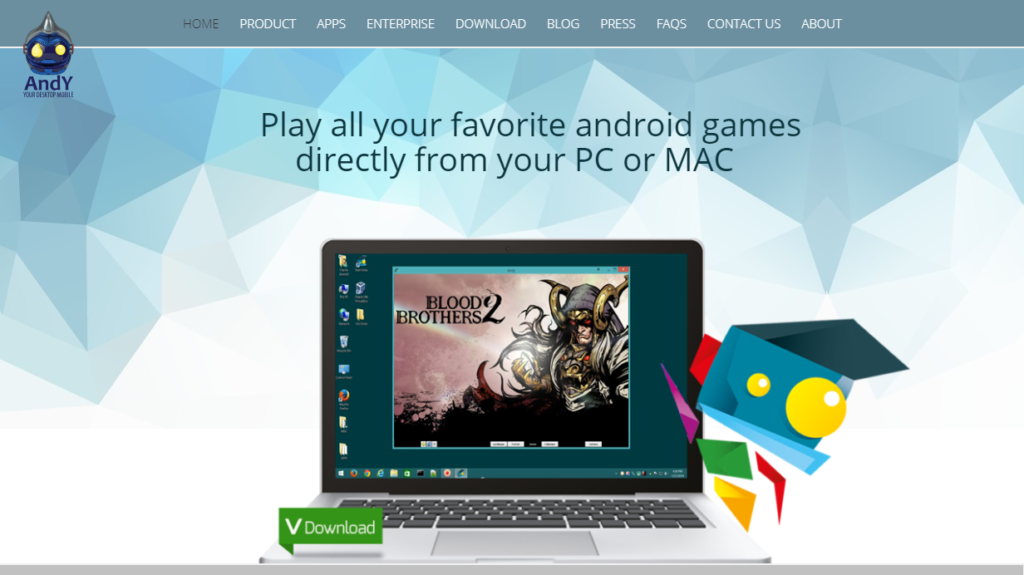 Andy is arguably one of the most versatile BlueStacks alternatives in our list. The platform claims to have bridged the gap between desktop and mobile computing. It is also known for its frequent updates. It keeps the users up and current with new Android OS features. Apart from that, it offers unlimited storage capacity and runs all the mainstream games at ease. It also supports joysticks, so the users can take advantage of the multi-touch element of gaming.

Andy is compatible with both PC and Mac. It allows a seamless connection between mobile and desktop, and yes, all its data can be synced in real time. Isn’t that a great deal? 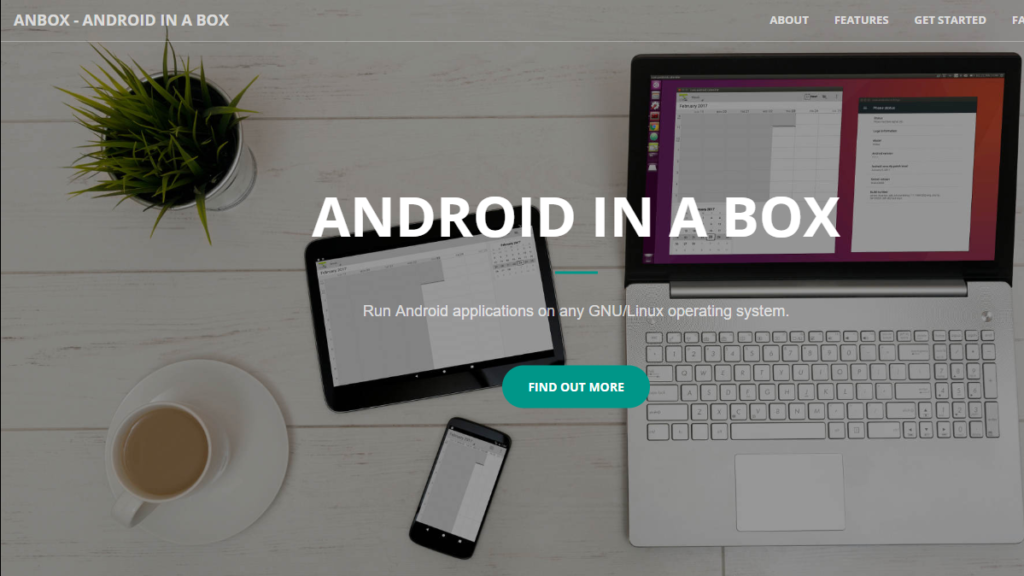 Anbox is an open source Android emulator that puts the Android operating system into a container. The platform abstracts hardware and allows the integration between core system services into Linux systems. The software allows the integration of all your Android apps with your operating system. It integrates in such a way that the entire interface seems to merge with the OS like a native application.

Anbox uses standard Linux technologies to separate the Android operating system from its host. As per the website, any version of the Android is suitable for this. The team behind it ensures that the users receive the latest features with consistent updates. And best of all, the platform is completely free. 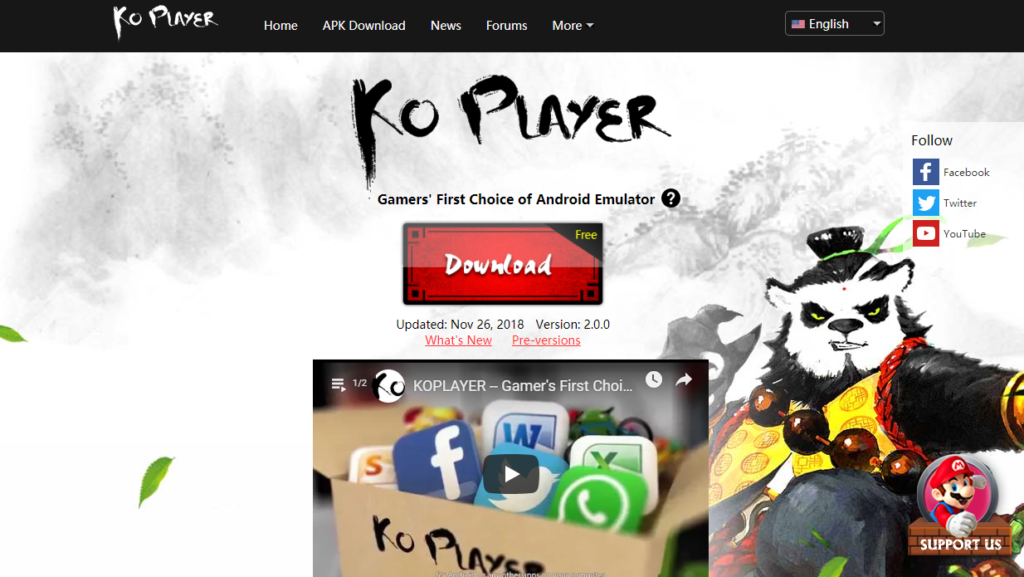 KOPLAYER is specifically designed around gaming experience. It helps users run over a million Android applications and experience gaming like no other Android emulator. It is based on the newest kernel technology under the Android-X86 architecture. The software supports hardware acceleration, AMD CPU and OpenGL and many others.

KOPLAYER also supports big screens and offers unlimited storage. The software only supports Windows 7 and 8. You can drag and drop APK file on it to install them. It also promises to run about 100 games on it, which compared to the other emulator, is far higher. 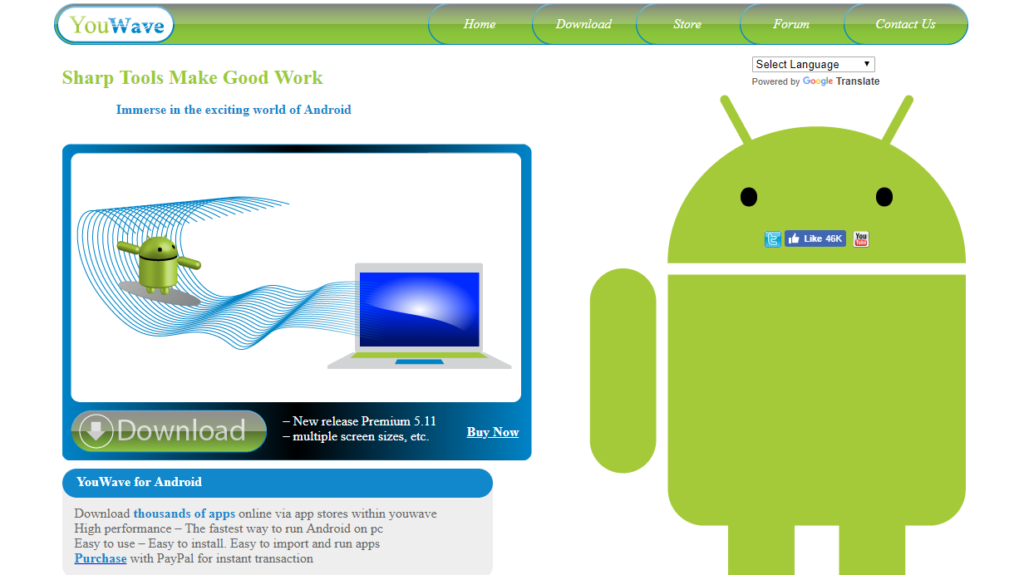 YouWave buckles up your PC and gives it an incredible Android experience. It is available for Windows 7 and 8 and supports both 32-bit and 64-bit architecture. Apart from promising the mainstream features of an Android Emulator, YouWave also has many things to keep your entertainment on toes. It supports multiplayer online games, which is an absolute treat for gamers. It also features its own app store, which is filled with all the supported applications.

YouWave is a promising alternative to BlueStacks which satisfies users on all fronts. For its premium version, it charges a reasonable $19.99 per month. 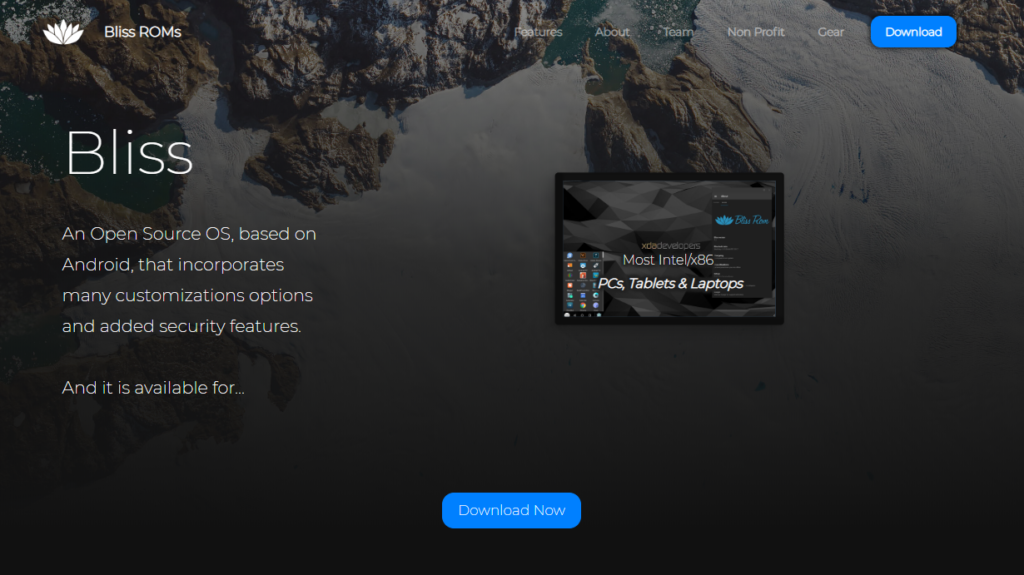 Bliss OS is an open source operating system for phones, tablets, and PCs with Desktop. The software is designed as a quality daily runner that can easily handle everyday tasks like chatting, streaming, and gaming. We found no problem with the BlissOS while syncing apps and their settings. It seamlessly works and makes everything up and current across all your platforms. The software comes with a wide range of customization options and functions.

BlissOS has a wide selection of out-of-the-box themes, which you can apply using rootless Substratum. As the name suggests, this alternative is really bliss for its features.

We would like you to carefully go through the recommended options, as some of them are bloatware too and are filled with Ads. Kindly go through the products' websites and see if it’s a product for you that meets your requirements. We wish you all the very best. This list has some of the best BlueStacks alternatives that are available on the internet, as per us.

At Technadu we are open to suggestions. If you think we left one of your favorites, kindly let us know in the comments. Also, to get instant tech updates, Follow TechNadu’s Facebook page, and Twitter handle.