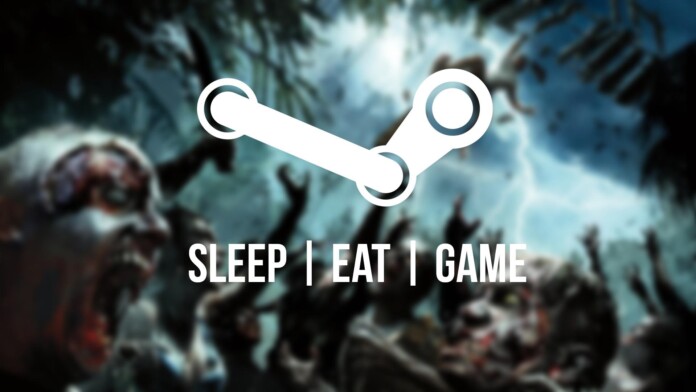 Gamers on PC truly knows what it means to have choices, compared to Xbox and PlayStation users. At the same time, certain users call the platform too fragmented. This was the opportunity that leads to the formation of digital storefronts, where gamers can keep everything in one tidy place. With quick research, we found that more than 90% of the gamer’s collection is on Steam, a platform created by Valve. And Steam’s popularity is well-deserving. The gaming community is apparently happy with the deals on Steam, and it’s a fairly secure environment. However, there are tons of other places that are worth your time—filled with deals and catalogs that aren’t available on Steam. We think it is time we explore some Steam alternatives and break its monopoly on PC gaming.

When we explored the options, we were surprised how many great platforms are available on the internet. Apparently, no two platforms are the same, and every option brings something new to the table. We found monthly free games on Origin, DRM-free games on GOG and exclusive deals all around, which is rather hard for Steam to match with its current model. In this article, we are exploring our top 6 alternatives to Steam that are promising and loaded with goodies. 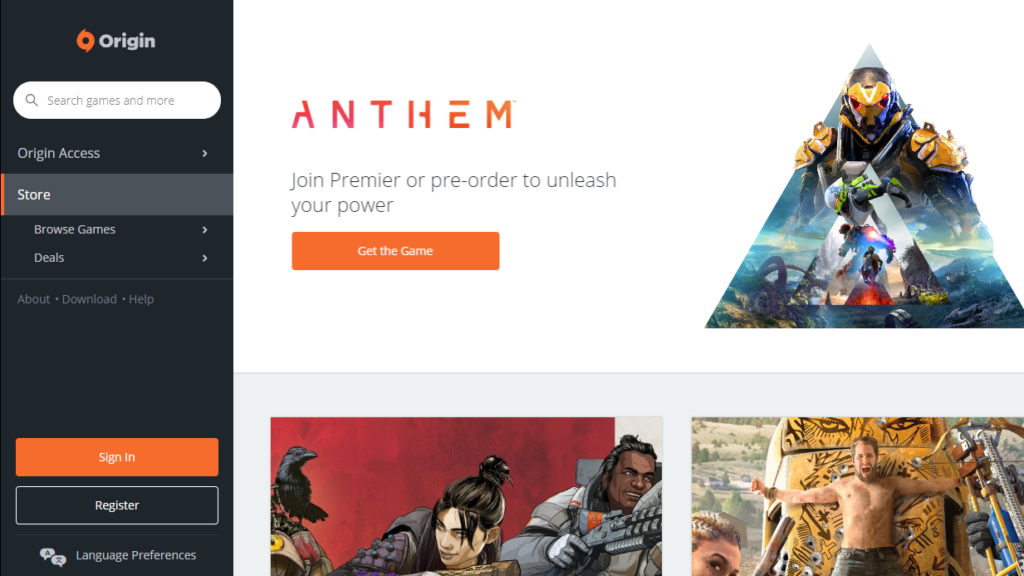 Gamers are stringent with their gaming taste, and only a small percentage of them are truly a fan of EA titles. However, Origin takes EA titles seriously and has built its entire storefront around it. That doesn’t mean that there are no non-EA titles—the popular games like Square Enix's Final Fantasy XV and Wild Hunt are available on it. Personally, we have seen the brand grow over the years from an entry level buggy storefront to a well-polished platform that offers all the contemporary amenities of a digital store. Origin features cloud space, game forums, friend lists and offline access to your game library. Apart from that, Origin offers team gaming with live chat support that rather matches a console experience. Users are also allowed to broadcast their gameplay on Twitch. Furthermore, it offers demos and free trials for most of the popular games on the platform.

Origin also has a premium plan with extra features that enhance the overall experience of the platform. The premium version costs $5 a month or if you are really serious about it, you can opt their annual program for $30. The plan gives you unlimited access to the EA Vault, which has about 100 games from old titles to the brand-new releases like Andromeda. The premium users are also given early access to the new EA releases and offer a 10 percent discount on game purchases. We are a big fan of the platform. We give it out our first spot to Origin. It is currently available for Mac, and Windows only. 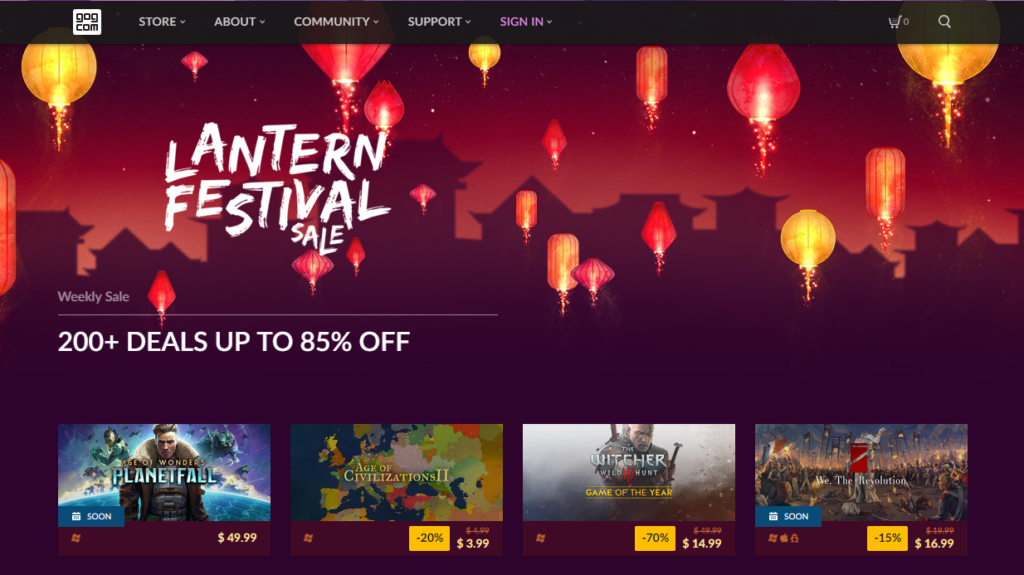 GOG’s main selling point is that everything that you buy on the platform is DRM-free. Many of us can’t get our heads around the fact that there is an entire platform dedicated to DRM-free titles. GOG started its noble journey by reviving the old titles so they could work on modern PCs. From there it has come a long way, where now you can find the DRM-free version of some of the most popular titles in the gaming world. It’s also been the longest running alternative to Steam, which allows people to load their games on their discs and also allows them to keep the installer files on their local harddisks.

We found some great deals on the platform. Also, users on its forum mentioned an impressive seasonal scheme, which integrates your Steam account to GOG. This further allows you to obtain the DRM-free version of your games at no extra cost. We were surprised to see the DRM-free versions of titles like No Man’s Sky and The Witcher 3. GOG also has a stable desktop client called GOG Galaxy. We found it decent and loved how it delivers the scrappy DRM-free experience. It features could space, automatic updates, friend lists and other standard amenities of a digital storefront. 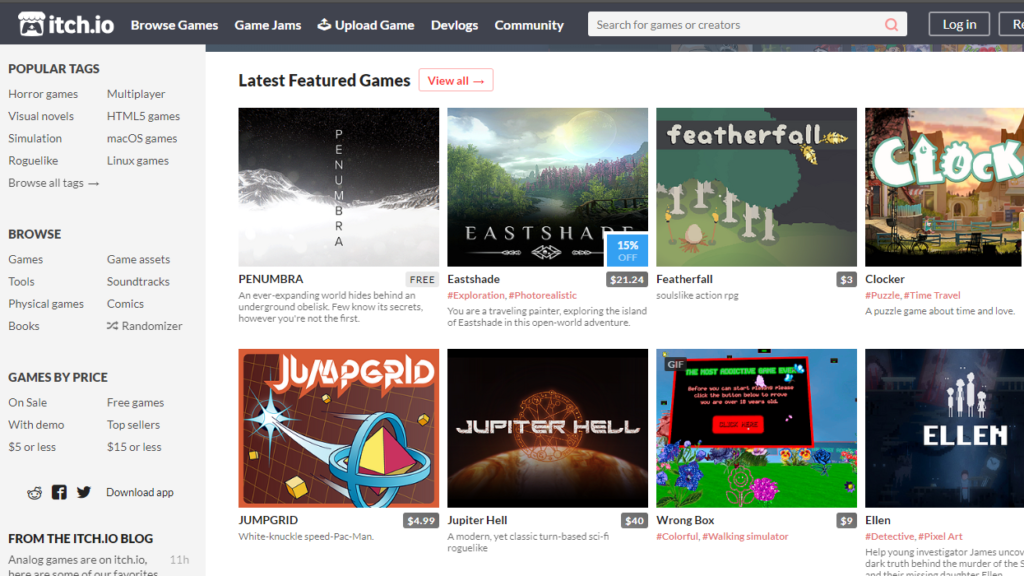 Anyone who hears about the itch.io cribs about the choice of its name. But apart from that, everything on the platform seems to be in the place. Itch.io has a unique business model compared to the other storefronts. Here independent PC game developers are encouraged to sell their games under the pay-whatever-you-can model. This payment model allows you to purchase the games at minimal cost, however, you are allowed to pay more to support the developer. Apart from that, we liked how there are many downloadable games for free. That said, the amateur clutter on the platform is too apparent, where aspiring developers are trying their best to make some quick bucks. Of course, with sincere search, you can find some great titles on Itch.io, and if you are lucky, you can probably get them for free.

The platform is designed around indie games, and when you visit it, the commitment around the independent game is reasonably visible and evident. Many games on the platform start with a free tag and primarily depend on the donations and the feedback before becoming a commercial success. There is a good chance that one of your favorite titles on Steam must have started its journey here. When we tried its app, it ran smoothly and ensured that our games were updated. In addition to a good app, Itch.io has an active community that proactively helps with the issues and endless game jams from the aspiring developers. However, with enough gamers on this platform, it can do wonders. We give it our third spot. 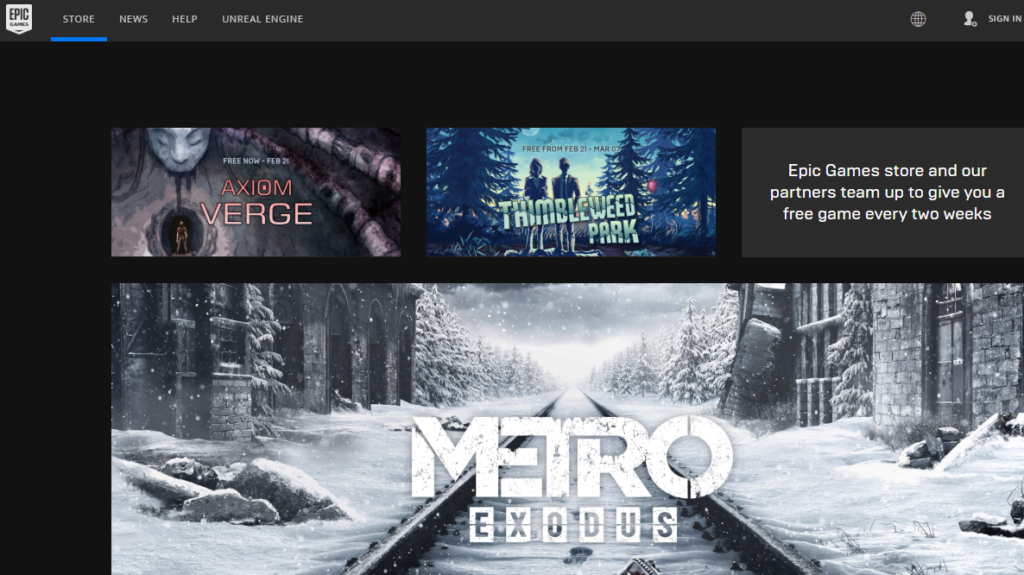 Epic Games Store is relatively new compared to the other platforms on the list. But the platform is developed by the same house that delivered us titles like Fortnite and Unreal Engine, and the classic Unreal. All in all, it is a great platform with exclusive deals on both indie and chartbuster games like Metro Exodus. The platform is well equipped to handle gamers with almost any background. The biggest selling point here is its 88 percent cut to developers, which is way higher than what its competitions are offering. This deal is complemented with other Epic’s PC games like Ashen, Hades and Hello Neighbor. It also managed to bring Sony-published PlayStation Journey to its platform. Apparently, it never ceases to surprise you. We think it’s only a matter of time until it publishes many more popular titles. Enough talking about its good side.

While checking its platform we noticed that its interface is too dull and lacks even the basic amenities of a Gaming Storefront, like a search bar and cloud backup. We felt like we were using a torrent site. Furthermore, it allows social media of publishers to closely integrate with their store pages. This is something Steam struggles with. We all know how Steam fails at keeping a check on misbehaving users and bypassing them. Epic games Store also promises you a full-fledged game every two weeks, so even if you don’t buy anything on it, you can enjoy its freebies. It’s worth your time. 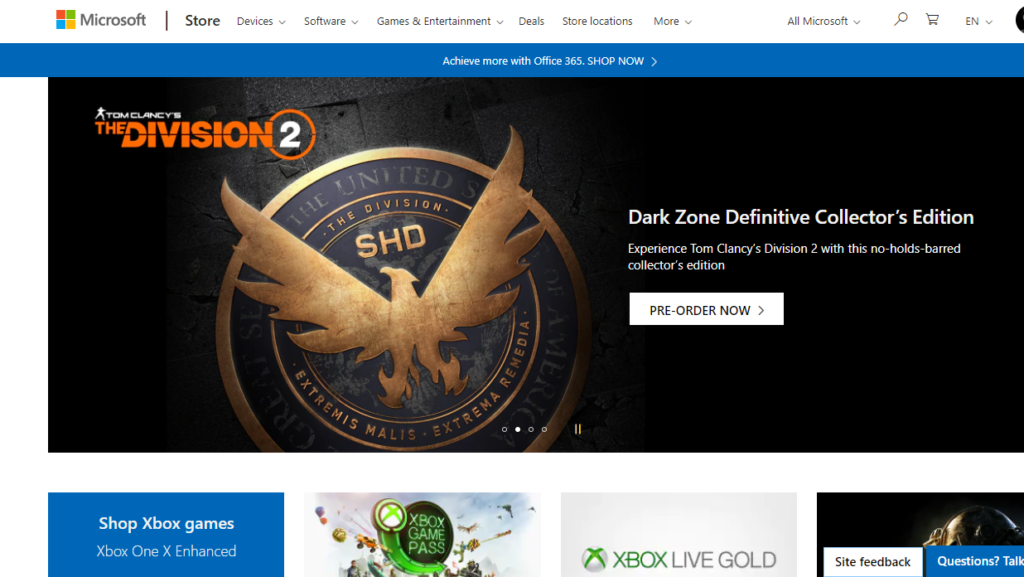 Microsoft Store always had ambitions to become the top Digital Storefront on Windows, but the market is ruthless. When Microsoft was busy designing world-class consoles, namely Xbox and Xbox 360, Steam took over the market with its featured packed model that provided both great deals and convenience to the gamers. This was coupled by Microsoft's appalling start when it didn’t have anything substantial to offer. But things have changed, and over time the Giant has realized its mistakes and mostly fixed them all. Today, Microsoft offers a 360-gaming experience on all its devices, irrespective of where you buy it. You can play the same game on your PC, your Xbox and if it supports, on your mobile phone. This means that if you buy a PC version of a game, you automatically get its Xbox version for no cost. That’s convenient, isn’t it?

With its 360 experience, Microsoft coupled its Xbox Game Pass with which you can download and play a wide range of first-party Microsoft games. Adding to that, Microsoft also promised to expand its Games Pass to its PC users in the coming time. The Gaming Pass is reasonably priced at $10 per month or $70 per year. If you are on Xbox, the deal is unmatchable. If you are not sure about its Game Pass, you can use it with its 14-days free trial, which you can later extend for one more month for just a dollar. It’s an amazing deal. Highly recommended. 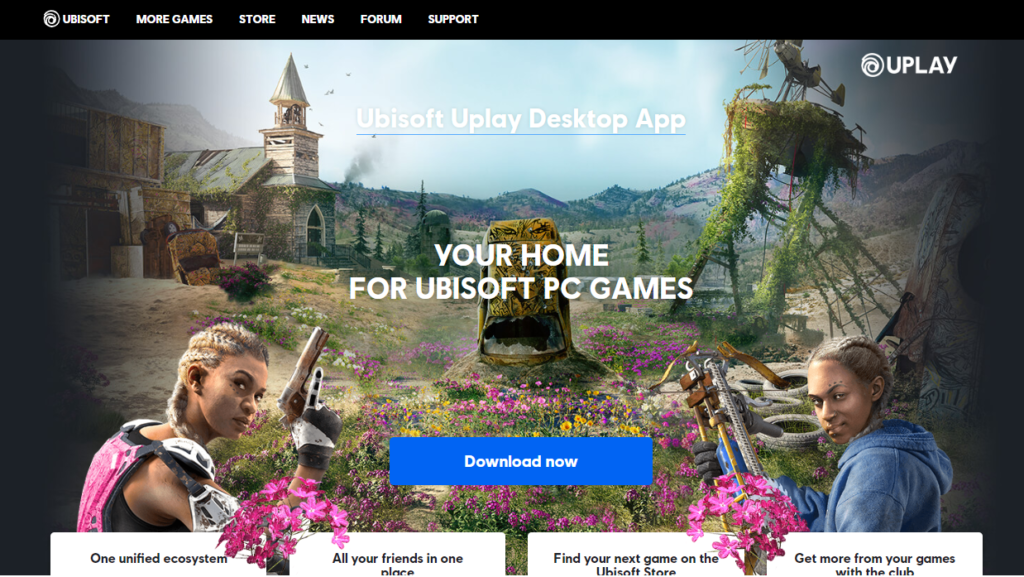 Uplay is an official gaming storefront of Ubisoft, which isn’t the most comfortable option on the list. It forces users to run their Ubisoft titles through Uplay even if you buy them on Steam. So, if you are planning for a Ubisoft’s title, you should probably get their Uplay’s version, rather than buying them on Steam and booting them through this desktop gaming client. Convenience is the key here. By design, we feel that Uplay is structured to compete with dashboards offered by Xbox systems and PlayStation. While the other two platforms can function by connecting to their consoles, Uplay aims at providing a standardized experience across all your devices. This means that no matter where you are playing your game; your PC, your Xbox or your mobile—all your games will be linked through the same interface.

Uplay provides a decent service, especially after its recent overhaul. However, it’s a bit too redundant to keep a gaming client which mostly has titles from one publisher, which also rather looks like Steam. That doesn’t imply that the platform is empty and has nothing on offer. Uplay offers trophies and achievements every time you overcome a challenge. These achievements can later be traded in for a wide range of digital amenities, like premium cosmetic enhancements and gameplay alterations in the game. These achievements are shared across your gaming catalog.

In this article, we have explored our top 6 digital Gaming Storefronts. While Steam is a benchmark, we have encountered that most of the Steam alternatives are as competitive as Steam itself. Also, Steam is the only distribution platform of Linux serving a wide range of open source lovers. With greater competition, we are hopeful that the market will influx with better deals and pricing plans.