Ranked: The Absolute Best Smartphones of 2018 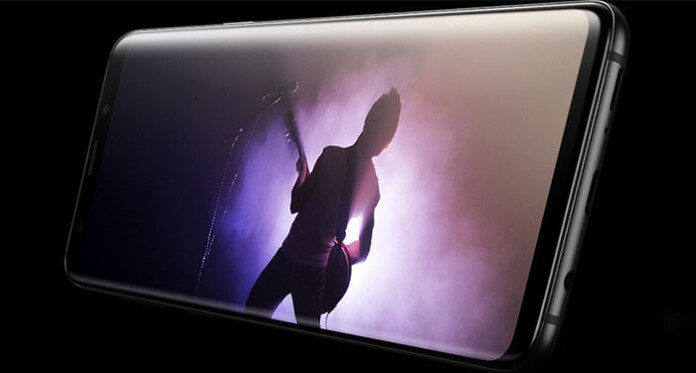 When every leading smartphone manufacturer tries to beat the other in making the best smartphone for the year, we have a lot to review and cherish. But in reality, there’s nothing like the best phone. What’s totally the best for you might not be the best for your best friend!

So we bring to you the full lot – a line of phones from across top manufacturers. These are the ones that have been developed to come on top of the other. Each includes top-of-the-line features that can only be brought to production after rigorous development and lab testing.

With the launch of OnePlus 6, there’s a full range of beauties waiting for you. While we have tested in excess of 20 devices, we bring to you the best of the best (pretty much like our title says). We will, however, reserve our best pick until the end of the article. Here goes. 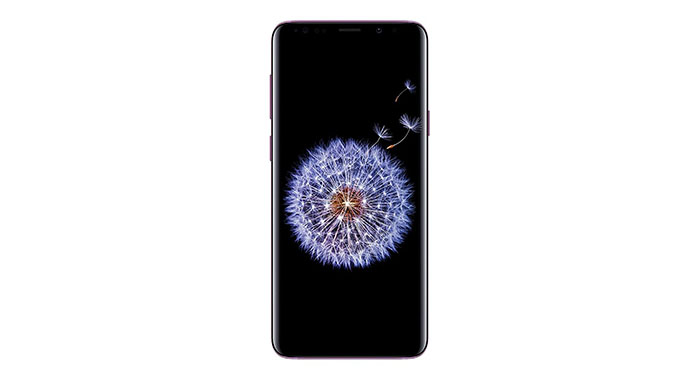 At 6.2 inches, the Samsung Galaxy S9 Plus has so larger display where you will encounter handling issues with it if you have small hands. Apart from that, the phone is an absolute beast that brings you the best of the smartphone market. For one, Samsung’s proprietary Super AMOLED screen is perhaps the brightest one around.

A large (and heavy) 3,500mAh battery makes the Samsung S9 Plus last longer than the smaller Samsung S9. And yet, it is not enough for the behemoth of the behemoth of the device that the S9 Plus is. But batteries are the weakest parts of most phones now, aren’t they? Speaking of the camera, the S9 Plus has one of the best cameras in the market today.

Colors on pictures can be a bit “washy” if you compare with other phone cameras. But that’s just when the exposure is too high. Notwithstanding that, the built-in memory of the phone makes it way smoother than most of the rivals (including every other Samsung phone ever). 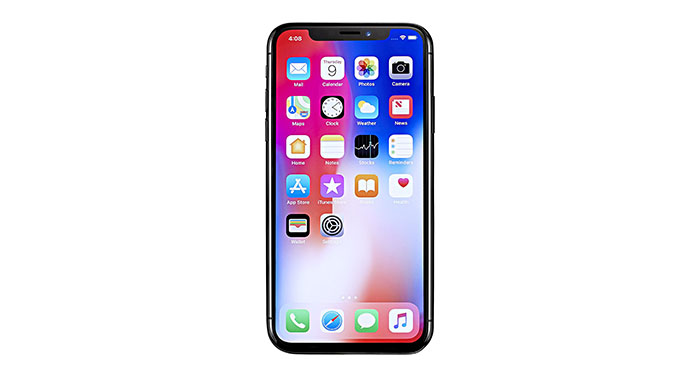 What can you say about the best iPhone ever that’s not already been said? Here’s an attempt – the ‘X’ in the iPhone X is actually pronounced as ‘ten’. Now, the iPhone X is a serious breakaway from previous iPhones in terms of the design of the phone. The phone is bigger (with a top ‘notch’) and is pricier than every iPhone before it.

The 5.8-inch OLED display is just as beautiful as the S9 Plus. In fact, the display is way better than S8 Plus – it’s sharper, crisper, and has a truer representation of colors. That brings us to the weakest link in the phone. The battery on the iPhone X is by no means a game-changer. Most heavy users might find it difficult to use the phone for 12 hours at a stretch.

Using the iPhone X camera is a delight of another kind. The still shots are richly detailed and the videos shot on the camera look professional in quality. Perhaps, the only camera better than the iPhone X on this date is the Pixel 2. 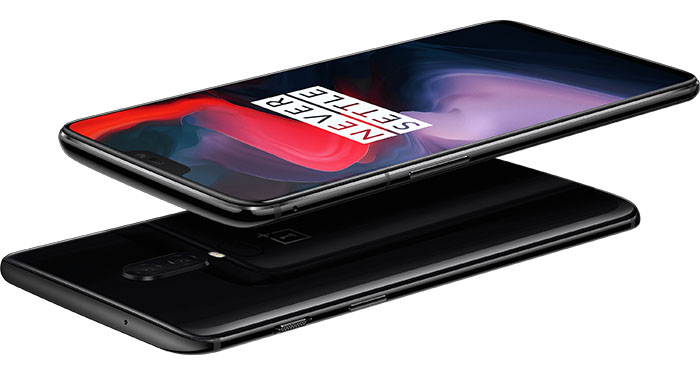 It’s barely been a week that OnePlus 6 has been launched and people (read fans) have lined up to buy the device. But even without the hype and savvy marketing, the phone stands tall on its promises, albeit with some compromises from previous OnePlus models. But the OnePlus 6 easily outperforms all other phones at the price point and challenges other flagships like never before.

For starters, the OnePlus 6 is the best OnePlus phone to ever hit the market. It has a bigger screen than before, a modern looking design, and a blazingly fast Qualcomm processor. In addition, you get upgrade cellular capabilities and a better camera, too.

But there’s one significant downside to the OnePlus 6 – its camera. When it comes to sheer photo capturing capacity, it loses to Apple, Samsung, and even Huawei. It’s also not waterproof and for the moment, does not work on Sprint and Verizon. But if you look for the sheer value for money, it gives you everything you want for about three-fifths the price of premium phones. 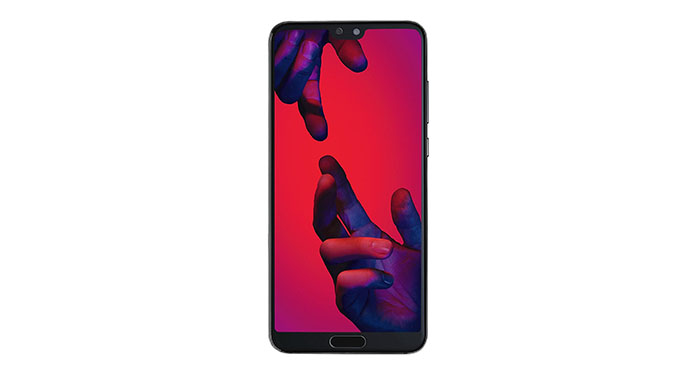 Here’s a manufacturer that was making phones even before people heard the name of OnePlus 6. The P20 Pro from Huawei is on our list for a reason, or might we say for a number of reasons. The company has nailed it on so many fronts that the Huawei is no a genuinely top choice along with Samsung, Apple, and OnePlus flagships.

The large display is just full HD. But that helps a lot with the battery life. If you are someone looking for terrific battery life, you could gain more than you lose with the slightly sub-par display. Plus, there is a pre-fitted screen protector – an absolutely heart-winning gesture.

The Huawei P20 Pro will give you around a day and half of moderate use. It will last you a full day if you use it really tough. And by tough, we mean a heck lot of apps and games on the phone. But all the features fall flat before the camera of the phone. Unlike the OnePlus 6, all the three lenses of the phone are actually useful. The image reproduction is brilliant; the color reproduction stunning. 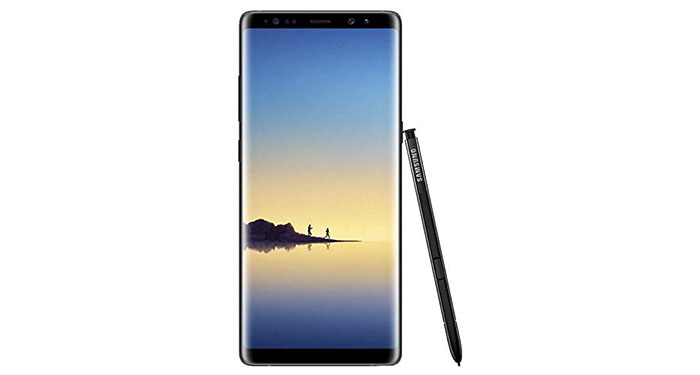 So we have officially reached a point in smartphone history where the contemporary Samsung Note handset is just as large as other flagship phones. And the Galaxy Note 8 still holds good. So much so, it’s for the first time that it has emerged as serious competition for the brand’s very own Galaxy S series.

Large screens and greater operating power is on the checklist of every smartphone buyer now. Add to add, the S Pen from Samsung and the Galaxy Note 8 is the real thing that differentiates it from all other smartphones in the market. Samsung’s infinity display has been rounded on the Note 8 to the point that you feel like it’s a future gadget.

The camera on the Note 8 is quintessentially Samsung with both digital and optical zoom in the rear. The live focus lets you do all the funky stuff including blurring the background after clicking pictures. But the slender design and large screen mean that the battery of the Samsung Note 8 is not the best in class. 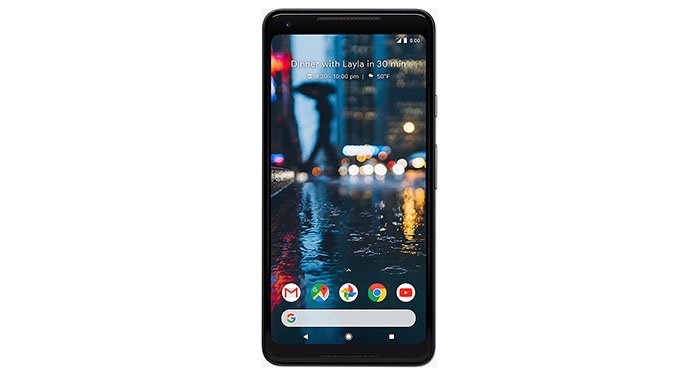 Here is a phone that makes it to our list simply because of the camera of the phone. The phone packs a lot of other features in it besides the brilliant camera. But if you need one reason to buy this phone, make it the camera. More than 8 months of its launch, it still has the best camera in the smartphone business.

The Pixel 2 XL comes with a vivid 6-inch display that does a mighty fine job playing videos and games. The design is an improved version of the Pixel 2 which was a tad smaller. The bezels are slimmer and the phone still houses dual front speakers. But they are nowhere close to the Note 8 or iPhone X though.

You also get decent battery life on this phone. It will last you for the full day doing the normal things you do. Plus, the extreme power saving mode helps the phone last quite a while in standby mode. And did we mention? You get the most premium Android experience with this all-out classic! 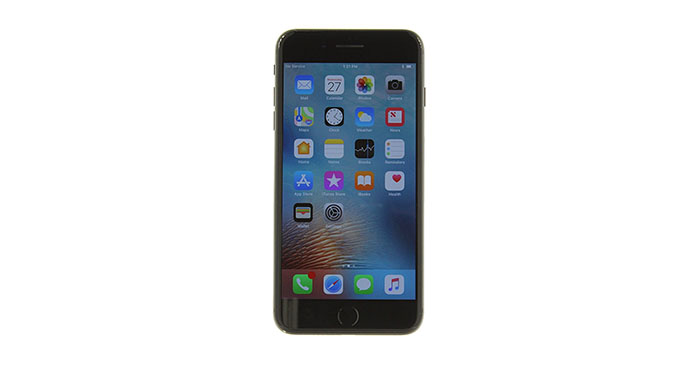 If you love everything about the iPhone X except its design, here is the iPhone 8 Plus for you. Apple traditionalists will appreciate the consistent interface of the phone. The phone has a strong camera and is just as powerful as the X. The 5.5-inch screen looks perfect and comes with pretty amazing color reproduction as well.

The battery on the iPhone 8 Plus performs better than the iPhone X but is still like a typical high-end handset battery. While it will last you the full day with the occasional audio and video calls, it will run dry the moment you add some videos and games into the mix.

The iPhone Plus has a terrific camera, too. It comes with two separate lenses (12MP each) to make low light images come to life. Yes, you can do the blurred background thingy on the iPhone 8 Plus. While the phone looks great when held in hand, it does lose some oomph around of the futuristic-looking designs we are seeing now.

If you ask us, the Samsung Galaxy S9 Plus looks like it’s got all the boxes ticked – and so has the iPhone X. And you cannot miss out on OnePlus 6 simply because of the price point at which it gives you that screen. We say it’s an open battle now. Like we said at the start, choose the one that you feel is the best for you.