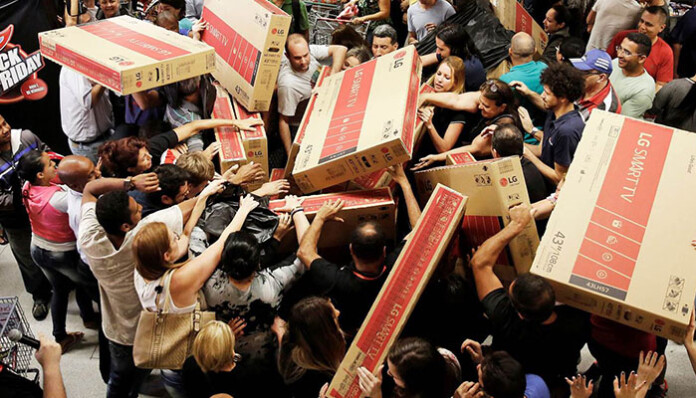 As you probably know, this is the perfect time of the year to buy electronics. You may be wondering why is that? Well, that’s because Black Friday is upon us. If you’re looking for the best Black Friday deals on Kodi, you’ve come to the right place. We will be sifting through a huge collection of deals and bring you only the best deals that can take your user experience of Kodi even further. Let’s take a look at the best Kodi Black Friday deals 2017!

There are a lot of great deals and sales this year. Whether you’re looking for a brand-new TV or a media streamer capable of running Kodi, you’ll find it here. To make it easier for you to find what you’re looking for, we’ll categorize this list by different types of products. So, without any further ado, let’s jump right in.

First, let’s take a look at some of the Smart TVs. As you probably know, many of these can capable of running Kodi in one way or another. Smart TVs that come with Android as their default operating system can take advantage of the Play Store and run Kodi natively. You can always have a few alternative ways to install Kodi on Smart TV models. 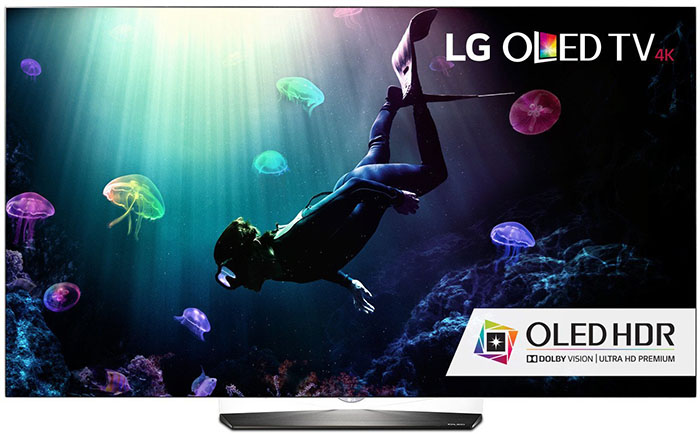 Just imagine firing up Kodi on a brilliant OLED screen. This can be done by using the Miracast technology, where you can mirror your computer’s screen. Or even better, you can connect one of the popular media streaming devices and run Kodi natively. 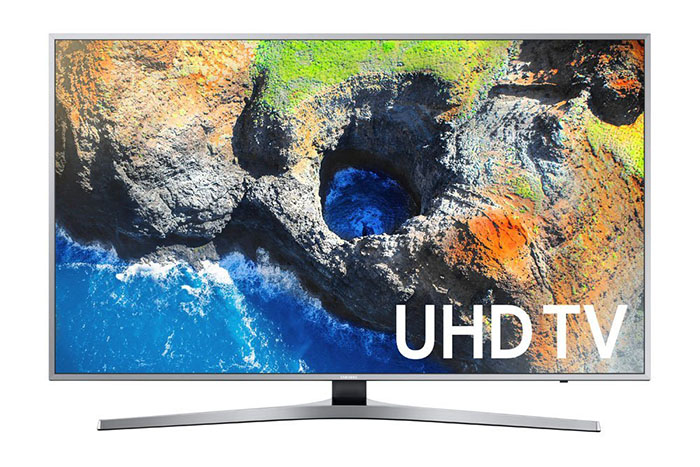 This year, Samsung is offering a massive discount on its 4K TV models. In fact, it has never been a better time to buy a 4K-capable TV. To run Kodi, we recommend buying a capable media streamer that can cost up to $100. This way, you can create a highly capable entertainment center for your entire family.

Samsung’s 4K 65-inch TV is currently priced at around $1,200. This means that you can save around $400. Since this product is in high demand, it can be out of stock at times. However, make sure to come back to the Amazon’s product page soon. 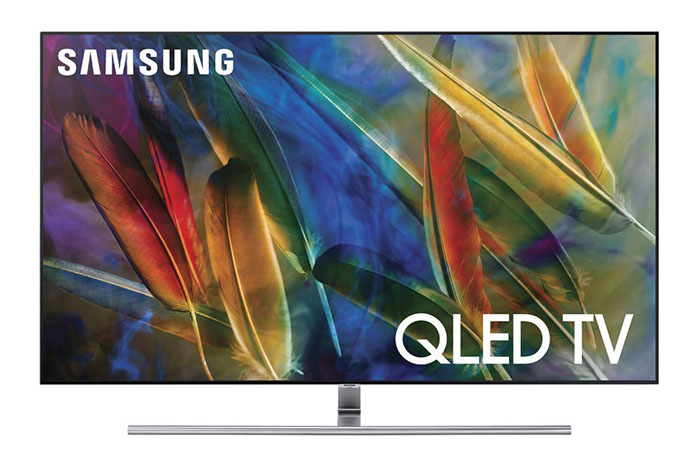 You’ve probably seen billboard ads for Samsung’s newest generation of TVs powered by QLED screens. It is said that these TVs bring the best kind of image with very deep blacks and very vibrant whites. All you need to do is to hook up your media streamer and bring your entire Kodi library to these amazingly designed TVs. Prices start at $1,597 for the 55-inch model and go up to $3,497 for the largest, 75-inch model. 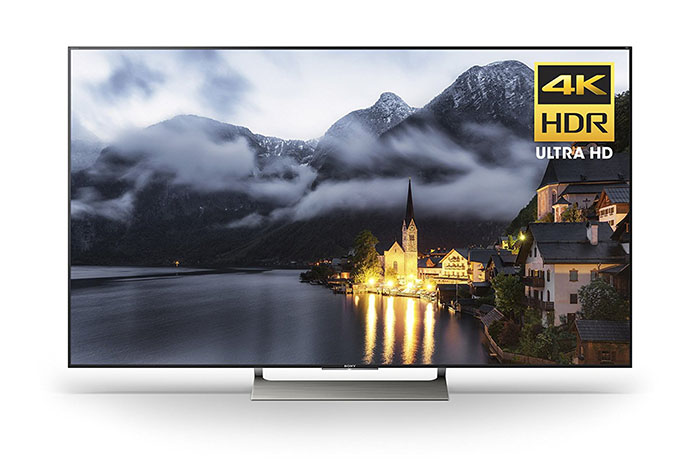 Now, here’s a real treat. This Sony 4K TV brings an incredibly sharp and crisp image that is perfect for watching high-resolution movies and TV shows. The best thing about it is the fact that this model is powered by Android TV. There are four models available: the 49-inch model is priced at $998; the 55-inch model can be yours for $1,198; the 65-inch model comes priced at $1,498. The biggest one has a screen of 75-inches and comes priced at $2,798 – where you can save $500 at the moment.

Wouldn’t it be great to pair your brand-new TV with a streaming device that natively runs Kodi? The good news is that numerous media streams can be found among the best Black Friday deals of 2017. Let’s begin with one of the world’s most popular media streamers. 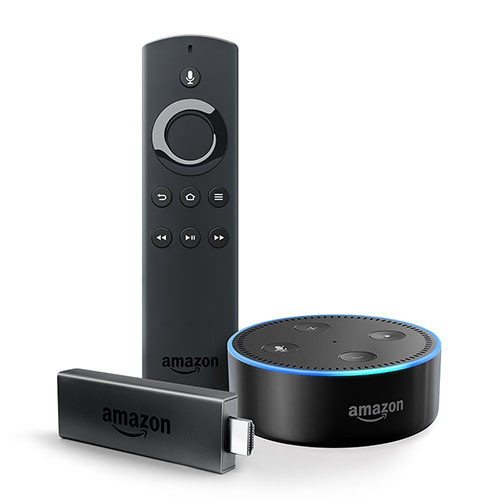 You’ve probably already heard about the famous Fire TV Stick (also known as Firestick). You will often hear Kodi users talking about how to install Kodi on Firestick devices. Thanks to Fire OS, which is a derivative of Android, that’s entirely possible. Furthermore, it’s also quite easy to do. Even though we suspect that Amazon will offer its Fire TV discounted, you can already find a similar package. You can buy the Fire TV Stick paired with Amazon’s Echo Dot for $70. This way, you will get to enjoy in your Kodi, while using Alexa via voice commands. 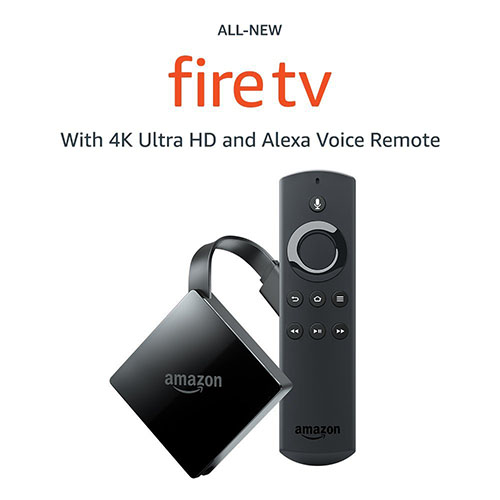 In case you have or if you plan on buying a 4K TV – there’s no reason to use an HD media streamer. As you probably know, the all-new Fire TV supports 4K out of the box. It is currently priced at $70, but Amazon has confirmed that you’ll be able to buy the Fire TV it for $60 starting November 23. 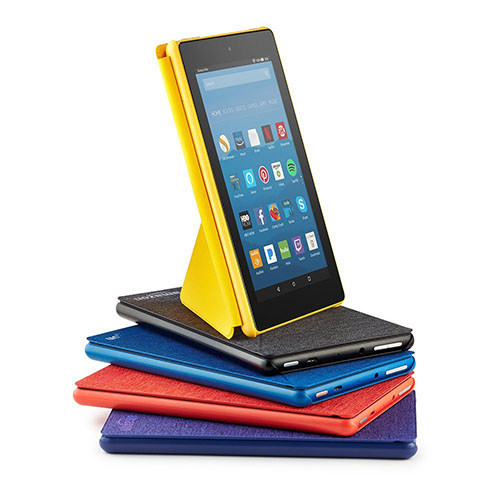 Yes, you’ve heard us right. Your tablet can be your ultimate media streaming device. Even though you can install Kodi on iOS devices (which includes iPads) – this method can be too complicated for some. This isn’t the case with Amazon’s Fire Tablets. Since they run Android, you can install Kodi natively. Starting November 23, you can purchase the all-new Fire 7 Tablet for $30 (and save $20).

Let’s also not forget about Kodi TV Boxes. These are media streaming players that run on Android. Thus, they provide a way to install and run Kodi natively. In addition, they also support other popular applications like Netflix, HBO Now, and Hulu. As you can see, Kodi TV boxes can provide a wide range of entertainment, which is why they’re a wise choice for cord-cutters. Here are some of the currently popular options. 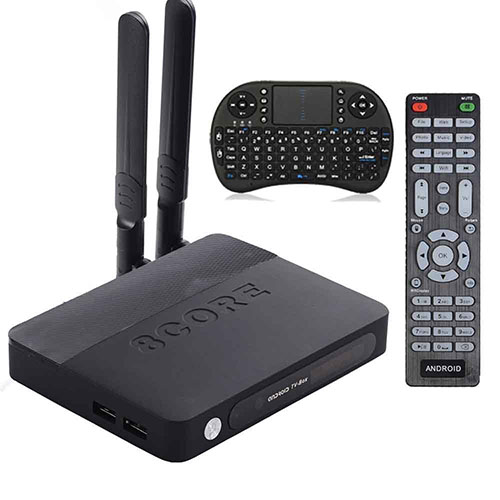 If you’ve been looking for a powerful yet simple Android TV box, this one might the perfect choice. First, you need to know that it supports Google Play Store – Kodi included. Next, you can hook it up with a 4K and HDR TV models. In addition, you can choose between a wireless or Ethernet connection. What more we can ask for? The Kukele Android TV Box is currently priced at $124.98. This is down from $200! 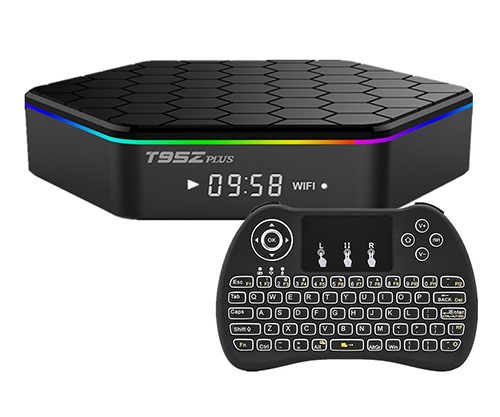 As noted by Android customers, this Android TV box comes with version 6.0 of Android. However, it can be upgraded to version 7.1. You can count on its Octa-core processor that is bound to bring a very stable performance. In addition, it can play 4K movies at 60 frames per second. You can buy the EVANPRO Android TV box for $75.98 (down from $200). In the package, you will also receive a backlit wireless keyboard as well. It’s easy to see why this is one of the best Black Friday deals of 2017!

Every long-term Kodi user will tell you that Roku and Kodi are a match made in heaven. On their own, Roku devices are incredibly capable and content-rich devices. If you’re finally looking to ditch your cable TV provider, now is the best time.

Starting on Wednesday night, November 22nd, Roku will slash the price for its basic Roku Streaming Stick. Aside from Amazon’s Firestick, this is one of the best media streaming players. You will be able to purchase the Roku Streaming Stick for $39.69 – where it’s regular price is $49.69.

If you’re willing to spend more money, you can save more money. This is especially true for this year’s best Black Friday deals that Roku offers.

The company’s ultra-capable Roku Premiere+ media streamer can play 4K videos at 60fps. In addition, it is compatible with HDR TVs and brings the latest generation of wireless connectivity. The Roku Premiere+ can be yours for $74, where you’ll save around $15. This sale starts on November 22. 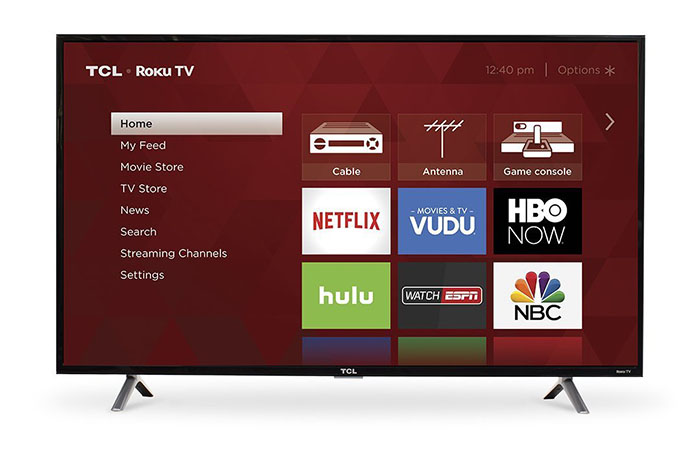 Finally, we’ve come to the best what Roku can offer. If you’re in the market for a new TV, you can buy a smart TV that is powered by this capable media platform. This kind of two-in-one package is one of the best of this year’s Black Friday deals on Kodi.

There you have it – the best Kodi Black Friday deals 2017! We gave our best to dig out the most intriguing deals at the moment. However, we also know that we’ll see more of them as this year’s Black Friday is getting closer. This is why we suggest you return to this page and check out the newest deals.