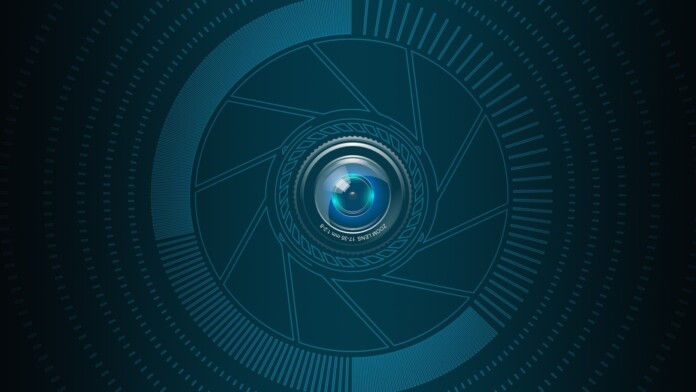 Privacy is a scarce commodity in the modern world. For the most part, we’re all worried about being spied on through the technology we use every day, like your computer, smartphone, or IP camera. However, it’s important to remember that surveillance existed long before any of these smart devices.

Digital technology has only made those old-school bugs more effective. If someone really wants to spy on you, they don’t have to hack your phone. They can plant a bug somewhere and record you without your knowledge, which is where these cool bug detectors come into the picture.

These are (relatively) affordable bug detecting gizmos that we thought everyone should know about.

What to Look for in a Bug Detector

There are quite a lot of choices when it comes to picking a bug detector. Some units can detect both cameras and bugs that emit RF radiation. Others include an audio jammer as part of the repertoire.

It’s also important to have a detector that covers a wide enough frequency range. For example, GPS tracking devices use frequencies starting in the low 800 Mhz range. Bluetooth and WiFi hover about halfway between two and three GHz. If your detector doesn’t cover the spectrum, certain bugs will be invisible to it.

Which brings up another issue – radio pollution. In this modern age of smart devices and wireless technology, the atmosphere is permanently saturated with all manner of radio waves. This means your detector will show signals present all the time. Picking out the right Bluetooth, WiFi, or RF device from all the legitimate ones can be hard. So, a detector that isolated frequencies and shows you how close you are to output on that specific frequency is essential.

Other than that, you’re pretty much going to have to choose between sizes and designs that best fit how you’ll be using the device. After all, a bug detector that’s too big and bulky to carry with you isn’t much use at all!

These are the coolest bug detectors we could find

Despite looking a bit like an 80s handheld version of HAL from 2001:A Space Odyssey, the Lawmate is a pretty capable gizmo. The key selling point of the RD-10 Lawmate is that it combines both cameras detection and radio bug sweeping in one device.

It can show you the lenses of any type of camera bug if you look through the viewfinder. So it doesn’t matter whether it’s a transmitting camera or not. However, the radio bug detection function will catch any transmitting cameras, as well as audio bugs that transmit between 20Mhz and 6Ghz. This also covers the range of digital devices using Bluetooth or WiFi.

Its vibration mode also lets you sweep for bugs without letting on that you’re doing it. I can think of many situations where you might want to sweep for bugs discreetly, and the Lawmate is one product that lets you do that.

We are not sure what “law grade” means or which specific standard the makers might be following.

I’ll be the first to admit that the DD1206 is not the most attractive bug detector here. In fact, at first glance, it actually looks like some sort of shock prod! However, what it lacks in slick design, it makes up for in cool features.

It has a dual-antenna design that allows it to better detect both analog and digital signal sources. The first antenna is sensitive to the 40Mhz to 4Ghz range, but the second antenna is specifically designed for the microwave frequency used by digital devices. That second antenna lets you detect WiFi and Bluetooth devices between 2 meters and 50cm away.

This is an important feature because some bug detectors might not pick up these devices because of how little transmission power they have.

The PRO-10G is advertised specifically for the detection of GPS trackers and mobile phone signals used by these trackers to relay the position of the bug. However, it can actually do quite a bit more than that.

This bug detector can find RF bugs of all kinds and, perhaps most importantly, comes with a built-in white noise generator. So if you somehow fail to find all the audio bugs in range, it will mess with their microphones anyway.

If the PRO-10G had a camera lens finder for non-transmitting cameras, it would have it all. You’ll have to settle for having ‘almost everything’ instead.

For a lot of people, their main worry when visiting a hotel room isn’t whether anyone will record their conversations. Instead, the fear is that someone is watching them, recording what they do – yes, even when spending time in the bathroom!

There’s something to be said for a gadget that does one job and ONLY one job. This makes it quick and simple to use, which is why the Spyfinder Pro should absolutely be on this list.

All you have to do is whip out the Spyfinder, and it will show any camera lenses pointed your way, whether it’s a wired or wireless model. The Pro also has the unique ability to boost the detection range by increasing the LED intensity.

The sophisticated multi-function devices we’ve already looked at are pretty amazing, but what we like about this DD3150 from DefCon is how it boils down to just two main functions, covering cameras and RF bugs in one simple package.

Extend the telescopic antenna or put your eye to the viewfinder and you’re sweeping for bugs in no time. The addition of an LCD status screen is also a nice addition that makes this a more user-friendly option.

Why Get A Bug Detector? 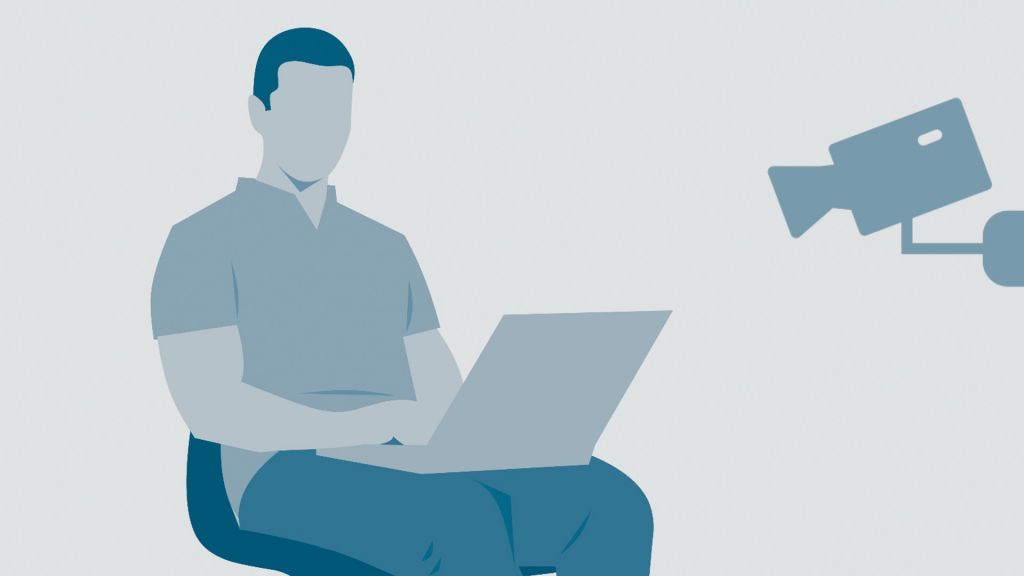 You might be asking yourself why the average person would even want to own a bug detector. If you aren’t a criminal, a political refugee, or some other person of interest, why sweep your home or other spaces? You don’t have to be a person of interest to fall victim to surveillance by bugs.

Hotels, AirBnBs, and other accommodation forms might have (illegal) surveillance equipment installed to keep an eye on customers. The same goes for public bathrooms, your office, and any other space you have to use but don’t have control over. These sorts of bugs can be bought by just about anyone. Private investigators, ex-spouses, or anyone who has feelings of ill will towards you might use such bugs to pry into your life, possibly with the intent of using those recordings against you.

So, we really do think people in these situations or those who often travel or suspect their employer of spying on them could spend a little money on a bug detector to make sure they aren’t being watched.

How Do Bug Detectors Work?

Various types of surveillance devices can be planted in your environment to spy on you. Some bug detectors can detect multiple types of bugs, and others are specialized to detect one class of these devices only.

For example, camera detectors shine a special light that illuminates camera lenses, no matter who small. The filter in the detector viewfinder will then clearly show every camera lens in the room that has sight of you.

For listening devices or any bug that generates radio-frequency signals, bug detectors will indicate their presence. You may also be able to find the bug by using an indicator of signal strength and direction. 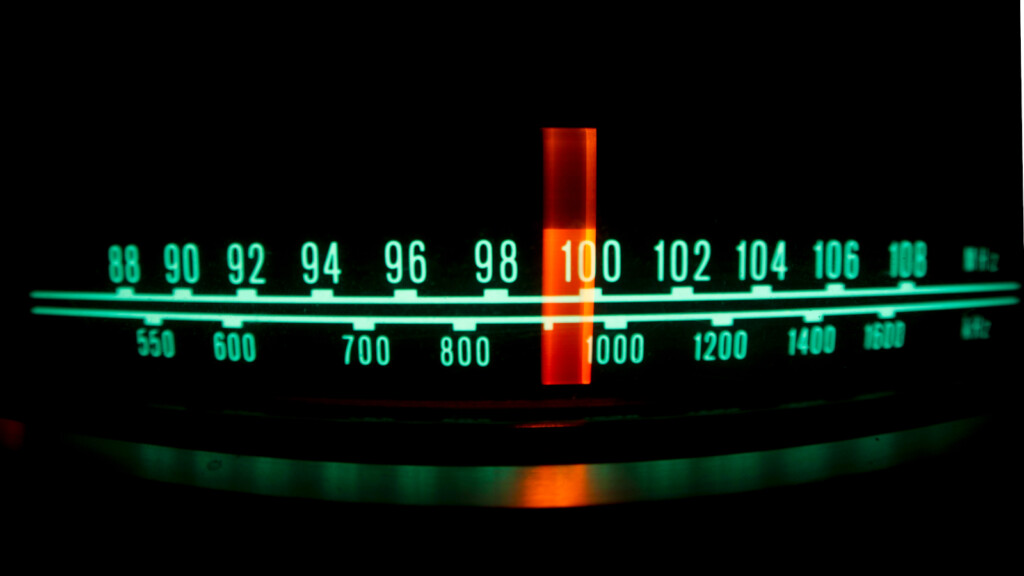 Some bugs are not the kind that creates RF signals. In other words, it records the sound in the room but doesn’t transmit it anywhere. Instead, the bug is retrieved at a later point in time, after which the recording is extracted.

Given that the devices are properly shielded, there’s no real way to detect them. However, instead, you can take precautions and use countermeasures to make them useless. There are special audio jammers that create randomized masking noises.

The human ear has no problem hearing a conversation, even with this masking noise present. Still, the microphone system on a passive recording bug (or any other recorder) won’t work properly in the presence of this jamming noise.

As you might imagine, these jammers should also be effective against something like Amazon Alexa and other devices that might eavesdrop on you. However, you also won’t be able to make your own recordings or make calls. So there is that to consider!

The Price of Peace of Mind

While these bug finders can be pretty expensive, what price do you put on knowing that your home, office, or holiday spot isn’t being spied on?

The answer to that question is going to be different for every person, but if you want to soothe that persistent paranoia just a little, these five cool bug finders are a good place to start.