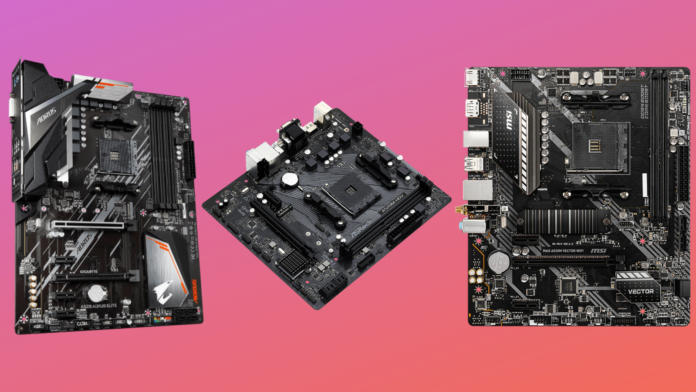 When AMD initially launched the Ryzen 3rd generation chips last year, the entry-level budget motherboards were unfortunately out of luck, as the previous A320 boards did not offer support for the new platform. All that now changes with the new AMD A520 chipset that brings much better performance at accessible prices.

Related: The Best A320 Motherboards to Buy in 2020 For Budget AMD Setups

Since A520 is a relatively newer chipset, there aren’t too many options available for this platform. However, the ones that are available from major OEMs are robust offerings that help get your work done easily, and they can also sustain gaming – provided you understand their limitations.

What Should You Look for While Considering an AMD A520 Motherboard?

The AMD A520 chipset is definitely an upgrade over the previous A320 version and is a great option for budget builds. However, there are certain limitations that need to be kept in mind.

USB port support includes a maximum of up to six USB 3.2 Gen2, two USB 3.1, and six USB 2.0 ports. Do note that is the maximum specification, and board manufacturers often reduce these numbers to allow other connectivity options such as SATA.

With that information, here are the 4 best AMD A520 motherboards to buy in 2020.

Features: Features: There aren’t too many AMD A520 motherboards in an ATX form factor. The Gigabyte A520 Aorus Elite seeks to offer a decent feature set to complement your AMD 3rd generation Ryzen CPU without denting a big hole in the wallet. The A520 Aorus Elite uses a 5+3-phase VRM solution that offers a decent power supply to the processor. Since this is a low-end solution, overclocking cannot be expected. The board offers up to 128 GB of DDR4-4440 RAM, which should offer some future-proofing. The usual assortment of Gigabyte features, including RGB Fusion and Q-Flash Plus, are available.

Connectivity: Since this is an A520 chipset-based motherboard, the connectivity options are somewhat limited. That being said, the ATX form factor allows for having more expansion slots than what is typically seen in other A520 boards. There is one PCIe Gen3 x16 slot that is reinforced to be able to carry heavy graphics cards and another PCIe Gen3 x16 slot that connects directly to the chipset. The board also offers three PCIe Gen3 x1 slots for connecting add-on cards such as network cards, soundcards, etc.

Storage can be utilized via a single M.2 PCIe Gen3 NVMe slot and four SATA 6 Gb/s ports. The A 520 Aorus Elite offers a decent set of USB ports for the price, including five USB 3.2 Gen1 and a Gen2 port, but there is no USB Type-C connectivity and no onboard Wi-Fi or Bluetooth. Networking needs are taken care of by a Realtek Gigabit LAN controller.

Performance: Performance of the Gigabyte A520 Aorus Elite will suit most basic applications easily without much fuss. Budget gamers can also make the most of this board if there are no plans for overclocking or running multiple GPUs. The included M.2 storage is PCIe Gen3, but it is enough for the majority of the NVMe SSDs available on the market.

Overall, if you are looking at one of the best A520 motherboards for gaming, the Gigabyte A520 Aorus Elite should fit the bill perfectly for those on a budget.

Features: For those looking at a capable mini-ITX solution for multimedia, HTPCs, or basic office work, the Gigabyte A520I AC makes for a great complement to your Ryzen 3 3100 or Ryzen 3 3300X budget processors. Design-wise, the A520I AC sports a minimalist look and will fit into any build. Those into customization can make use of the internal RGB headers to add some pizzazz. Since this is a mini ITX board, there are only two available RAM slots that can support up to 64 GB of DDR4 RAM.

The Realtek Gigabit Ethernet controller handles networking. A good feature is that the board also offers built-in Wi-Fi network connectivity. However, it is based on the older Intel AC 3168 controller and not the new wireless AX ones. That being said, it is perfectly fine for most wireless AC routers.

Performance: The Gigabyte A520I offers good performance for the price. It is slightly more expensive than the Aorus A520 Elite listed above, but one also has to consider the cost of a small form factor. Though CPU overclocking abilities are limited, memory overclocking is supported well, and those using faster RAM stand to benefit a lot.

If you are looking for the best mini ITX A520 motherboard for entry-level Ryzen processors, the Gigabyte A520I AC is definitely worth considering.

Features: The MSI MAG A520M Vector is a good all-around A520 motherboard for those looking at a capable solution for their entry-level Ryzen processors. The MAG A520M sports premium looks and a good construction though you will miss out on some of the niceties such as reinforced PCIe slots or a pre-installed I/O shield. The MAG A520M Vector offers a decent power stage to ensure quality current is fed to the processor. The A520M offers only two RAM slots limiting the maximum memory expansion to 64 GB — it is still plenty enough for the use case, though.

Connectivity: While the board has fewer RAM slots, it still offers plenty of PCIe connectivity. Although you won’t be getting Gen4 speeds due to the A520 chipset’s limitations, you can still make good use of PCI Gen3 speeds with the single PCIe Gen3 x16 for adding a discrete GPU and two PCIe Gen3 x1 slots for peripherals.

The MSI MAG A520M Vector offers both wired and wireless connectivity built-in. However, you only the older AC 3168 Wi-Fi card, which is not a bad option per se unless you are into wireless AX connectivity.

Performance: The MSI MAG A520M Vector performs admirably in most tasks being it gaming or productivity. It is a perfect match for those entry-level Ryzen 3 CPUs and can also be a good base for Ryzen 5 processors as long as you are not much into overclocking. MSI also offers the Dragon Center utility for customizing several aspects of the board, such as voltages and fan profiles, without having to enter into the BIOS.

All these features, combined with good pricing, make the MSI MAG A520M Vector one of the best AMD A520 micro ATX motherboards available today.

Features: If there has ever been a motherboard for just about everyone without compromising on core features, the ASRock A520M-HDV would fit the bill perfectly. The ASRock A520M-HDV offers a sparse feature set with a highly minimalist yet catchy design. ASRock is focusing more on the basics than any advanced functionality here to keep the price as low as possible. Despite being a micro ATX board, the A520M-HDV offers just two RAM slots. The VRM is a more budget-oriented 6-phase design without any fancy heatsinks or active cooling. As expected from a board in this price range, there is no pre-installed I/O shield in the back.

Connectivity: The ASRock A520M-HDV offers essential connectivity features. These include a PCIe Gen3 x16 and a PCIe Gen3 x1 slot for GPUs and peripherals, an M.2 slot for NVMe SSDs, and four SATA connectors for HDD or SSD storage. The board also offers several internal headers for various hardware monitoring tools, USB ports, and fan connections. Additionally, you also get three display-outs, including DVI-D, HDMI, and D-Sub, so you can directly start using the PC without having to invest in a discrete GPU as long as you have a Ryzen APU installed.

Understandably, there is no wireless internet or Bluetooth onboard, so the only available networking option is the Realtek Gigabit LAN. That being said, it is quite easy to install a Wi-Fi add-on card thanks to the available PCIe x1 slot.

Performance: The ASRock A520M-HDV makes a great option for those looking at a board that offers decent performance for HTPC or regular office work. Gaming is also possible as long as you keep expectations tempered. If do happen to use it for gaming, we’d recommend a combination of the Ryzen 3 or entry-level Ryzen 5 chips along with an NVIDIA GTX 1650-class graphics card for the perfect budget build. Overclocking is out of the equation as the VRMs aren’t really built for it.

There aren’t too many motherboards that can claim the best value crown, but if you are looking for the cheapest best A520 motherboard, there isn’t much competition to the ASRock A520M-HDV.

That was our take on the best AMD A520 motherboards to buy in 2020. While most home and budget PC users will be satisfied with the A520 chipset’s performance, you may want to look at other platforms if future expandability, more overclocking headroom, and better gaming performance is what you are after.