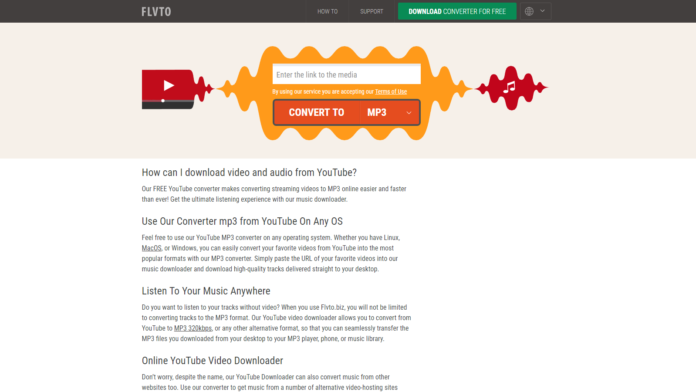 The Russian operator of the YouTube ripping websites FLVTO.biz and 2conv.com have won a legal battle against music record labels that have been hunting him for quite some time now. A Virginia-based court dismissed the case made against him by the plaintiffs, justifying the decision by clarifying that they have no jurisdiction to bring the defendant to court as there is no commercial contract involved in his activities. The court ruling even prevents the label groups to take the case elsewhere in the US, by including that a transfer to the Central District of California would also be without jurisdiction.

As we had reported about this case back in October 2018, Tofig Kurbanov received the lawsuit that was submitted by Universal, Warner Bros and Sony with bravery and mood for a counterattack. Where other ripping sites have thrown the towel and chose to hide in the darkness, Kurbanov stood against the accusations and took the first logical legal steps, disputing the jurisdiction that any US court would have against his ripping websites. The music labels hoped that the Virginia court would be the appropriate choice to bring the defendant on trial because the ripping websites are hosted by the US-based GoDaddy.com and nearly half a million of their visitors came from Virginia.

The court, however, decided that the defendant did not purposefully avail himself of the benefits and protections of the US, as all interactions in the website are non-commercial and there are no acts that pertain to purposeful targeting. As a result, the district judge has concluded that any exercise of jurisdiction over the defendant would be unconstitutional as a violation of due process under the relevant regulation, and so dismissal is granted. Both ripping websites were classified as “semi-interactive”, meaning that no high-volume transactions took place between the defendant and US residents, although some data exchange does take place between the user and the host. 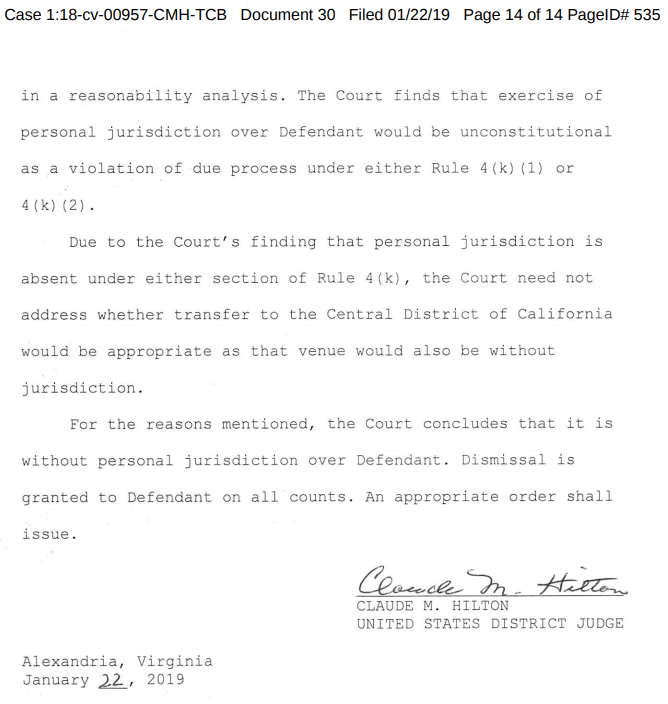 This signifies a win for foreign ripping websites in general, as the most popular of the two, FLVTO, is the 322nd most visited website in the world. One of the attorneys who represented Kurbanov in Virginia has made the following statement to TorrentFreak: “This decision goes a long way towards curbing the copyright owners’ misuse of the US legal system to bully foreign website operators. All too often plaintiffs file actions in US courts against foreign defendants that have no connections with the US – and all too often foreign defendants are subjected to default judgments for failure to appear in a US court.”

Do you think that this court ruling will result in real change on the way things work in labels going against ripping websites? Let us know of your opinion in the comments below, and also hop to our socials on Facebook and Twitter to find what else is on in the tech world today.