Which Apple Watch Should You Buy Among Series 6, Series 3, and the SE? 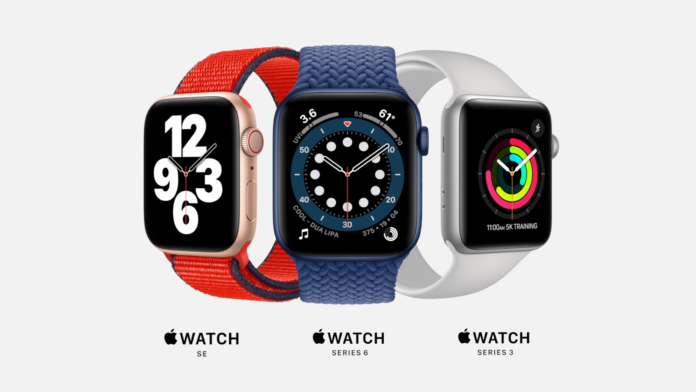 Starting with the Series 6, this Watch sports the Apple’s latest and greatest S6 chip can measure oxygen levels in your blood, comes with a new “solo loop” band, an improved and brighter always-on display, an always-on altimeter, and various build-related improvements. The price for this product was set at $399.

The SE is a step-down, using the S5 chip of the previous generation, which is roughly 20% behind in energy consumption and performance compared to the “standard” Series 6 offering. Apart from that, it has almost everything that its “bigger” brother has, including the same sensors (apart from the VO2), the display, bands, sports tracking, and emergency features, etc. The price of Watch SE is $279.

Finally, the Watch Series 3 stands in the line of offerings as a blast from the past, but it’s still a perfectly capable device. Originally released back in September 2017, it is powered by the S3 chip, has in-built GPS, OLED retina screen, a heart sensor, emergency SOS, Apple Pay support, and water resistance of up to 50m. That said, you can do sports with it just fine, and it will only set you back $199.

In general, the best choice for you depends on what you need from a wearable device today. If we were to pick something, the Watch SE bridges the gap between the high cost of the Series 6 and the technological deficiency of the Series 3 very nicely, doing subtle compromises that most people won’t miss to cut down $120. Compared to Series 3, the SE offers a whole lot more for only $80 more.