What Are Shareware and Freeware – Why Can They Be Dangerous? 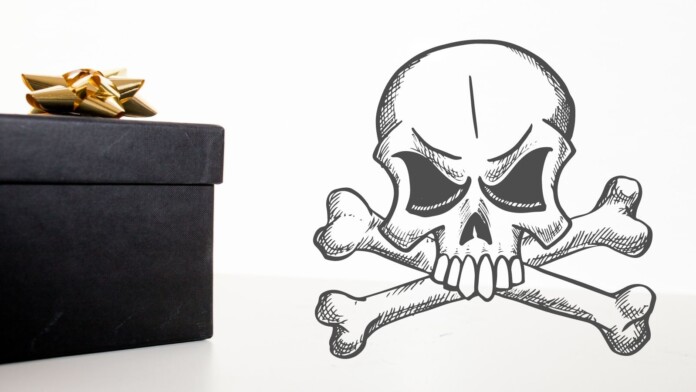 No one likes to pay for software, but most people also don’t want to be pirates. Shareware and freeware applications offer us a way to access useful software for free, without breaking the law.

Shareware and Freeware Vs. Open Source

When it comes to software you don’t need to pay for, there are actually three choices.

Shareware is copyrighted software that you can download, share with other people and use for free. Shareware is usually a limited version of a full, paid software package. Sometimes the limit is time. You might have a few weeks or a month to try the software before it requires a purchase. Other forms of shareware might not have a usage limit but will lock certain advanced features behind a paywall.

Freeware is also copyrighted, proprietary software, but it has no limits on its use. You can share the program, it has its full capabilities, and there are no paywalls to contend with. Freeware developers sometimes rely on voluntary donations (donationware) or make money by having advertising in the app or on their website.

The Safety Advantage of Open Source

Why make this comparison? Because it helps make one of the main safety concerns of shareware and freeware clear. Because Open Source software can have its code scrutinized by the whole community, it makes it virtually impossible to hide anything malicious in it.

Moreover, software features that might be a problem for user privacy also can’t be hidden and can be easily removed in a fork of the software.

Shareware is generally a less than useful form of software, but it comes in many different flavors. Some are a bigger issue than others, but it’s good to have a broad view of how shareware can be presented to you.

Adware is usually associated with freeware, but nothing is stopping a shareware author from tacking this model on to their shareware package. It’s basically software that has online advertising (or perhaps a sponsorship deal) so that the author can make money every time you open the application.

Having ads in an app is annoying at best, but it’s even more annoying when it’s in an application that’s also crippled shareware rather than a full freeware package. Adware can also be properly malicious, loading viruses and other malware on your system. Sometimes you need to resort to anti-adware software to get it off your system!

Trial shareware, as already mentioned above, gives you the full application to try for a set amount of time and then deactivates itself. Sometimes key features are missing, or there will be a watermark applied to outputs. So you need to pay for the full software before it’s actually useful, in some cases.

Freeware usually offers a fully-functional piece of software, but there are different kinds of “free.” There are basically four kinds of freeware.

At the most basic level, a freeware application can be no more than what it says on the box. You run it, it does what you need, and you close it when done. It’s a gift to everybody. The developer might have other paid applications that are mentioned in the app, but that’s about it.

Then you get freeware apps that are “donationware,” which we mentioned briefly earlier. The owner might ask for a donation in the application or ask for it on their website. Donations are completely voluntary and can be any amount. Not offering a donation does nothing to hurt the functionality of the application.

Many freeware programs are also adware. The developer makes money by putting adverts in the application. These can be in your face or tastefully done. Your mileage may vary.

Now that we know what we’re talking about when it comes to shareware and freeware, it’s time to highlight the specific threats these software types pose. Because you can simply download these applications and install them whenever you want, shareware and freeware are very popular. Because they make it onto so many computers and devices, this makes them a prime vehicle for getting malicious things in through the back door. Thus, viruses and other malware are a key threat when it comes to these free software downloads.

In the case of freeware, in particular, the odds of vulnerabilities and exploits are higher than with commercial paid software. Since these developers usually don’t have the resources to patch or maintain the security of their software.

Shareware and freeware software often includes a so-called drive-by download. This happens when another (usually sponsored) piece of software is installed alongside the app you actually want. Because so many users simply click “next” in installation wizards, they accidentally approve these installations.

Shareware and freeware software can also be risky because they increase the chances of your data being stolen. You also don’t know the application’s provenance or who might have altered or tampered with the software.

Protecting Against the Risks of Shareware and Freeware

You should always be extra wary of shareware and freeware, but that doesn’t mean you should avoid it completely. By taking a few sensible precautions, you can reduce the risk of a rogue free application causing issues on your computer or device.

Here’s what we suggest:

It’s also a good idea to look for open source alternatives to any freeware or shareware software you encounter since the chances of that software being compromised are generally lower, though not impossible.