How to Watch ‘Nickelodeon,’ ‘Nick Jr.,’ ‘Nicktoons,’ and ‘TeenNick’ Online 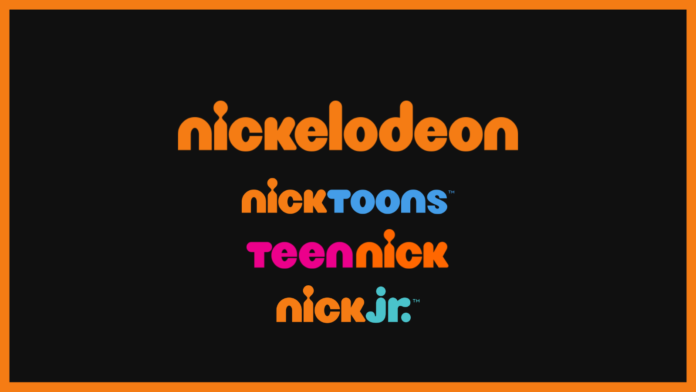 Nickelodeon has been around in the United States since 1977, and it has grown to have a lot more sister channels, such as Nick Jr., which focuses on the younger children, Nicktoons or TeenNick. The content varies from network to network, but they do feature a lot of shows that we’ve come to love over the years, which is pretty awesome.

Nickelodeon reaches some 87,000,000 households across the United States, but the channels are available worldwide, so it means that there are tens of millions more viewers.

How Can I Watch Nickelodeon, Nick Jr., Nicktoons, and TeenNick Online?

In today’s world, we like to be as flexible as possible, including when it comes to watching the content we love. So when you are traveling with the kids or spending hours waiting for some appointments, then you want to be able to offer the kids something to do spend their time with without running around through the office. For instance, watching TV online is a great option, and it is something that we should all be doing nowadays because it gives us a lot more freedom of movement. One of the best platforms when it comes to watching Nickelodeon, Nick Jr., Nicktoons, and TeenNick is fuboTV, which is a platform that enables people to watch hundreds of networks online. Start your 7-day free trial on fuboTV now!

You will find that Nickelodeon and Nick Jr. are available in the main bundle, which is called fubo Standard, while Nicktoons and TeenNick are present in the fubo Extra channel pack. One of the cool things about fuboTV is that it is available for a ton of platforms, including iOS and Android phones and tablets, Apple TV, Android TV, Fire TV, Chromecast, Roku, and more. (Note: fuboTV is a service that only works in the United States, so if you’re going to be traveling abroad and want to continue having access to the service so you can watch any of the Nickelodeon channels, then you will need a VPN. Click here to learn exactly what you have to do to make this work.)

Hears how you can start your 7-day free trial on fuboTV:

Other Ways to Watch Nickelodeon, Nick Jr., Nicktoons, and TeenNick

Sling TV – Another way that you can watch these beloved channels is with the help of Sling TV. This one is a platform that has three bundles to choose from, and it is highly customizable. In the Blue and Orange + Blue bundles, you will find the presence of Nick Jr., while Nicktoons and TeenNick are available from the Kids Extra pack. Also, if you go for the Orange bundle, you can get Nick Jr. and TeenNick from the Kids Extra pack. Start your Sling TV subscription by saving money on your first month! There are quite a few differences between the bundles, in the sense that each one of them gives subscribers a certain number of simultaneous streams to enjoy. For example, Orange subscribers can only watch on one device at a time, while Blue subscribers can watch on up to three of them. Orange + Blue subscribers get four simultaneous streams for the whole family. There are also a ton of channel packs and premium networks you can add to your subscription if you want to that.

Philo – Philo is another great service that is super easy to navigate. There is a single bundle available, and it includes all the channels you want to watch, namely Nickelodeon, Nick Jr., Nicktoons, and TeenNick. Start your 7-day free trial on Philo now! There are no extra channel packs and no premium networks, and there are also no add-ons, so there is no way to expand the platform’s features. It’s also worth the mention that subscribing to Philo is super cheap.

How Can I Watch Nickelodeon, Nick Jr., Nicktoons, and TeenNick When Traveling Outside of the United States?

When you travel outside of the United States, there are some limitations to what you can do because live TV platforms and streaming services are all geo-blocked, which means that you won’t be able to access them when you leave the United States. This is something that can be quite annoying, but it is something that you can bypass rather easily by using a VPN that can change your IP address in just a few moments.

We can recommend you use ExpressVPN, which is one of the best on the market today, with thousands of servers across the world and tight security and privacy features to keep your data safe.

Here’s how you can set up ExpressVPN so you can watch Nickelodeon channels wherever you go:

Can I Watch Nickelodeon, Nick Jr., Nicktoons, and TeenNick on the Network’s Website?

Unfortunately, there is no way to enjoy watching Nickelodeon channels online on their website, as you can do with other channels. You will, however, be able to watch episodes on-demand from your favorite shows. In order to do this, you need to log in to an account by using credentials from your TV provider. If you want to watch the channels live, you will need to have a subscription with one of the above-mentioned live TV services, such as fuboTV, Philo, and Sling TV.

What Content Can You Watch on Nickelodeon, Nick Jr., TeenNick, and Nicktoons?

These channels have some of the coolest shows that are on the market today, and you get to watch them all online if you subscribe to the right platform. Here are some of the shows you’ll be able to watch on the Nickelodeon channels: