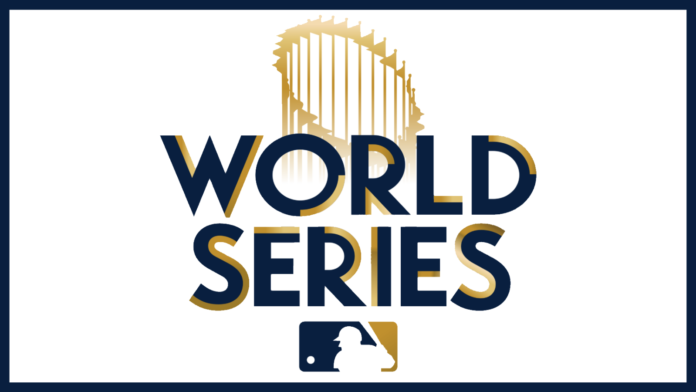 The 2019 World Series is drawing near, and we're going to see who's taking home the trophy over the course of a week.

The World Series is a best-out-of-seven playoff played between the champions of the American League and the National League. This year, the Houston Astros is the leader of the American League, while the Washington Nationals is the leader of the National League. The fact that the Nationals has made it this far is a feat for a Washington, D.C. team since none had reached a World Series since back in 1933. As for the Houston team, they've made it to the World Series three times in total, and the second in three years.

This is the second World Series to feature two expansion teams, which means they're new additions to the league, from a city that has not hosted a team before.

The MLB World Series is scheduled to kick off on October 22nd and may end anywhere between October 26th and October 30th, depending on how many games are necessary, since this is a best-out-of-seven championship.

The MLB World Series 2019 will kick off on October 22nd, with games scheduled almost every day through October 30th. The last three games are only going to be played if necessary, so we'll just have to wait and see how this finale plays out.

Here's the full schedule for the event, complete with the home team and the field the game takes place on.

* - To be played only if necessary

Who Has the 2019 World Series Broadcasting Rights?

While the regular MLB season is broadcast by multiple networks, the World Series only has one home - Fox. This will be the 20th straight year that Fox broadcasts the World Series, and the next couple of years will also see them taking the lead.

Joe Buck will be the play-by-play announcer of the event, while John Smoltz will be the color commentator, while Ken Rosenthal and Tom Verducci will be field reporters. The pregame shows will be hosted by Kevin Burkhardt, alongside analysts Frank Thomas, Alex Rodriguez, David Ortiz, and Dontrelle Willis.

All games telecast on Fox will also be available to watch on MLB.TV by subscribers who are authenticated through a participating pay-TV provider. Read more about watching on MLB.TV here.

How Can I Live Stream the 2019 World Series?

As we've already discussed, the World Series is broadcasted by Fox, which means that you can easily enjoy the event online. One of the best platforms for those who want to watch Fox online is fuboTV, especially if you're a sports lover. We say this because one of the main focuses of fuboTV is sports, as it features a ton of channels that are dedicated to this. Start your 7-day free trial on fuboTV today!

Not only does fuboTV feature Fox in its main bundle, but it also features a ton of other content that we're sure you'll love spread out in numerous channel packs that you can add to your subscription. fuboTV works on a wide range of devices so you can watch the games on whatever device you have on hand when the event starts - Amazon Fire TV, Android phones and tablets, Android TV, Apple TV, Google Chromecast, iOS phones and tablets, Roku, and Samsung Smart TVs. (Note: Fox is a channel that broadcasts in select markets only, even on fuboTV, so if you happen to live somewhere that does not have access to the channel you can simply use a VPN to connect to a server that's located in one of these cities where Fox is an option. Click here to find out how you can do this.)

Here's what you need to do to set up your 7-day free trial and watch the 2019 World Series on fuboTV:

Other Ways to Watch the 2019 World Series

Sling TV - Another way that you can watch the World Series is with the help of Sling TV which is a highly customizable platform. There are three bundles here, but Fox is only present in two of the - Blue and Orange + Blue. Start your Sling TV subscription by saving 40% OFF the first month! Your choice in the bundle will influence the number of devices you can watch content on, with Blue subscribers having access to three simultaneous streams, while Orange + Blue subscribers get four of them. You can deeply customize your platform by adding a wide range of packs, depending on your preferences.

Hulu - You'll also find Fox over on Hulu. There's a single bundle of channels present on Hulu, and your subscription to the Live TV plan will also get you access to the video-on-demand library that Hulu's been building for years. Start your 7-day free trial on Hulu! You can add a couple of channel packs on Hulu, as well as various premium networks so you can make the platform more "yours."

YouTube TV - Another service we must mention is YouTube TV. Since they're the main sponsor of the event, we really can't leave them out. Plus, YouTube TV is a great service that only features a single bundle of channels. Start your 7-day free trial on YouTube TV now! On YouTube TV, all subscribers enjoy unlimited cloud DVR storage space and the possibility of watching content on three devices at once.

How Can I Watch the 2019 World Series Outside of the United States?

One thing you have to keep in mind when traveling outside of the United States is that even if you pay for a service or another, you're not going to be able to access any of them. This happens because licensing deals don't allow these platforms to stream content beyond US borders. As annoying as this is, it's pretty common. Plus, it's also something that you can overcome quite easily by using a VPN to change your IP address and trick the site into thinking you are still in the United States. We'll direct you towards ExpressVPN because it's easily one of the best on the market today, with thousands of servers across the world, dozens of them in the United States, and tight security and privacy features to keep your data safe.

Here's what you need to do to watch the World Series when outside of the United States:

Watch World Series 2019 in the UK or Canada

How to Watch World Series on MLB.TV

While you may not be able to watch the games over on the MLB Network channel, you can still stream the content over on MLB.TV as long as you have an active subscription. US users also have to authenticate to one of the participating pay-TV providers such as Arvig, AT&T/DirecTV, Charter Spectrum, Cox, AT&T TV Now, Dish, Frontier Communications, Optimum, Suddenlink, Verizon FiOS, Wow, and others.

Can I Watch the 2019 World Series on the Fox Website?

This is something that baseball fans can do because the Fox website features a live stream that you can access. The only thing you need to do is to sign in to an account with the help of credentials from your TV provider, be it a live TV service or a cable company. There's even a Fox Now app that you can download for your devices. (Note: Both the Fox website and app are geoblocked so you're going to need a VPN if you want to access them when traveling outside of the United States. Click here to learn how you're going to do this easily.)

Can I Watch World Series 2019 with a TV Antenna?

That is something that you can do as well since Fox is a channel that broadcasts over the air, which means that you can use a TV antenna to access the content. TV antennas are devices that are super easy to use and they're also quite cheap to purchase.

We do advise you to check out a site like NoCable before making any purchases because it will tell you which channels are available over the air in your location and how far are the TV stations broadcasting in your area so you can figure out what range you need your device to have. We also provided you with a list of great devices we think you'll love so check those out as well.

We cannot wait to hear back from you so you can tell us who you're rooting for in this World Series! Drop us a note int he comments section you'll find below the article. Share it with friends and family so they can find a better way to watch the 2019 World Series without cable and follow TechNadu on Facebook and Twitter for more tech news, guides, reviews, and interviews.