How to Watch ‘FYI’ Online – Live Stream Your Favorite Channel 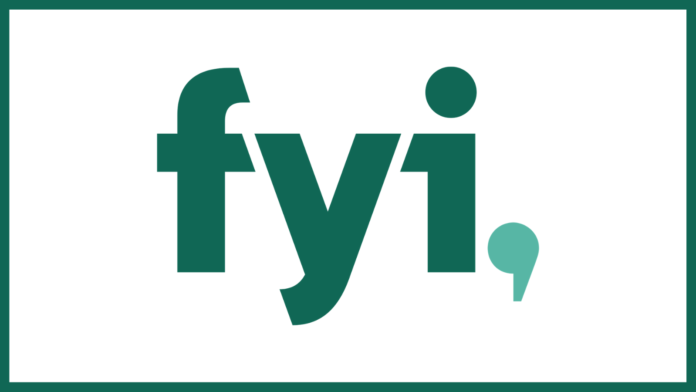 FYI is a cool network that gives us a varied collection of programs, which makes us appreciate it. We loved watching FYI online, so join us in figuring out the best way to do this yourself.

FYI was originally launched as The Biography Channel, back in 1999. After suffering several more changes over the years, it finally landed on FYI in 2014.

With close to 70 million households across the United States, FYI delivers a mixed collection of shows, varying from reality TV series, culinary programs, home renovations, and many more.

How Can I Watch FYI Online?

In today’s world, we spend lots of time online, and we use that time to get information, to socialize, and also to keep up with our favorite shows and movies. Watching TV over the Internet is something that is super easy to do thanks to the many live TV platforms that have seen the light of day in recent years. One of the best platforms to watch FYI online is Hulu, which has a single bundle of networks that you will certainly want to check out. Start your free trial on Hulu now!

When you subscribe to the Hulu Live TV service, you will also get access to the On-Demand content, so you have two platforms in one. Hulu works on pretty much any device you have at home, including iOS and Android smartphones and tablets, Apple TV, Android TV, Fire TV, Chromecast, Roku, PlayStation 4, and more. (Note: Hulu only works in the United States, so if you’re traveling abroad, you will need a VPN to access all the content you are interested in. You can click here to get more details about those extra steps you need to take.)

Here’s how you can sign up for your free trial on Hulu:

Other Ways to Watch FYI Online

Philo – Our list continuous with Philo, which is a cool platform that has a single bundle of networks. You will find out FYI is part of this specific bundle, as there are no channel packs, no premium networks to speak of, so this is everything they have to offer. Start your free trial on Philo now! One thing you should know about Philo is that it has a great channel combination and a competitive price. Also, it brings some great perks for all subscribers.

fuboTV – We also have fuboTV on the list, and this service is pretty awesome because it has about one hundred networks in the main bundle, which is also where you will find FYI. It features tons of sports channels since the platform was originally built for sports fans, expanding later on to incorporate a lot of entertainment options, including FYI. Start your free trial on fuboTV now! There are also plenty of channel packs that you can add to your subscription, as well as various premium networks you might want to take into consideration.

Sling TV – FYI is also part of Sling TV’s offering. On Sling TV, you will find three bundles to choose from to start things up, namely Orange, Blue, and Orange + Blue. The bundles are set apart by the channel combination in each of them, as well as the price, but also by the perks users get here. If you choose the Orange pack, you can only watch content on one device at a time, choosing the Blue pack will give you the possibility of watching on three devices simultaneously. The Orange + Blue pack is the one that adds four simultaneous streams. You can also customize your subscription to look exactly how you need it to, and you should remind yourself to add the Lifestyle Extra to your account because that’s where FYI is located. Lifestyle Extra will cost an additional $5 per month. You will also find many other channels in there, including FYI and various hallmark channels. Get $10 off (first month only) on Sling TV Now!

How Can I Watch FYI When Traveling Outside of the United States?

When you’re outside of the United States, you need to make some preparations because all live TV platforms and streaming services you are accustomed to easily accessing when at home are suddenly blocked for you. This mostly happens because all these services have to respect the licensing deal they signed, which clearly stated exactly where they are allowed to stream the content – which, in our case, it’s only going to be the United States. You can solve the problem rather easily with the help of a VPN. These tools are super easy to use, and they will allow you to be anywhere you need to be by spoofing your IP. We always use ExpressVPN because it’s a super cool tool that has thousands of servers everywhere in the world, and some great privacy features that will certainly come in handy.

Here’s how you can use ExpressVPN to watch FYI anywhere:

Unfortunately, watching the FYI live stream on the network’s website is not going to be possible because there is no live stream available. Therefore, the only way you’re going to watch the channel live online is with the help of the live TV platforms we already discussed, namely Hulu, Philo, fuboTV, and Sling TV. Episodes of the shows you enjoy are uploaded pretty fast after they air – if that’s any consolation.

What Shows Can I Watch on FYI?

FYI has a very selection of shows available to watch, and they’re all pretty interesting. Here are some of the titles you will find on the network