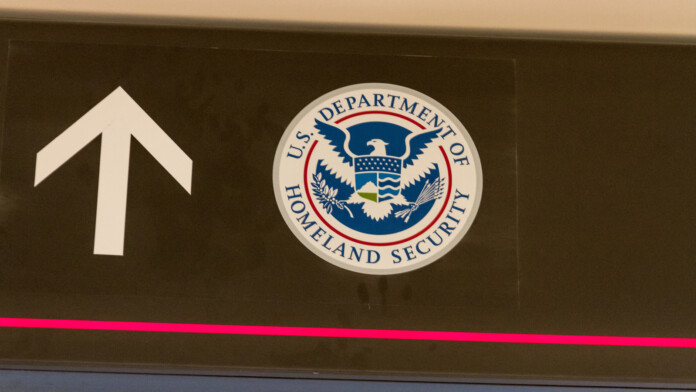 The United States Department of Homeland Security is pushing for legislation that will make it possible for border checkpoint agents to use facial scanning and recognition tools. The suggestion is the creation of a seamless biometric entry-exit system that would scan all travelers, including U.S. citizens. According to the proposal, the travelers should be photographed upon entry and departure, so that the authorities can identify criminals, terrorists, and all the people who use fraudulent travel documents for any reason. Obviously, this is touted as a safety measure, and as expected, civil rights advocates are expressing their opposition to the measure.

Free traveling is a constitutional right in the United States, and thus the use of intrusive surveillance technology like face recognition scanners that could lead to prevention of travel is considered a violation at a fundamental level. Right now, Homeland Security does use such systems to scan visa holders and foreign visitors, but permanent U.S. residents were specifically exempted. So, Homeland Security wants to put everyone in the same bag now, which many see as an abuse of power and a blatant violation of their rights. Still, as the full proposal hasn’t been made public yet, those who would like to oppose it properly will have to wait.

The Homeland Security is currently trying to cover the twenty most visited airports in the United States with facial recognition systems, and the target completion year for this first step is 2021. For now, this endeavor has been met with multiple problems, both technical and operational, so the start hasn’t been exactly spectacular. What the Customs and Border Protection would like to prove is the usefulness of these systems, announcing that 1300 people who overstayed in the country have been caught thanks to the pilot use of these advanced checking systems.

The reliability and utility value of these systems are not the concerns of U.S. citizens. Their worries are focused on how agents use their personal data, what bias is involved in the process, and finally at what level is their privacy violated. If things move forward, it will also be interesting to see what the Federal Courts will have about the proposed violation of the citizens’ constitutional rights. Previously, they have ruled device searches on border checkpoints unconstitutional and called for the end of the practice. Considering this, it is unlikely that they will accept this latest proposal for mandatory face scanning.

Would you accept the Department of Homeland Security proposal for your safety, or would you oppose it? Let us know where you stand in the comments down below, or on our socials, on Facebook and Twitter.