Ukraine Officials Say the Formation of a “Cybertroops” Force Is Underway 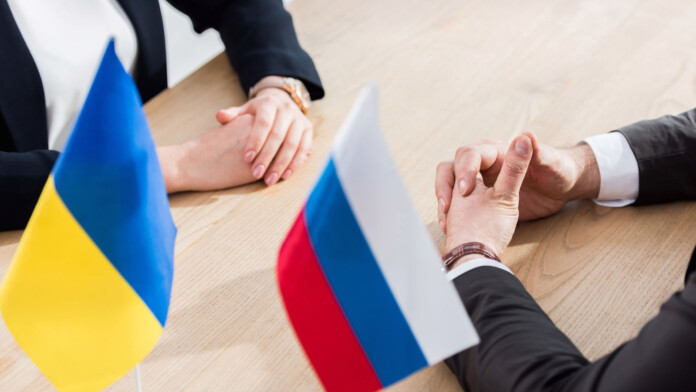 Oleksiy Danilov, the Secretary of the National Security and Defense Council (NSDC) in Ukraine, has stated that forming a new “cybertroops” force in the country is only a matter of time now. The official informed the public during a TV interview, stating that the decision was taken unanimously during the recent NSDC meeting. A cybersecurity plan for the next five years was also discussed. As such, President Volodymyr Zelensky is expected to issue a relevant decree soon.

The political tensions between Ukraine and Russia are going through another period of classes unfolding on all levels, from thorny statements to military engagement involving hundreds of thousands of troops in and around Donbas.

Whenever there is warfare, there’s also cyberwarfare, as we characteristically saw in February 2020. Back then, researchers identified activity attributed to the “Gamaredon” APT group, a Russian state-supported cyberespionage group. According to these reports, Gamaredon systematically hit key Ukrainian military and government entities, stealing valuable information that could then aid military operations.

Ukraine would obviously like to defend against this activity and engage in cyberwarfare against the Russians, too, so creating a special force appears to be a one-way road at this point. In fact, the country has been planning this since 2019, but it is unknown why the matter remained stuck for over two years.

Other relevant things discussed during the recent NSDC meeting include cybersecurity-related partnerships between public and private entities in the country and also the roll-out of biometric-based security. The former may concern a mechanism that notifies the state when key private entities are breached by hackers, whereas the latter looks like an effort to make the work of foreign network infiltrators harder.

At the start of the month, NSDC announced the strengthening of Ukraine’s cooperation with Estonia in the context of cybersecurity. As the NSDC Secretary stated then:

Ukraine is at the forefront of the fight against hybrid aggression, and our task is to strengthen cooperation in the cybersecurity sphere with NATO structures and member states, as Russia has recently significantly intensified the information war.

Estonia hosts NATO’s cyber center, CCDCOE (Cooperative Cyber Defence Centre of Excellence), offering information sharing, R&D, consultation, and defense resources to its members. It is sponsored by 22 nations, including the United States, Germany, France, UK, Italy, and Belgium. The international relations of Russia and these countries are going through turbulent times, while Russia was suspended from NATO back in 2014 when the Ukraine crisis started.