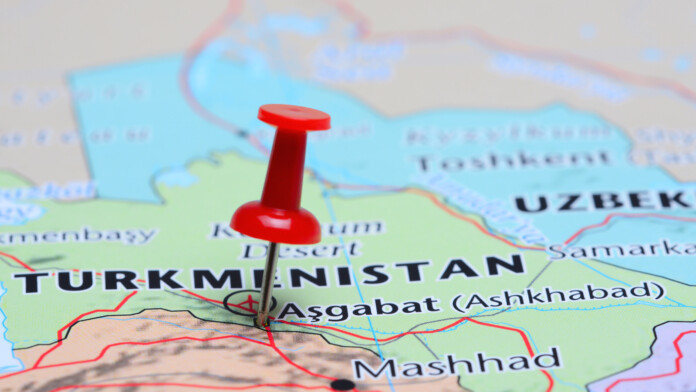 According to a Russian news outlet, the government of Turkmenistan has started blocking VPN apps in the country. VPNs were already illegal in Turkmenistan, and at the start of the year, VPN applications on the Google Play Store faced severe restrictions in the area. The country is ruled by “presidents for life” institutions, so you can get the idea of what is going on there. The Human Rights Watch has stated the following about the country: “Turkmenistan remains one of the world’s most repressive countries. The country is virtually closed to independent scrutiny, media and religious freedoms are subject to draconian restrictions, and human rights defenders and other activists face the constant threat of government reprisal.”

As expected, the citizens of Turkmenistan were actively searching for reliable VPN tools that would enable them to access parts of the internet that their government had blocked. However, this is coming to an end now, as people report that even the most popular solutions are getting blocked at a speedy pace. The sudden blocks have created problems with the subscription payments and the refunds, as many resellers deny any responsibility for the technical issues faced by the users.

As for the country’s officials, no statements have been made about the ongoing blocking wave, but this is to be expected. In Turkmenistan, there are no central internet and communications authorities and no official censorship bodies, so whatever happens, is directly ordered from the higher ranks of power. No laws apply, and no courts are involved in the process of sending blocking orders to ISPs. In fact, there are is no internet service provision market, as the only player in Turkmenistan is the state-owned “Turkmentelecom”.

According to the same news source, there is an unnamed cybersecurity service that was established in the country about a month ago. Since then, VPN users have been facing service interruptions. On September 6, the president signed a new “Law on Cybersecurity”, which contained much additional censorship and blocking actions hiding under the argument for more safety online.

It is characteristic that the government in Turkmenistan isn’t even allowing its people to use satellite dishes, as this would enable them to access independent media outlets. Even radio stations such as the freely-expressed “Radio Azatlyk”, which broadcasts from abroad is banned, and the regime is doing everything they can to forbid tuning to it.

What do you think about Turkmenistan and the VPN blocking action that is going on right now in the country? Share your thoughts with us in the comments section down below, or on our socials, on Facebook and Twitter.

Latest
Streaming
How to Watch Yellowstone Season 5 Online From Anywhere
Fans of Yellowstone are in for a treat as the Duttons are returning for a brand new season - so get ready...
Read more
Sports
Croatia vs. Brazil Live Stream: How to Watch World Cup 2022 Quarterfinal Match Online
The quarterfinals of the 2022 FIFA World Cup are here, and we are just eight games away from finding out the winner...
Read more
Streaming
How to Watch It’s A Wonderful Binge Online: Stream the Danny Trejo and Eduardo Franco Movie From Anywhere
It's A Wonderful Binge is the holiday romp you didn't know you needed as this year, The Binge happens miraculously on Christmas,...
Read more
TechNews