TunnelBear is hugely known for its transparent privacy policy, which has become a rare thing in the world of VPN providers. Unlike the majority of its competition, TunnelBear doesn’t just make claims to keep your data safe and sound. Instead, this company is willing to go through an independent security audit.

Just like the previous year, TunnelBear has been once again audited by Cure53, a respected cybersecurity company. The goal of this process was the allow Cure53 to fully inspect each and every aspect of TunnelBear over the course of 30 days. During that time, Cure53 has had full access to TunnelBear’s code, servers, and systems. So, let’s take a look at the findings, shall we?

The full report was published on Cure53’s website. This is where you’ll get to see that the overall report is quite positive. Among all the aspects of TunnelBear, it was discovered that the VPN service had 2 critical points to fix, 5 high issues, 3 medium, and 7 low issues. More importantly, all of those were promptly fixed as soon as the report was published. With this said, it’s clear that TunnelBear isn’t afraid to have its service audited by a third-party professional. And it’s also clear that this practice should become mandatory for every VPN provider out there. Sadly, not many VPNs are ready to have their service closely inspected.

It is also worth noting that this VPN provider has recently published an interesting transparency report. In this article, it was revealed that more than 25 million individuals have used this VPN in the last 7 years. More important, the company gave us another glimpse into what kind of data it collects and what of relationship it has with the authorities.

Even though TunnelBear does collect some data, it doesn’t collect any data that could identify you. This is important to know since this provider is now owned by McAfee, which is based in the USA. In the last 6 months, the company has received 4 requests for user data and only one account was able to be confirmed. However, TunnelBear didn’t have anything to give since it doesn’t collect personal data.

TunnelBear’s second annual audit has once again proved that this is a trustworthy provider. In addition, you can rest assured that TunnelBear keeps your private data in check, and it doesn’t leak anything you do online. In case you’d like to learn more information, make sure to read our full review of TunnelBear.

Are you a TunnelBear user and what’s your experience with this provider? Let us know in the comments section below? And finally, make sure to follow us on Facebook and Twitter. Thanks! 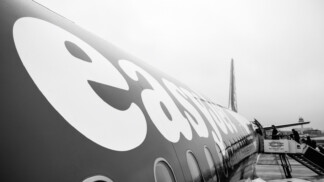