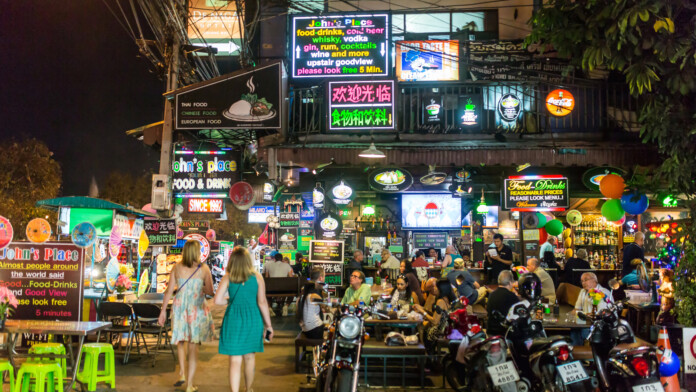 Thailand is going to implement an unprecedented user data collection system, demanding that coffee shops, cafes, and any other place that offers free WiFi to hand over user browsing data to the country’s authorities. The announcement came from the lips of Buddhipongse Punnakanta, who serves as the current Minister of Digital Economy and Society. Mr. Punnakanta told the press that the decision was made on the premise of helping the authorities to fight fake news and inappropriate online content, with the areas of focus being state policies, security, natural disasters, economy, and public health.

According to the new guideline, all operators of free WiFi spots will have to keep logs of their customers’ browsing activity for 90 days, and hand them over to the government’s anti-fake news center. This is the same authority that deemed a recent post of a young man in the country inappropriate, resulting in his arrest and conviction. With this case serving as an example, and also as a warning to all of Thailand’s citizens, the government wants to seal the deal with this new guideline and put an end to the posting of content that they don’t approve of. As they stated: “We are taking this seriously, and this arrest should serve as an example to others, that they should think carefully because it can have criminal consequences.”

If you’re wondering about the content of the post that resulted in the arrest of the 25-year-old Thai named Karn Pongpraphapan, that was a direct criticism of the country’s monarchy. The activist called for democratic elections, and the end of excessive police traffic blocking that’s even affecting ambulances. This wasn’t welcomed by the Thai regime, and they obviously considered it a direct threat to the national security, and the political leaders of the country.

With all that is going on, the citizens of Thailand should be using a VPN tool that will help them mask their browsing activity and identity, and avoid falling victims of irrational and almost arbitrary prosecution. If you’re on the look for a suitable VPN to use in Thailand, check our list with the five best products you should consider right now. Moreover, using a mobile browser that supports VPN, like Opera, should be considered compulsory from now on.

Do you have something to comment on the above? Let us know of your opinion in the devoted section down below, or on our socials, on Facebook and Twitter.