Stream The Final Quarter Of A Live NBA Game At $0.99 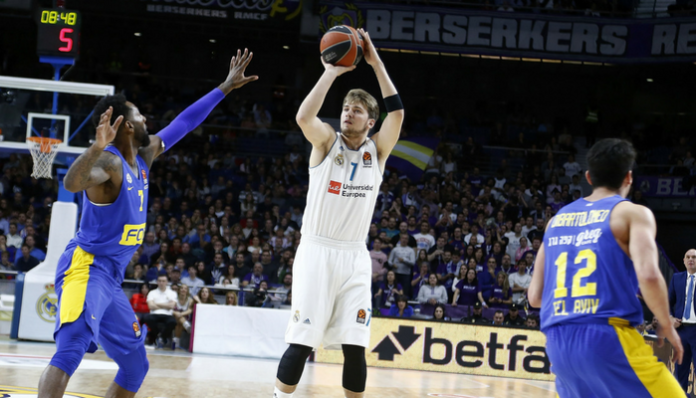 NBA is considerate enough to flood their fans with a boatload of subscription options so that they can enjoy the sport irrespective of their budgets. Along with the normal League Pass, which is a whole season-long, league-wide package, there are subscription plans which let users stream team-specific games or even allow them to pay for individual games as well.

Currently, the National Basketball Association is testing out a new streaming plan that lets users watch the last 4th quarter of a live, in-progress game for just $0.99. The news about the new micro-payment option spread out as soon as Vasu Kulkarni shared a screenshot on Twitter highlighting the new offer sent to him on his NBA app. 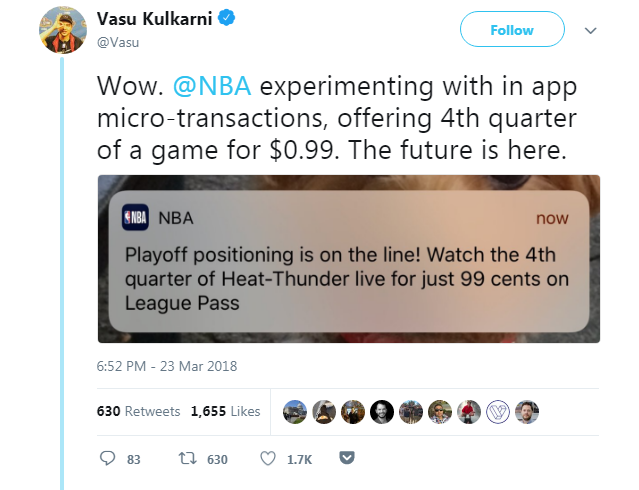 In the past, Adam Silver, NBA commissioner, has talked about his desires to introduce micropayment options, “I think you’re going to get to the point where somebody wants to watch the last five minutes of the game, and they go click, they’ll pay a set price for five minutes as opposed to what they would pay for two hours of the game.”

Darren Rovell, an ESPN reporter, is of the opinion that NBA can potentially use this micro-payments option and turn it into a “significant revenue stream.” It will have a huge impact on casual fans who are hesitant to pay the full priced packages. Also, it will be easier to make conversions by offering these streams when a player is on the verge of breaking a record or making a notable achievement.

Apart from basketball, this new micro-payment option can work wonders for other games as well. It will also have a huge impact on cutting down piracy rates. But on the same side, it will also come with some negative consequences as NBA’s own League Pass profits will stand a chance to be reduced significantly. Also, their cable partners will also be angered by a move such as this.