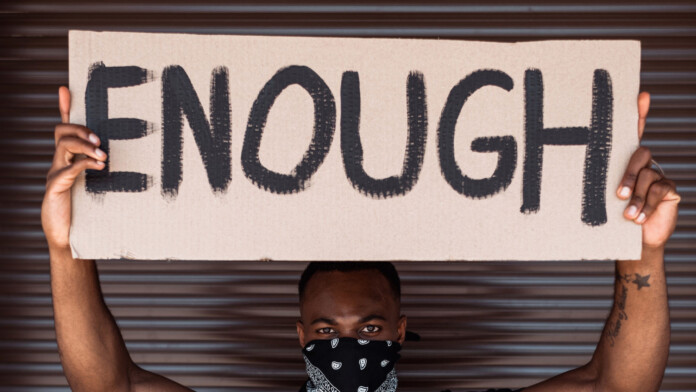 The Parler social media platform has gone offline, as Amazon has denied continuing to provide its services to the site and registrar Epik joined in the de-platforming effort. A day ago, Apple and Google ousted the Parler app from their app stores. CEO John Matze said that he cannot find any alliances, everyone is turning them down, their email providers have blocked them, and even their own lawyers have ditched them.

In this chaotic situation, some security researchers decided to scrape all public data from Parler and archive it.

As they explain, the reason they did this is to preserve evidence about all these people who promoted hate speech rhetoric, threatened the democratic values of the United States, and conspired to forcibly overthrow the elected officials.

Also, many of those who stormed the Capitol recently have left evidence of their participation in the form of images, posts, and other details on Parler, so the archived data will help the law enforcement authorities to identify, locate, arrest, and charge these people in accordance with the law. It doesn’t matter if these people deleted the self-incriminating posts later on, as the researchers still scraped the originals.

The 80TB of data includes user profile information and admin rights related to specific groups on the platform, posts, uploaded photographs, and even identity verification details.

However, the researchers have clarified that they only scraped what the Parler users made public themselves, so there was no hacking or aggressive data exfiltration involved in this effort. There are no email addresses or phone numbers or credit card numbers in the dataset – unless, of course, the users posted these themselves, and that wouldn’t be highly unlikely for far-right individuals.

It is true that not all of Parler’s users were actively planning or promoting acts of violence, so scraping and publishing everyone’s data seems a bit unfair to them. However, this should be generally accepted as a necessary sacrifice to ensure that the people responsible for disseminating hate will not get a second chance in the future.

This world has suffered enough from racism, violence, and extreme far-right nationalism, and “Trumpism” is at its core a mix of these things hidden behind lies and fabricated conspiracy theories.

Not only should internet users publish and re-share all that data, but they should pinpoint the worst cases to the authorities and then follow-up by strongly demanding immediate legal action against them.

One of the dark web’s most popular carding sites announced its shutdown.The operator claims that it’s time for retirement, giving users another...
Read more
Whatsapp

Finally! We know when we're going to get to watch WandaVision! The long-awaited series is coming to Disney Plus on January 15th,...
Read more
TechNews