Pluto TV Supported Devices: What Devices Is It Compatible With? 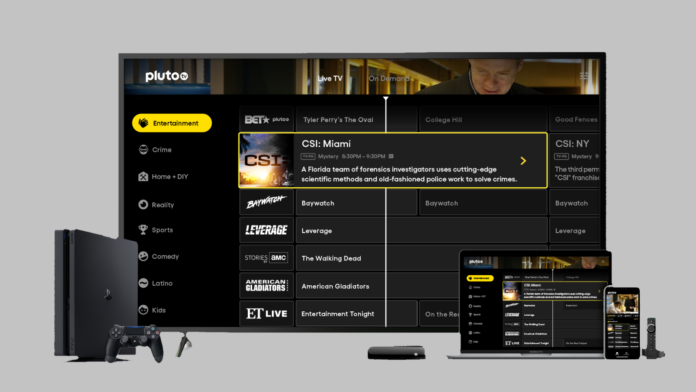 Pluto TV has been around for years, which also means that it has had plenty of time to grow its platform compatibility with all sorts of devices. Let's see which are the Pluto TV supported devices and which ones made the list!

In the years that have passed, moving through several expansions, a major acquisition, and continuous growth, Pluto TV has become the go-to service for those who want to watch TV for free, enjoy tons of content, and stream on-demand movies and shows by paying absolutely nothing.

Let's dive in and see what Pluto TV works on, keeping in mind that the compatibility list varies a bit outside the United States.

Pluto TV recommends computer users to watch Pluto TV via Chrome or Safari for the optimal viewing experience, but Firefox will work too.

Pluto TV has desktop apps created for Windows and Mac, and you can find both of them in the app store.

In Latin America, the smart TVs and streaming devices that work with Pluto TV vary.

Similarly to Latin America, in the European Union, Pluto TV works on different devices when it comes to smart TVs and streaming devices.

Pluto TV apps can be downloaded from the assigned app stores for each of these devices.

The Google Photos 'Locked Folder' is rolling out to Android and older Pixel devices that didn't get it at launch.This feature lets...
Read more
Social Media

Two top executives will be replaced as a part of Twitter's reorganization under the new CEO who took over the platform on...
Read more
TechNews