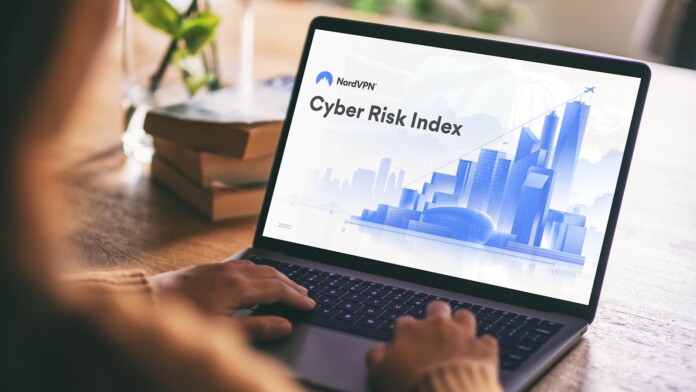 NordVPN, one of the leading VPN services on the global market, has partnered with Statista to conduct research regarding the cybercrime vulnerability of individual countries. More precisely, 50 countries (5.4 billion individuals) were covered by this research, thanks to data collected by Statista during the 2017-2020 timeframe.

Based on 14 different factors, NordVPN has processed the data and used it to calculate the Cyber Risk Index (CRI) – predicting the risk of individuals becoming a victim of cybercrime depending on the country of residence. The Cyber Risk Index ranges from 0 to 1, so the higher the index, the higher the risk. As you can see from the image below, countries like Iceland, Sweden, the United Arab Emirates, Norway, and the United States are the countries with the highest cyber risk. On the other end of this spectrum, we have countries such as India, Nigeria, Iraq, Indonesia, and South Africa – with the lowest cyber risk.

As mentioned earlier, NordVPN has considered 14 different factors before compiling their CRI. These factors are related to the socio-economic status of individual countries, their Internet (as well as online gaming and VoD) penetration levels, public Wi-Fi availability, social media penetration levels, overall crime index, and more. By collecting and then comparing this data, NordVPN was able to draw conclusions about which countries are at a higher risk of malicious actors targeting their citizens. So, let’s review some of the results of this research.

Malicious actors primarily target individuals from developed countries, giving them the highest chance of monetizing their efforts. Aside from the generally higher socio-economic status of their citizens, developed countries also show high levels of Internet penetration, urbanization, and digitalization. In other words, citizens of more developed countries do not only spend more time online (which increases their exposure to cybercrime) but are more likely to become targets (both direct and indirect) due to their income – which is higher than in less developed countries.

As per NordVPN’s Cyber Risk Index, the countries of Northern Europe are “the most dangerous place in the world (to be online).” That’s because these countries have the highest penetration levels of the Internet, smartphones, and social media networks. They also offer the highest average monthly wages in the world. Other than that, e-commerce is widespread in this part of the world, and it’s proven that Northern Europeans travel abroad the most. Iceland takes the lead here, being followed by countries such as Sweden, Norway, Denmark, and Finland.

India stands out as the country with the lowest Cyber Risk Index. However, as NordVPN points, there are plenty of reasons for that. Not many Indians are online, as the country’s Internet penetration is at 35% right now. Less than 25% of Indians use smartphones, and 34% of this country’s citizens live in cities. However, Indians who use the Internet are at much higher cyber risk – since they are spending 7 hours and 47 minutes per day online. That is more than one hour longer than the average of all 50 countries included in this research.

NordVPN’s research concludes by saying that over a billion individuals will become new Internet users in the next five years. It’s predicted that this growth will mostly come from low-risk countries (such as India, China, and Nigeria). It means that cybercriminals will get access to a much larger pool of targets, so the overall global cybercrime landscape is poised to change. Still, individuals from countries with high-income economies will remain the primary target.