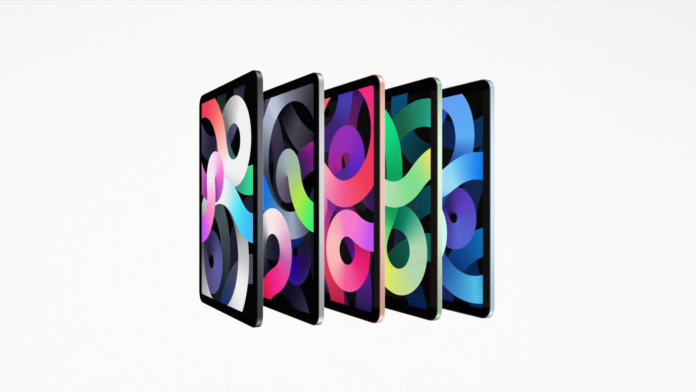 A new generation of iPad Air tablets was announced today during the ‘Time Flies’ event, and Apple is not wasting any time when it comes to shipping the new devices to stores all over the world. As such, we can expect to see the new iPad Air on the shelves sometime next month.

The announced prices are $599 for the Wi-Fi version and $729 for the Wi-Fi + cellular versions. It’s also worth noting that you can also get them with 64GB or 256GB of internal memory.

According to Apple, the iPad Air 4 will be available in 30 countries and regions, including the US. There are no further specifics in this regard, but we can expect it to be available in Europe, Asia, and Australia, starting in October.

The other good news is that if you purchase a new iPad Air 4, you will also enjoy a year of Apple TV+ for free. This offer is only going to be available for a limited time.

In terms of hardware, the iPad Air features a 10.9-inch laminated screen, which runs at a very respectable 2360 by 1650 resolution. The display also includes TrueTone support, as well as P3 Wide Color.

The CPU that will power the iPad Air 4 is the A14 Bionic, which is advertised as being faster and more efficient than the previous models. In addition, the new tablet will also run the recently announced iPadOS 14, which will unlock new possibilities for everyone.